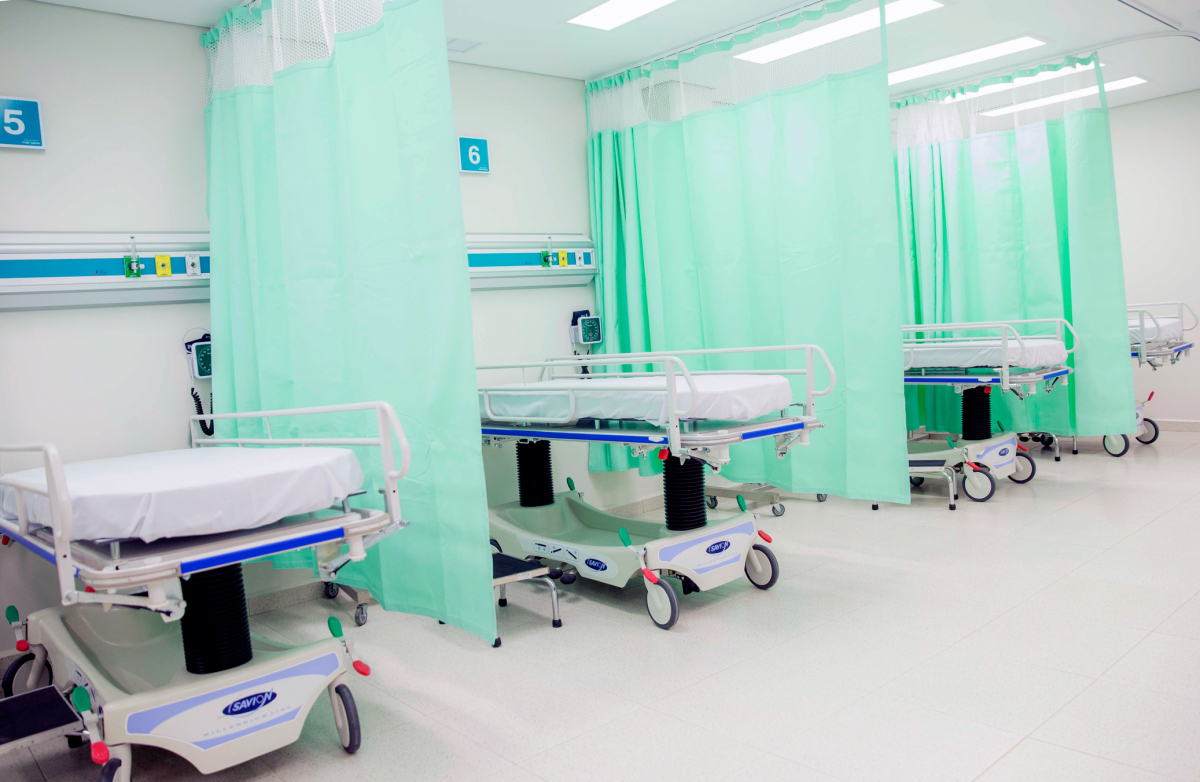 More than 100 hospitals in the U.S. have laid off workers since the pandemic began.

More than 100 hospitals in the U.S. have laid off workers since the pandemic began. Tens of thousands of medical workers are furloughed at the exact moment hospitals should be staffing up and training everyone in intensive care.

Expecting a tidal wave of very sick patients, many of whom could be unemployed and uninsured, many hospitals have ended all elective procedures, one of their most lucrative sources of revenue. Since insurance in the United States is primarily tied to having a job, hospitals anticipate being left with egregious costs they have no hope of ever being able to recoup.

And hospitals have been competing with each other to buy stockpiles of personal protective equipment (PPE). “That has resulted in extraordinary expenses piling up at exactly the same time that we’ve intentionally driven volumes down by more than 50 percent,” said Nacogdoches Memorial Hospital CEO Gary Stokes when explaining his decision to furlough staff.

Like a bidding war on eBay, states are driving up the costs of PPE. States that have yet to be hit with a virus surge are hoarding what resources they have rather than sharing with their neighbors, out of fear there is not enough to go around.

This pandemic is exposing what should have been obvious for a very long time: we should treat public health like we do fire protection, public schools, road maintenance, garbage pick-up, and any other service vital to our existence as a society. Health care should be a publicly financed and administered service guaranteed to everyone.

Nobody should worry they won’t get a ventilator because they live in a poor zip code or because another state paid more to stockpile ventilators before the virus hit their region.

Hospitals and states should not be competing for protective equipment, ventilators, and staff. Instead, the federal government should coordinate allocation and distribution across the country. That means ditching the market and embracing a public system with the leverage to set prices and ensure that resources are not hoarded but sent to where they are needed.

This isn’t pie in the sky. Spain and Ireland have both nationalized their health care systems during the crisis. Even New York State has combined all the state’s hospitals into one large system under the New York Department of Health, in the hope of limiting market competition for workers and equipment and instead coordinating based on need.

Of course, we should also ensure that patients and hospitals don't go bankrupt by expanding Medicare to cover everyone in the next stimulus package.

This could be done, but the hospital executives, pharmaceutical companies, medical supply companies, insurance companies, and the billionaires who own them will stop at nothing to keep amassing wealth from the lifeline they have all mismanaged so catastrophically. We will have to rip the resources we need to survive from their hands. We will have to fight.

Chris Brooks is a staff writer and organizer with Labor Notes.chris@labornotes.org
Related
Striking Massachusetts Nurses Outwait Corporate Giant Tenet »
Bay Area Transit Workers Organize for Hazard Pay, Build Toward Contract Campaigns »
Whose Safety? Our Safety! »
Steward's Corner: How to Bargain for a Healthy and Safe Return to the Workplace »
Workers Have Leverage. It's Time to Use It. »