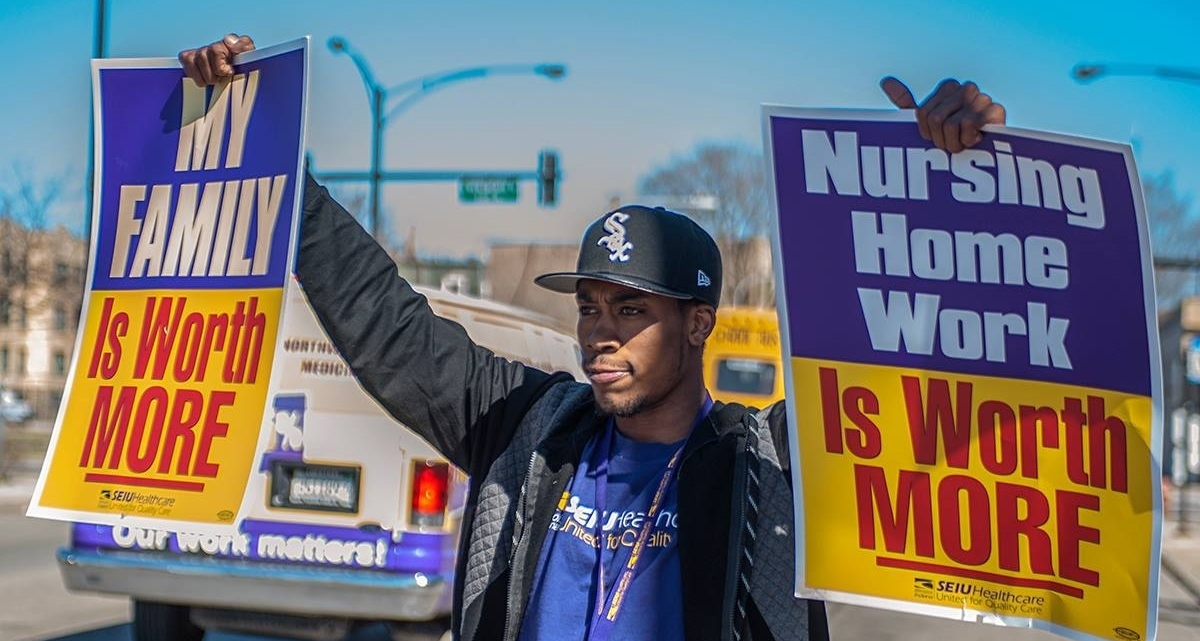 Contract time is a gift. On an ordinary day, any number of work, family, and personal concerns compete for union members’ time and energy. But when your contract is about to expire, when your wages and benefits are on the table, when there’s a chance of a strike or lockout—that’s when your union has more of its members’ attention than at any other time.

And that makes the contract campaign a tremendous opportunity for organizing. You can make great strides not only in the contract terms you negotiate, but also in getting new people involved and beefing up union power on the job. Recently we've featured three stories of union activists doing just that.

Transit workers in Fairfax, Virginia, revived their ailing local as they pushed for higher wages and bathroom breaks. They’re in a “right-to-work” state, and at the start of their contract campaign fewer than half the bus drivers, mechanics, and utilities staffers were union members—but by the end, 85 percent were. The local also netted a bunch of new stewards, saw meeting turnout swell from seven or eight people to 150, and got an obstructionist vice president fired. Not bad!

Ten thousand nursing home workers in Illinois, spread across 103 different locations, had never come close to a strike before. But with negotiations stalled out—their master contract had been expired for two years, many members were languishing at minimum wage, and staffing levels were abysmal—the local mounted a campaign to build to a potential strike.

Along the way, the union expanded its bargaining committee to 85 members, recruited workers in each nursing home to picket captain and strike committee roles, and got thousands committed to walk out. Hours before the strike deadline, the employers agreed to raises and new staffing guidelines.

And in Philadelphia, rank-and-file teachers who have been working under an expired contract for four years decided not to wait any longer for their union officers to plan a contract campaign—they’re doing it themselves. The teachers surveyed their co-workers and discovered they weren’t the only ones impatient for action. So despite opposition from above, they organized an informal May Day walkout that attracted hundreds of participants.

All three stories show that a strike—or even the credible threat of a strike—still has power. The bosses reacted. And to get co-workers ready, in each case workers relied on the building block of good organizing everywhere: one-on-one conversations. There’s just no substitute.

They all developed tools to help prompt those conversations: an action survey, a catchy slogan, a newsletter in several languages, a nomination petition, a picket sign-up sheet, even a text messaging app. But as we wrote in Secrets of a Successful Organizer, a leaflet or any other such tool is mainly useful to start conversations, call attention to your issue, and create a network of who talks to who. The talking is still the key.

Two of these stories ended happily in contract settlements; one campaign is still ongoing. But to the shop floor organizer, the battle doesn’t end when the contract ink dries. After you use a great contract campaign to reinvigorate your local, the next trick is keeping the organizing momentum going.

That fabulous new leader who stepped up on the contract action committee? She should now be recruited and trained as a fabulous shop steward, enforcing the contract she helped to win.

That nervous night shift crew who bucked each other up to sign their first petition or join their first sticker day? Those guys can take the next step by confronting their supervisor together to get a workplace problem fixed.

That tough demand you just couldn’t muster enough leverage to win? Now’s not too early to start planning out what it will take to win it next time.

Plenty of workers will justifiably complain that the only time they see the union rep is at contract time. Don’t be that union. The real test for any union coming off a contract campaign, is whether it will keep the organizing going over the long haul.