How You Can Help Inspire and Train a Stronger Labor Movement 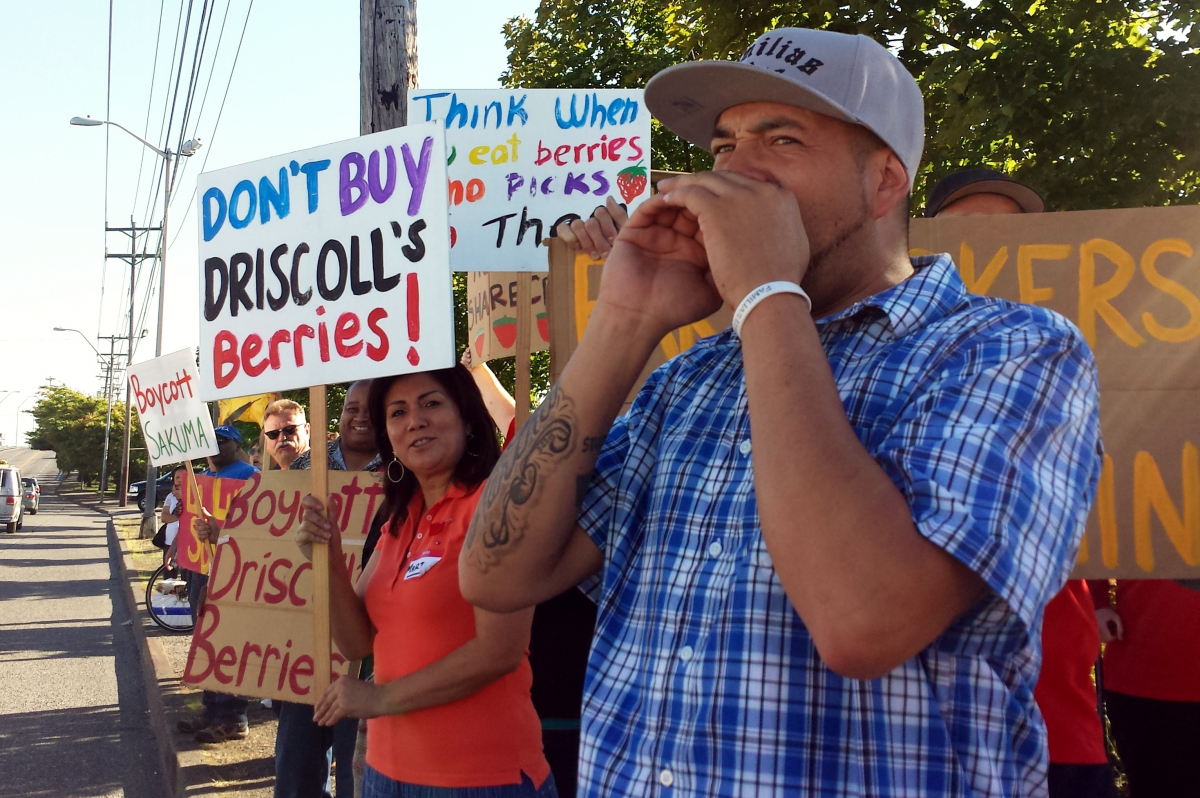 “Who else but Labor Notes is giving workers the tools we need to take the fight to the fields, the shop floor, and the streets?” “Real change comes from the base, when the people most affected are the ones who take the lead.”

As a local leader in the farmworker movement, I look to Labor Notes for news, allies, and hands-on tools. That’s why I’m asking you to join me and help support troublemaking.

My name is Ramon Torres, and I’m the president of Washington state’s only independent farmworker union, Familias Unidas por la Justicia. We are 400 immigrant workers, proud to be originally from indigenous Mixteco and Triqui communities in Mexico.

Farmworkers in the U.S. face racism and anti-immigrant fear every day. We’re often invisible. To defend ourselves, we’ve had to organize.

During the 2013 blueberry harvest at Sakuma Brothers Farms, after one of our co-workers was fired, 250 of us walked out on a six-day strike.

It worked: we got our co-worker rehired and a hostile foreman transferred. But we’re not done. We want a union contract with a $15 minimum wage, health benefits, and an end to retaliation.

We’ve been on strike eight more times, called a nationwide boycott of products from Sakuma Brothers Farms—including of Driscoll’s, the world’s largest berry distributor—and been picketing grocery stores that stock the boycotted fruit.

Labor Notes has covered our struggle from the beginning, most recently reporting on how we’re sharing strategies with other migrant workers in the U.S., Canada, and Mexico.

Where else but in Labor Notes could you read that story?

This September at the Labor Notes Troublemakers School in Seattle, we got the chance to share our struggle with 250 dockworkers, day laborers, postal workers, grocery workers, social service workers, transit riders, musicians, and striking teachers.

In a workshop on direct action, I broke down how we’ve organized our strikes—and heard from nurses, hotel housekeepers, and airplane engineers about the tactics they’re using on the job.

Where else but at Labor Notes do workers from such diverse industries get together and teach each other?

At the end of the day many Troublemakers School participants joined us on the picket line. We were moved by their solidarity, and thankful for the space to build these new relationships.

And in April I’m looking forward to meeting troublemakers from across the country and around the world in Chicago, at the Labor Notes Conference. Your donation will help provide scholarships so that young workers and low-wage workers like our members can get there.

What’s helped us along in our fight so far—and what we believe it will take to transform the industrial food system into something more just—is grassroots organizing. Real change comes from the base, when the people most affected by the problem are the ones who take the lead. Who else but Labor Notes is giving workers the tools we need to take the fight to the fields, the shop floor, and the streets?

With your help, Labor Notes will keep inspiring and training a stronger labor movement. Please make your donation today.

P.S. See you in Chicago! Make sure to register for the Conference before the early-bird discount expires, February 15.

Related
Mexico’s Only Independent Farmworker Union Struggles On Despite Obstacles »
Billionaires Can Have the Cosmos—We Only Want the Earth »
Don’t Compromise on Farmworker Rights »
Indian Farmers' Uprising Against Corporatization Has Blocked Delhi Highways for Four Months »
Interview: Despite Escalating Assassinations, Colombian Farmworker Union Fights for the Right to the Land »