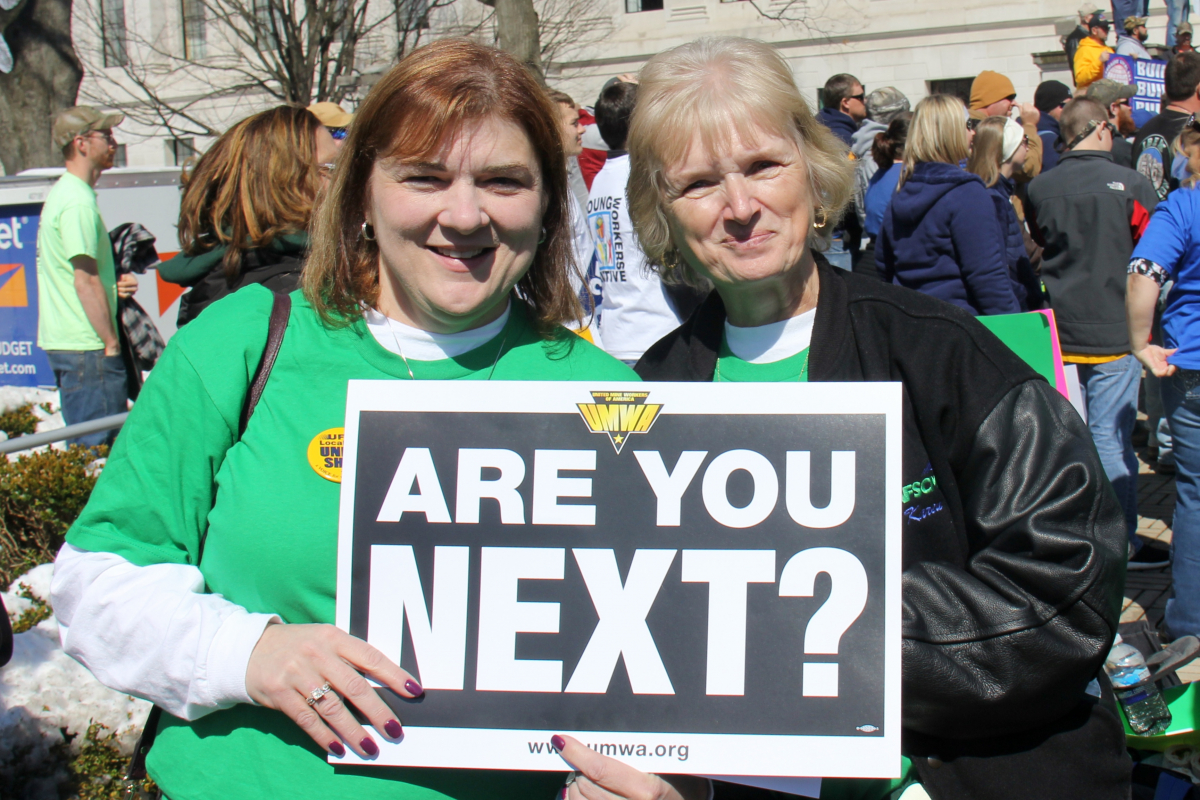 Despite a blizzard the day before, 4,000 turned out March 7 to rally against "right to work" in West Virginia. The threat is dead for this legislative session—but clearly not dead for good. Click here to see a photo gallery. Photos: AFSCME Ohio Council 8 / Joe Weidner.

Local and national labor leaders also spoke against other threats on the agenda of the state’s Republican-controlled legislature: charter schools, mine safety rollbacks, and changes to the prevailing-wage law.

The impressive turnout was despite a blizzard that had dumped a foot of snow the day before. Thousands were still without power.

A week earlier West Virginia’s Senate majority leader had announced “right to work” was dead for this legislative session, which ends March 14.

But it’s clear the effort isn’t dead for good. Today Republican legislative leaders announced they’d commissioned a new study by the West Virginia University Bureau of Business and Economic Research on the economic impact such a law would have. West Virginia’s legislature meets annually.

At the rally, volunteers circulated through the crowd registering voters. Speakers emphasized the importance of turning out to the polls to elect better legislators next time.

Meanwhile in Wisconsin, a bill passed the Assembly March 6 and signed into law by Governor Scott Walker March 9 introduced the country’s 25th “right to work” state.

The previous two were Michigan and Indiana, both in 2012. Most of the Southern states have “right to work” laws already.

Alexandra Bradbury is the editor of Labor Notes.al@labornotes.org
Related
Mexican Auto Glass Workers Withstand Threats to Form Independent Union »
How My Co-Workers Got Me Reinstated at Amazon's San Bernardino Air Hub »
Non-Compete Agreement Leaves Workers Homeless and Jobless »
Victory Against Polluter Points Way to Clean, Green, and Fully Funded Schools »
Union from The Start (You Don’t Have to Wait) »