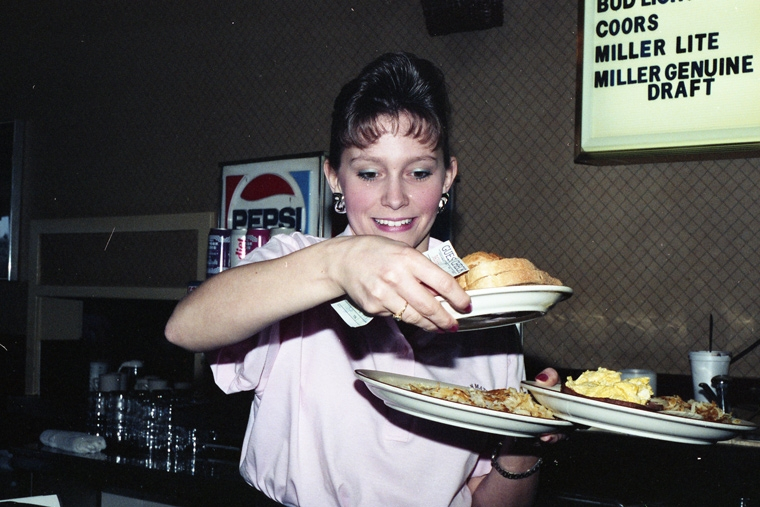 U.S. unions opposed tipping when it first became a thing in the early 1900s, imported by hoity-toity Americans imitating the European rich. Most Americans denounced the dispensing of a few coins to workers as anti-democratic and a reminder of the kind of master-servant folderol we had rejected with King George.

But now the tables are turned, and tipping is much more prevalent in the U.S. than it is in Europe. In some countries, like Australia, it’s regarded as really bad manners. “Who do you think you are, the Queen?” they ask.

What happened? While unions and others tried to outlaw tipping in the early days, restaurant employers saw it as free money. “Workers get paid extra by the customers, so we can pay them less—what’s not to like?” they reasoned.

The mess was codified in 1966 when restaurant and other tipped workers finally got included in the Fair Labor Standards Act. But instead of one fair wage, the law created a second tier: tipped workers who could be paid a subminimum wage.

The restaurant lobby then leaned on politicians to hold the federal tipped minimum wage at $2.13 an hour (the 1991 rate) while the minimum wage rose. Tipped wages had been 50 percent of the federal minimum; now they’re just 29 percent. (The boss is supposed to top it up if $2.13 plus tips doesn’t reach the hourly minimum, but restaurant workers say that doesn’t happen much.)

As a result, writes the Restaurant Opportunities Centers United in a recent report, workers rely on tips for most of their pay. This means “a majority-female workforce must please and curry favor with customers to earn a living,” ROC notes. Men take advantage with harassing questions, gestures, groping, even stalking.

“Unfortunately, it’s just become the societal norm, and we have all accepted it and we all hate it,” a woman bartender told ROC.

While co-worker harassment is also prevalent in restaurants, tipping raises the stakes. With co-workers, “I have more freedom to be like, ‘okay, stop it,’” said one ROC interviewee. “But when a guest does it, then I feel a lot more powerless. That’s when I’m like, man, that’s where my money’s coming from...”

Managers tend to side with the customers when workers complain. “I said to myself, I can’t be putting up with this, let me talk to my boss about it,” said another server harassed on the job. “I was kind of surprised by what my boss said... ‘Well, those people pay a lot of money for our services and, I mean, would it hurt to smile a little bit, be a little bit more friendly to them?’ And I was blown away.”

Due to organizing by tipped workers, several states have raised their tipped minimums above the federal $2.13. Tipped workers get the full minimum wage in California, Oregon, Washington, Nevada, Minnesota, and Alaska.

That changes things. ROC found that in those states, sexual harassment by customers, co-workers, and managers was less prevalent.

It’s obvious that if you’re less dependent on tips, you’ll put up with less crap from customers. But it’s interesting that bosses treated them better, too—probably because higher wages made them less vulnerable.

Maybe one day we can

Jenny Brown was a co-editor of Labor Notes.jenny@labornotes.org
Related
Los Deliveristas Speak: How Delivery Workers Are Organizing to Take On the Apps »
Pandemic Discrimination Against Asian Americans Has Long Roots »
Film Review: 9to5, The Story of a Movement »
COVID Tipped the Scale: How King County Employees Made Childcare a Union Benefit »
Pandemic Spurs Nashville Restaurant Workers to Organize »

I've spoken to a number of New York-area waiters, waitresses and bartenders about the tipping question.

None of them are for abolishing tipping.

I've read discussions on the restaurant worker blog kitchenette http://kitchenette.jezebel.com/ on the tipping question - and that much wider pool of Front of House (FOH) servers feel the same way - they do NOT want tipping abolished.

Basically, they see themselves as salespeople and tipping as their commission - tips are the reason that waiters, waitresses and bartenders make middle income earnings in an industry where hourly workers are paid minimum wage.

The push against tips in America has come primarily from stingy affluent customers, who resent having to pay their servers.

Now, it would be worthwhile to have a conversation about tipping REFORM - like requiring patrons to pay a 20% tip and requiring restaurants to add it to the bill.

That would continue to let servers earn commissions on the meals they sell and would prevent them from getting stiffed.

If you actually ASK THESE WORKERS WHAT THEY THINK you'd find that they do NOT share your view of tipping - I have yet to hear a server who wants to go to hourly pay.