How to ‘Act Like a Union’ on a Labor-Management Committee 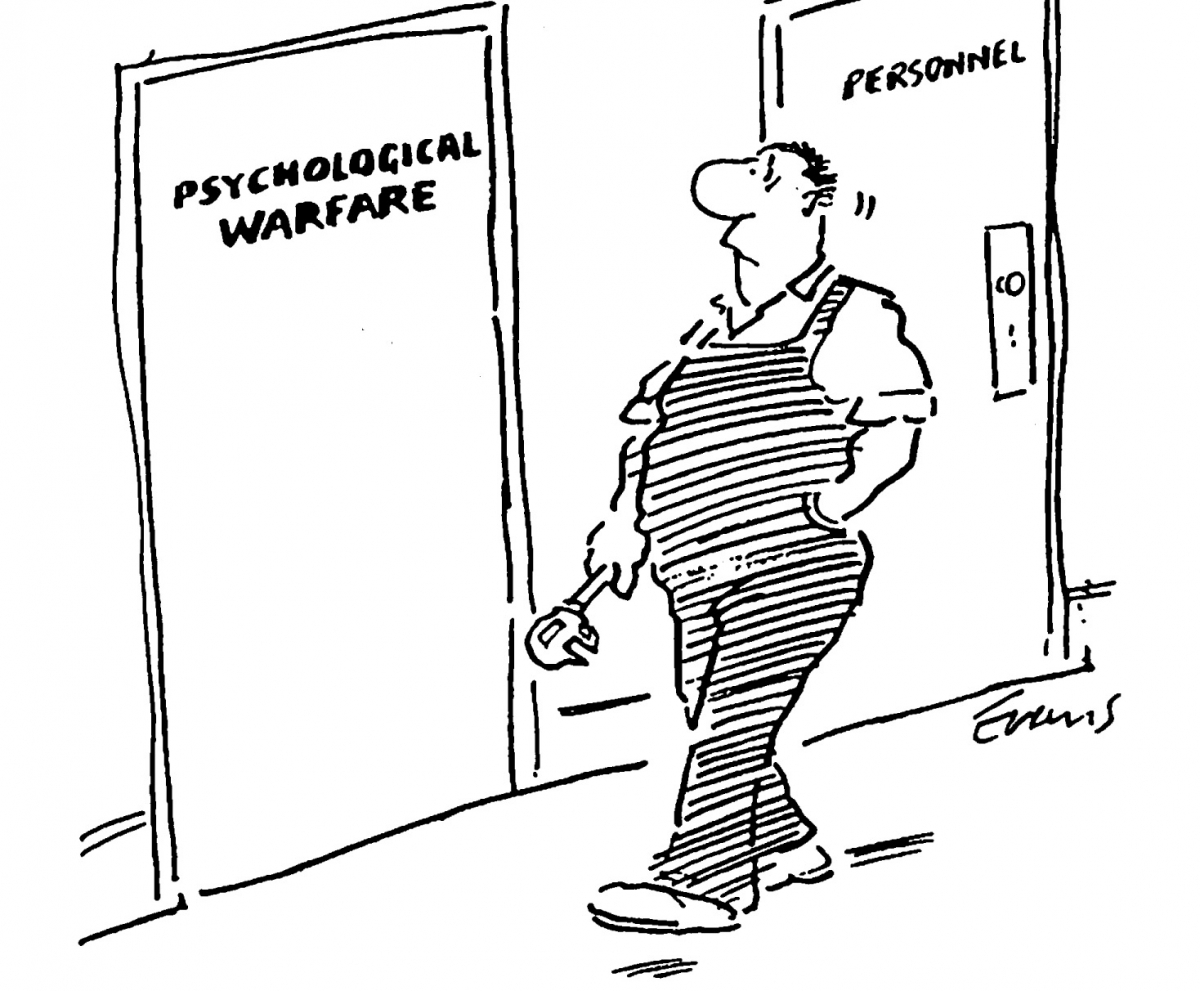 Managers use all kinds of tricks to break up union solidarity on labor-management committees. Never forget that management's goals and the union's are distinct. Drawing: Phil Evans.

Union members sit on labor-management committees on training, health and safety, technology, and a host of other issues. Labor educator Charley Richardson wrote “Representing Your Co-workers” for the Maine State Employees Association as a guide to “acting like a union” on these committees.

After Richardson’s death in 2013, many of his materials were archived at charleyrichardson.org—including, with MSEA’s permission, this guide. The following principles are excerpted from it.

Labor-management committees can be a critical part of the union’s strategy for representing the members. They can be an additional arena for union activity and a mechanism for representing members’ interests as new issues arise. They can help officers keep in touch with members around critical issues.

On the downside, L-M committees can also be a way for management to appear to listen without actually doing anything and to tie up issues in endless “investigation and discussion.”

The key to using L-M committees is a “continuous bargaining” approach. The union should approach every meeting of the committee with the same mindset and habits that it would bring to contract bargaining, never forgetting that management’s goals and the union’s are distinct.

Committee members should act as a group rather than as individuals, and keep the members’ needs—not supposed mutual needs—in mind at all times.

WHO IS ON THE COMMITTEE?

One traditional approach is to put tough or “adversarial” people on the union’s bargaining team but to look for more “cooperative” people to serve on L-M committees. But what should be happening in L-M committees is also bargaining.

How you think of yourself and present your role on the L-M committee is important to how you act, and how others think of you and of the process.

In the guide, we use the term “labor-management committees” rather than “joint committees.” In a L-M committee, the two parties are still identified as separate entities. Joint, on the other hand, implies a merger of two groups into a single committee, and a loss of union identity.

The union should always choose its representatives. Not volunteers, not “jointly” chosen by union and management, not chosen by management. And the union must have the right to remove committee members who are not representing members’ interests.

Union representatives should not see themselves as individuals bringing their individual perspective to the discussion, but rather as part of the union’s team. This means that the union members on a committee work collectively, gather their ideas while in caucus, and present them to management in a unified fashion.

Developing internal ground rules or a code of conduct for union participants can help set members on the right track.

Caucusing is critical. Key is a commitment to pre-meetings before every joint meeting and a sum-up and discussion of next steps afterward. Questions should include: How did the meeting go? How could we improve our approach? What are the barriers/problems we are facing? How are we going to move things forward?

In many L-M settings, caucusing is discouraged either directly or indirectly. It is often seen as a sign of “failure.” But we have a different view.

Caucusing is a fundamental union activity, like breathing. It is part of who we are as a union. To ask unions not to caucus is to ask them not to be unions. The caucus should be seen by the management representatives as a natural part of the discussion.

We recommend regular caucusing, both to keep the union representatives on the committee united and to remind management reps that they are dealing with a union.

If management objects to caucusing, some possible responses:

SOME TRICKS AND TRAPS

Watch out for these subtle techniques management uses to push us away from “acting like a union.”

Possible response to a call to brainstorm: “We’re going to go into caucus and gather our thoughts.”

Management chooses what to talk about, and it’s usually the less important items. The agenda for a meeting should be negotiated, not imposed by one side.

You can come to an agreement that each side can put one item on the agenda. Once those items are dealt with, new items can be added with union and management alternating.

“We only have a half-hour.” Meeting schedules should be agreed in advance and be long enough to deal with issues substantively. If management tries to limit the time, the union could caucus and use that time to plan a strategy for getting the meetings to be longer and more productive.

The wrong people are at the meetings. Often management sends people to meetings who have no power, thus tying up union reps and ensuring nothing is accomplished.

The union can insist that the people with decision-making authority be in the room, or revisit whether the committee is worthwhile.

They change the subject. The agenda should be agreed to and managers should not feel they can act unilaterally. The union has to stick together in demanding that management stick to the agenda. If even a single union representative is willing to respond to management changing the subject, it will be very difficult to move them back

Managers insist on sitting with union and management interspersed. As unions, we draw our strength and identity from collective presence and collective action. Anything, including scattered seating, that undermines this sense of collectivity also undermines union strength.

Go to charleyrichardson.org for the full guide as well as fact sheets, articles, and other resources to help build union voice and power.