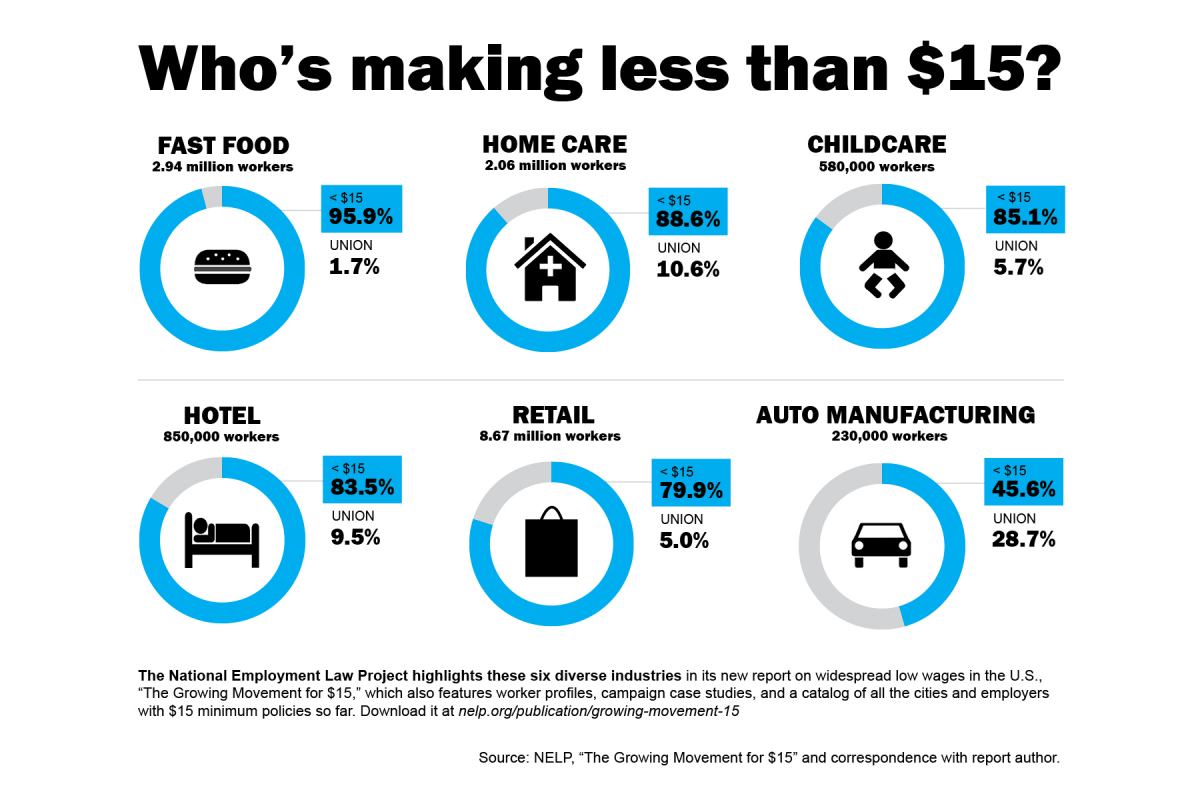 Who's earning less than $15? A new report from the National Employment Law Project highlights six diverse industries, from fast food to auto manufacturing.

Who's earning less than $15? As the Fight for 15 continues to build momentum, a new report from the National Employment Law Project, "The Growing Movement for $15," highlights widespread low wages in the U.S.

The report paints a picture of low-wage work and union density across six diverse industries, from fast food to auto manufacturing.

Click here to check out a Labor Notes infographic illustrating the trends.

The report also features worker profiles, campaign case studies and a catalog of all the cities and employers with $15 minimum wage policies so far. Download it here.

As we reported elsewhere, the Fight for 15 has inspired bold demands among workers in many industries.

“I don’t think I could have sat at the table five years ago and demanded an employer pay a living wage of $15. Most employers would have laughed at us and laughed at our bargaining unit,” said AFSCME Council 75 representative Ross Grami. “The organizing workers are doing nationally and the sacrificing they have had to do has changed the conversation and changed perceptions around the table.”

Read more in this article from our May 2015 issue.

Sonia Singh is a staff writer and organizer with Labor Notes.sonia@labornotes.org
Related
Ballot Measures: Mixed Results for Workers »
‘No Increase? No Work!’ Toronto Health Care Workers Save Pandemic Premium via Job Action »
Beyond $15 at Amazon »
Ontario Workers and Students Notch Biggest $15 Win Yet »
Beyond $15: New Book Shows Why Community Allies Are Crucial »