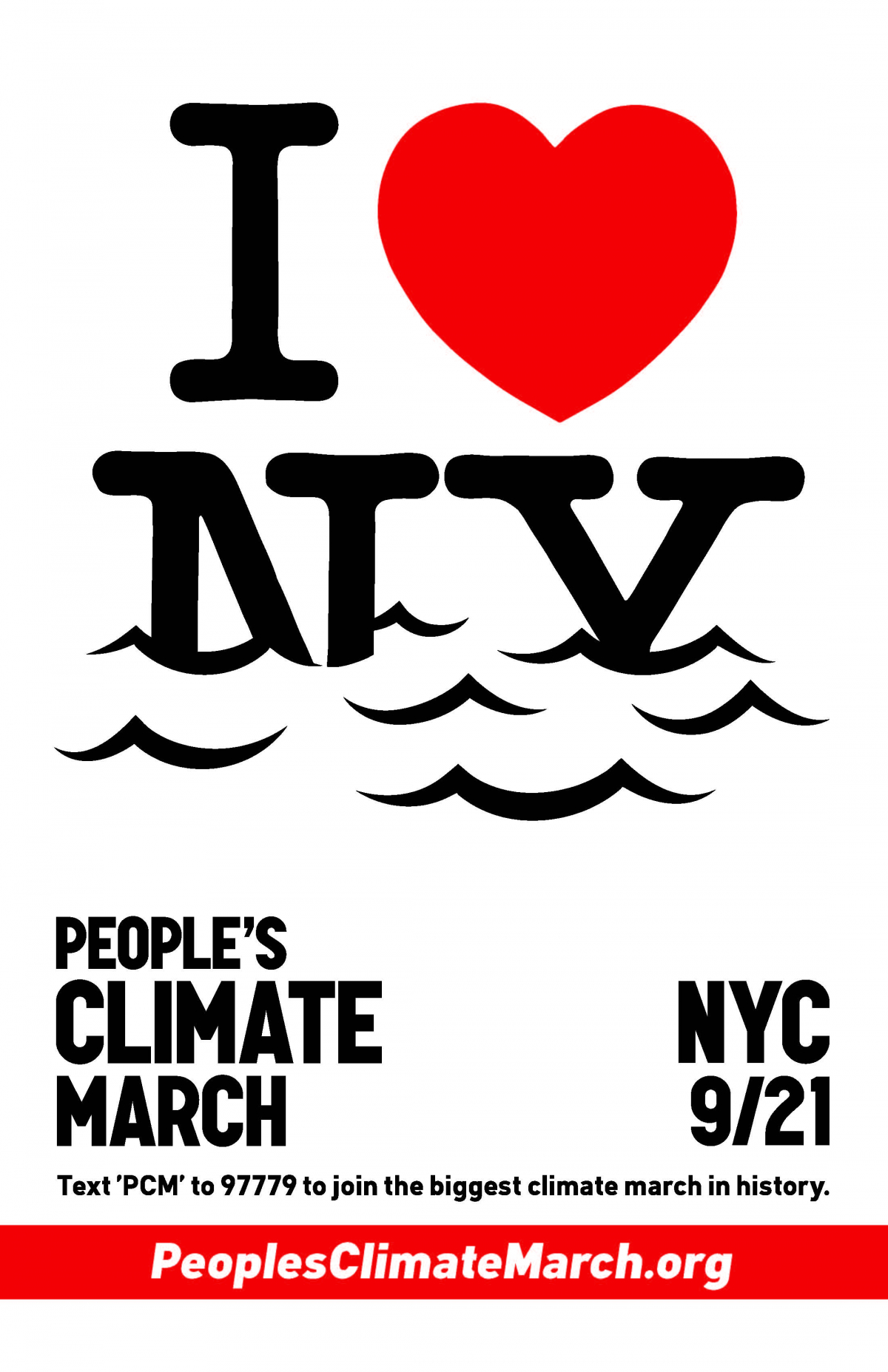 Climate change activists are finishing up preparations for what they expect will be a huge climate march on Sunday in midtown Manhattan. The march is aimed at world leaders who are gathering at the United Nations for a climate summit.

Wahl and other international union leaders are in town for the march, including from the Philippines, Brazil, India, Korea, South Africa, Peru, and Canada, where even the union representing tar sands workers, UNIFOR, is demanding climate action.

Union representatives walked out of the 2013 climate talks in Warsaw, joining many other citizen groups in disgust at “the lack of progress, lack of ambition, and lack of sincerity,” said Sean Sweeney, coordinator of Trade Unions for Energy Democracy. The 30 unions in TUED work for public control of energy companies.

On Sunday, the union element of the march will meet for a rally at 10:45 a.m. at 59th Street and Broadway, lining up as far south along Broadway as necessary, organizers said. Labor will join the overall march at 11:30. Scores of events are planned in other cities.

There’s also a conference today and Saturday, and a labor forum and celebration on Monday night.

The labor support is unparalleled for a U.S. climate action. Sixty labor organizations have endorsed, including six international unions.

Several big locals in New York have been engaging their members for months. Building Service workers union SEIU 32BJ has been phonebanking members and holding meetings in neighborhoods where members live. New York nurses have been holding meetings at hospitals. 1199SEIU, representing hospital workers, translated materials into Russian, Spanish, and Chinese. Public workers with AFSCME have been fliering members and the public.

A coalition of New York unions called ALIGN sent mail to 50,000 people living in Zone A, the city’s designation of flood-prone areas most affected by Sandy. They followed up with calls, said ALIGN’s Tomás Garduño, and identified 3,800 new supporters—“activated, we hope, beyond Sunday,” he said.

The labor support represents a sea change. Asked why unions were jumping on board, J.J. Johnson, an 1199SEIU retiree who’s been working on the march, said, “I have a one-word answer: Sandy.” That storm and its aftermath made climate change a clear and present danger to members of locals all over the region.

“I believe the climate crisis is the overriding issue of our time. It impacts every other major issue,” said Johnson, a former editor of 1199SEIU’s newspaper. “Our task is to help our members connect the issue dots so that their understanding can lead them to effective collective action.”

ATU has been outspoken in support of a “Green New Deal” and even took a stand against the Keystone XL pipeline, incurring the wrath of the building trades unions that signed an agreement with the pipeline company to do the work. The pipeline would carry carbon-intensive tar sands slurry from Alberta, Canada to the Gulf of Mexico for processing and export.

Not all unions see sustainable energy as a potential job-creator, though. In order to expand union support, march organizers agreed to downplay issues most divisive within labor: Keystone XL, coal, and fracking.

“Depending on who was in the room you were in, that was totally reasonable, and in another room that was the most absurd thing you've ever heard,” said Garduño of the negotiations. “So there was significant difference still within our movements.”

But, he said, “We figured out a way to get together, and we're going to see the fruition of that [at the march]. The strategic point of all that is to create or maintain relationships.”

Not all the unions expected to march are usual suspects like the nurses and ATU. IBEW electrical workers, Teamsters, Machinists from Connecticut, Auto Workers, and Communications Workers are expected to join public employees with AFSCME, janitors and health care workers with SEIU, and Transport workers in TWU Local 100, who cleaned up the mess when Sandy flooded New York’s subways.

Jobs at Stake Either Way

Unions that declined to participate, such as some building trades unions and mineworkers, say they are most concerned about jobs that could be lost due to environmental regulations. But jobs are at stake either way, said overseas union leaders at an international labor forum Thursday night, put on by the Left Labor Project and the Rosa Luxemburg Stiftung.

Fighting climate change “will create more jobs than it destroys,” said Wahl, pointing to transit, clean energy, and retrofitting jobs. “The biggest threat to jobs is climate change itself.”

That was true in the Philippines after Typhoon Haiyan, said Efleda Bautista, a teachers union leader there. The record-breaking cyclone killed between 6,000 and 20,000 last November and devastated a region. “With the calamity came problems of employment. People have been displaced to Cebu, Manila, even the U.S., to find jobs,” she said.

And it turns out resource extraction doesn’t create many jobs. In Peru, agricultural jobs have been destroyed by mining, which contaminates the water, said Juan Pedro Chang, with the Confederation of Workers of Peru (CUT). Peru had a choice between mining and agriculture, and it chose mining, said Chang through an interpreter. Now 42 percent of domestic production is from mining, but it accounts for only 1.84 percent of jobs, he said.

Far from weakening unions, Chang said, environmental fights in Peru have strengthened them, because they “allow us to build relationships with other organizations—and that forging of alliances can create more power, power which is needed to make the necessary political changes.” Peruvians are mobilizing in Lima on September 22 for climate protection, he said.

Bautista said Typhoon Haiyan should be a warning to others about the devastating potential of climate change. After Haiyan, she said, “We’re asking for solidarity, for the maintenance and restoration of our world.”

Jenny Brown was a co-editor of Labor Notes.jenny@labornotes.org
Related
A Life in Transit: ‘What You Can Get Is Set by How Far You Are Prepared to Go’ »
Texas Union Activists Fight 'Microtransit' Privatization »
Transit Workers Deserve Hazard Pay »
Bay Area Transit Workers Organize for Hazard Pay, Build Toward Contract Campaigns »
Viewpoint: Climate Justice Must Be a Top Priority for Labor »