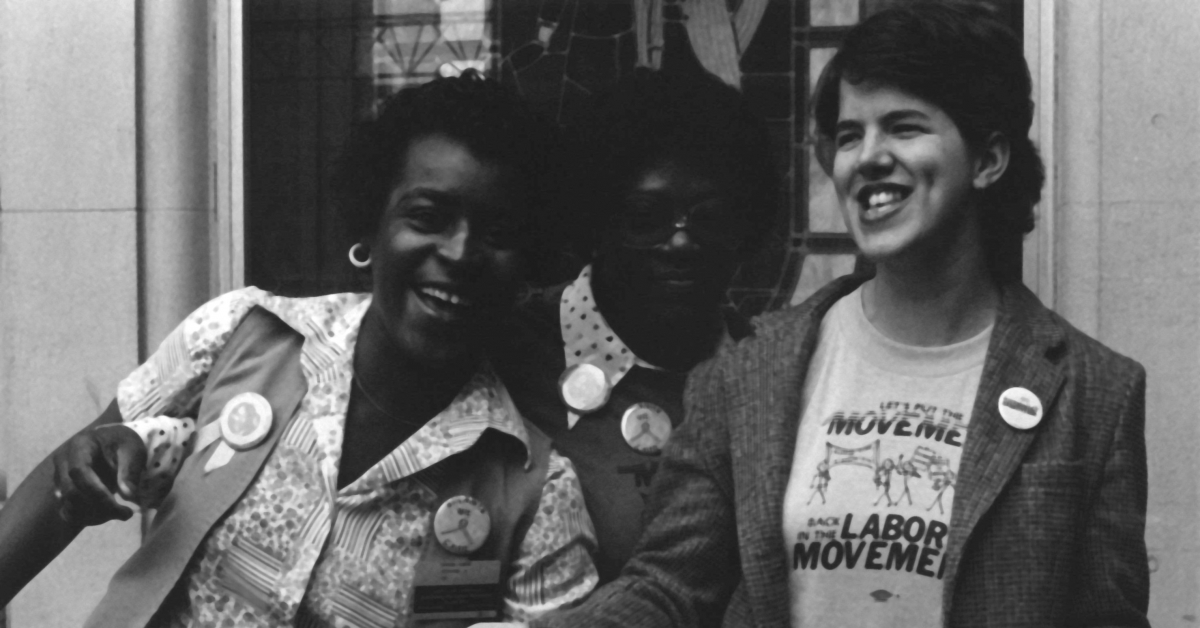 Helping to cultivate more troublemakers, and to put them in touch with each other to multiply their power, is what Labor Notes set out to do 40 years ago.

Everyone knows organized labor is on the decline. And yet bright spots keep flaring up.

Verizon workers in 2016 walked out on the biggest strike in years, proving that corporate giants can still be beaten with old-fashioned solidarity.

Chicago teachers struck in 2012, touching off a wave of teacher militancy that’s still washing over the U.S. Now all eyes are on Los Angeles.

Even in unions where the top leaders are in bed with the bosses, you’ll find members with the spirit to fight back—like the workers at Chrysler who rejected a two-tier contract in 2015 and sent their bargainers back for more, or the Teamster pensioners who blocked their retirement fund from cutting pensions in half.

What unites these workers and many more—from campus and hospital workers who recently struck the whole University of California system to halt the erosion of jobs for Black workers, to four supermarket workers who protested an unfair write-up with a mini-march on the boss? They’re part of what we at Labor Notes call the troublemaking wing of the labor movement.

These sparks aren’t isolated. Workers are helping to inspire, train, and sustain one another. That’s what Labor Notes is all about.

THAT WAS THE PLAN

Helping to cultivate more troublemakers, and to put them in touch with each other to multiply their power, is what Labor Notes set out to do 40 years ago.

That’s what happens at our biennial conferences and our local Troublemakers Schools, and when people read our magazine and website.

Folks from different unions see themselves in their union sisters’ and brothers’ faces. They learn they’re fighting the same boss tactics, they learn some methods for confronting them, they learn we have more in common than we knew.

Elsewhere in the labor movement, union networking is often monopolized by leaders and staff. Connections made through Labor Notes, if we may brag a little, are some of the glue that keeps rank-and-file members talking across locals and across unions, learning from each other how to find the boss’s weak spots, and believing that change is possible.

We’ve gotten a little pushback over the years from those who say, “It’s the boss who makes trouble, we are the constructive ones.” Mostly, though, folks are already used to being called “troublemaker” by the boss (and sometimes by their union officers too). They’re proud to take management’s epithet and turn it around. Our Troublemakers Union T-shirt, emblazoned with a slingshot, was instantly popular.

Not everyone in the labor movement is in this troublemaking wing. We’re still outnumbered by the “lie low” wing of labor, which says troublemaking is too risky in an era of union weakness.

Everyone is cheering for the Los Angeles teachers now. But what they did is very different from how most unions operate.

In the years leading up to the strike, rank-and-file teachers had to transform their union and oust incumbents who represented the more common point of view—that it was impossible to stop the spread of charter schools, make the district bargain over class size, get members involved in a contract fight, or win a strike.

So who exactly are the troublemakers? They are the folks:

The Labor Notes mindset says that working people are in charge of our own fate—and that we’re up to the task. It says fights in the workplace, where everyone can be involved, teach us that we do have power, and give us practice in the organizing it will take to change the balance of power beyond the workplace, in society.

After the Supreme Court’s Janus decision made the whole public sector open-shop, lots of union leaders, trying to convince members to stick around, used arguments about what the union “provides” to them. But anything a union “provides” can be taken away, as we’ve seen.

On the other hand, if members experience for themselves the power they can wield by acting together with their co-workers—no boss can argue away that feeling. When the union is real in the day to day, members will pay dues to keep it.

KICKING ASS FOR THE WORKING CLASS

Over four decades Labor Notes has reported on a raft of defiant fights in the labor movement, some winners, some losers: the outpouring of solidarity for the striking air traffic controllers, the Hormel strikers who disobeyed their International on concessions, the victory of Ron Carey as Teamsters president, the UPS strike of 1997, the million people in the streets for immigrant rights on May Day 2006, the occupation of the Republic Windows and Doors factory, the Wisconsin uprising of 2011, longshore workers in Washington dumping 10,000 tons of scab grain on the railroad tracks, the 2016 Verizon strike, the teacher strikes that began in Chicago in 2012 and have picked up many-fold over the past year.

We’ve held 19 national conferences and scores of local ones. We’ve given classes and published books that taught countless members the tactics they needed. Our conferences have seen the founding of many national networks, and local ones too.

Recently every national conference is bigger than the last—last year we topped 3,000—which at first blush seems odd. Why is the Labor Notes network growing while the labor movement as a whole is losing power and numbers?

But it makes sense that as employers and governments have stepped up their attacks on workers, more troublemakers have stepped up to join the fight. More and more people are seeing what you see—that a movement with a troublemaking spirit is the only kind with a chance to win.

Frankly, it will take large-scale bravery on the part of a whole lot more troublemakers to reverse the giant mess capitalism has made of everything—the poor getting poorer, our planet on the verge of eco-catastrophe. We’ll be around to help out, if it takes another 40 years!

A version of this article appeared in Labor Notes #479. Don't miss an issue, subscribe today.
Jane Slaughter is a former editor of Labor Notes and co-author of Secrets of a Successful Organizer.
Related
Labor Notes News: So Many Workshops! »
First Virtual Troublemakers School a Hit in Western Mass »
Welcome, Sarah and Luis! »
A Special Message from Sara Nelson about Why Labor Notes Matters »
To Hand Labor Notes to the Next Generation, Join Me in Giving »