From the Archives: Introducing Labor Notes 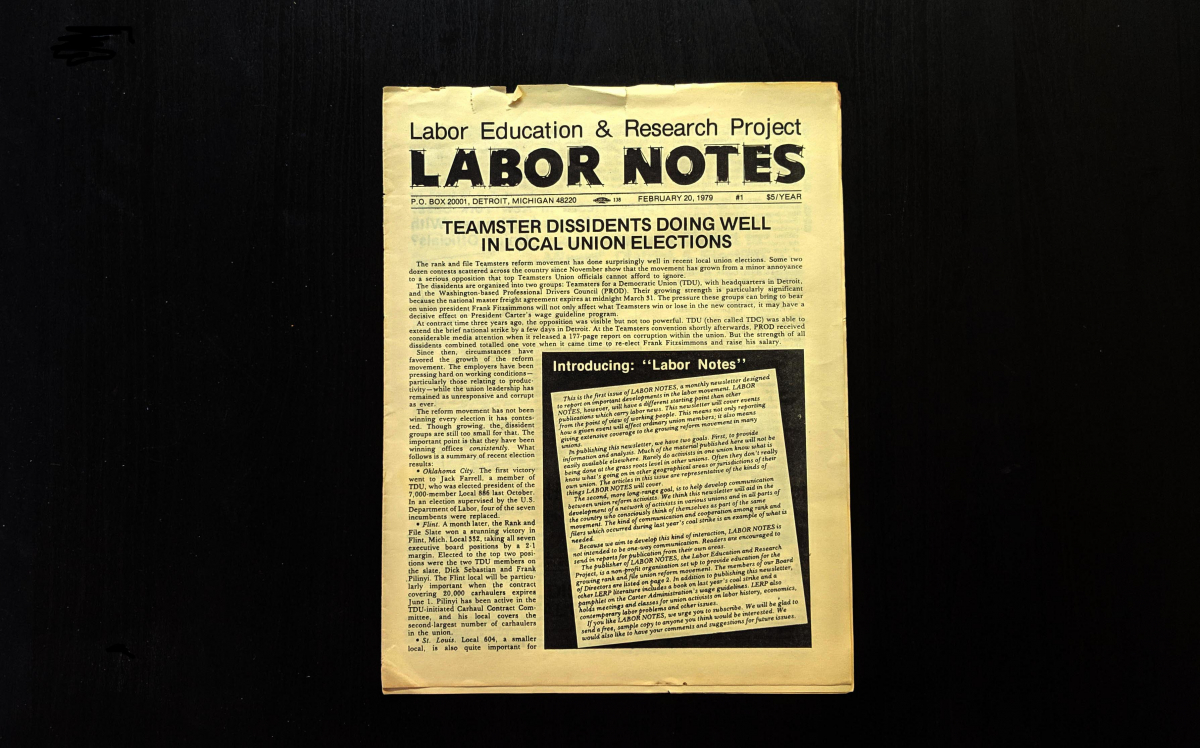 This article appeared in the first issue of Labor Notes, published in February 1979.

Labor Notes is celebrating its 40th anniversary this year. We’ll periodically be sharing material from our archives, as well as organizing events across the country to commemorate 40 years of troublemaking—starting with our anniversary party in New York City on Friday, February 1.

The below piece, which ran on the front cover of Labor Notes #1 in February 1979, explains our founding mission, which guides us to this day.

This is the first issues of LABOR NOTES, a monthly newsletter designed to report on important developments in the labor movement. LABOR NOTES, however, will have a different starting point than other publications which carry labor news. This newsletter will cover events from the point of view of working people. This means not only reporting how a given event will affect ordinary union members; it also means giving extensive coverage to the growing reform movement in many unions.

In publishing this newsletter, we have two goals. First, to provide information and analysis. Much of the material published here will not be easily available elsewhere. Rarely do activists in one union know what is being done at the grassroots level in other unions. Often they don’t really know what’s going on in other geographical areas or jurisdictions of their own union.

The second, more long-range goal, is to help develop communication between union reform activists. We think this newsletter will aid in the development of a network of activists in various unions and in all parts of the country who consciously think of themselves as part of the same movement. The kind of communication and cooperation among rank and filers which occurred during last year’s coal strike is an example of what is needed.

Because we aim to develop this kind of interaction, LABOR NOTES is not intended to be one-way communication. Readers are encouraged to send in reports for publication from their own areas.

The publisher of LABOR NOTES, the Labor Education and Research Project, is a non-profit organization set up to provide education for the growing rank-and-file union reform movement. LERP also holds meetings and classes for union activists on labor history, economics, contemporary labor problems, and other issues.

If you like LABOR NOTES, we urge you to subscribe. We will be glad to send a free, sample copy to anyone you think would be interested. We would also like to have your comments and suggestions for future issues.

The same’s true in 2019—if you like Labor Notes, we urge you to subscribe to our monthly magazine. As always, we welcome reports from organizing in your workplace or area—you’re our eyes and ears! Send them to editors[at]labornotes[dot]org. And we’re organizing more events than ever—find them at labornotes.org/events, and write to training[at]labornotes[dot]org if you’re interested in bringing us to your union or area.