We Need a Disability New Deal, Too 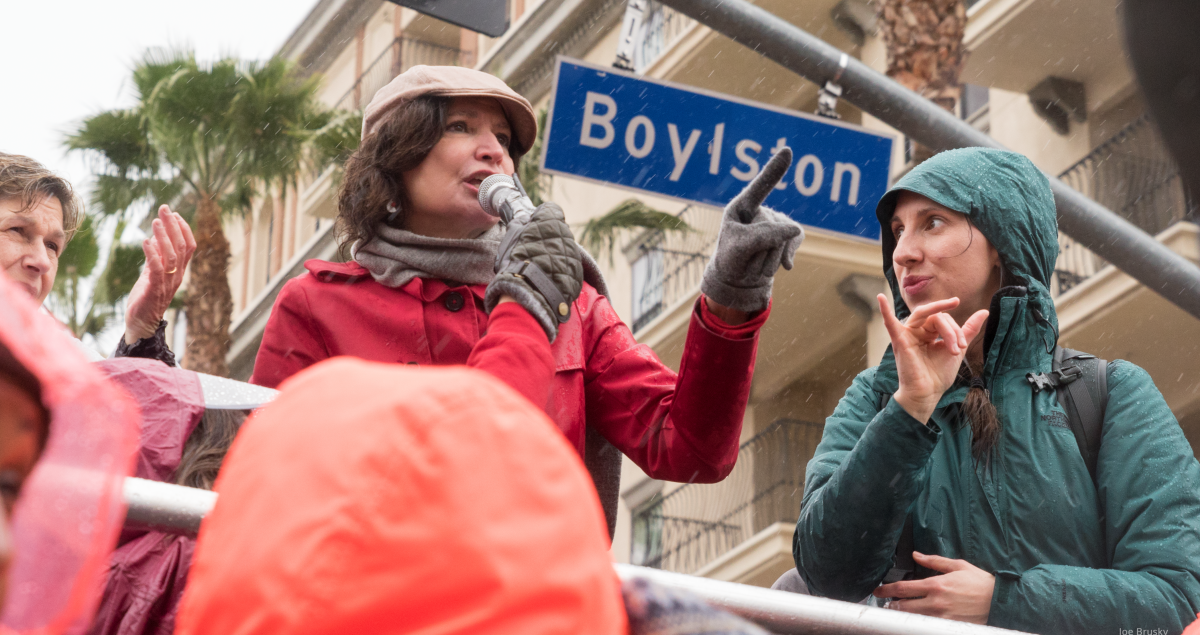 The subway is something I’ve always loved about New York City life. But my family can’t ride it together, because my daughter has cerebral palsy and 3 out of 4 stations have no elevator.

One in seven U.S. adults has serious difficulty walking or climbing stairs or can’t do so at all. People with disabilities generally, including vision and hearing impairments and intellectual disabilities, make up 1 in 4 adults: that’s a huge minority.

So why, 30 years after the Americans with Disabilities Act, in the nation’s biggest and most transit-dependent city, is transit still so inaccessible to so many?

It costs money, that’s why. Even after losing lawsuits, the Metropolitan Transit Authority continues to resist spending on accessibility. After years of pressure, last year it did announce a $5.5 billion five-year plan to add elevators to 70 more subway stations, including our local stop.

But then the pandemic hit. Now the agency needs $16 billion from the feds just to stay afloat. As for elevators, fuhgeddaboudit.

Which brings me to my point. The federal jobs program we urgently need—the Green New Deal that would be perfect for a post-COVID economic recovery—should include serious money for accessibility.

When I go out with my daughter Paloma, I feel like I’m wearing X-ray glasses, revealing a whole dimension that was previously invisible to me. Walk-up apartment buildings and houses. Storefronts with one annoying step at the threshold. Inaccessible bathrooms. Stairs even in parks, where you could easily put a ramp: why?

Besides upgrading infrastructure through a Green New Deal, other kinds of jobs are needed, too, to deliver the ADA’s promise of an inclusive society. Sign-language interpreters, for instance! Imagine a federal corps of them who could offer affordable interpretation to every union, public agency, place of worship, and grassroots group in this country.

Here’s a big one: expand the number and raise the pay of personal care attendants, who assist people with disabilities with daily tasks so they can live independently. (A short film funded by the Service Employees is “I Care: A Documentary About Independent Living,” available on Amazon Prime.)

Also needed are decent jobs for the disabled themselves. Last year, just 31 percent of working-age people with disabilities were employed, compared to 75 percent of the nondisabled. It's discrimination: employers are afraid of costs and complications. Not coincidentally, the poverty rate for adults with disabilities was 26 percent, vs. 10 percent for other adults.

And of the disabled who were employed, more than 100,000 were getting less than the minimum wage—sometimes mere cents per hour—which federal law, appallingly, still allows.

I’m not proud that I took so little note of these concerns before Paloma was born. But our society is very effective at separating disabled and nondisabled people. People with disabilities are largely excluded from the workforce, from most housing, and from many of the public and private venues where community life takes place.

I was just a kid before the ADA, and I didn’t have my X-ray glasses yet. But disabled activists who remember those days say much has improved: more curb cuts, more ramps, more Braille.

All those gains were the hard-won fruits of organizing and struggle—like all labor’s gains. When the ADA was before Congress in 1990, dozens of disabled activists left their wheelchairs, canes, and crutches to drag themselves hand over hand up the 100 stairs of the Capitol building, chanting “ADA now!”

There’s video online from this powerful direct action, the Capitol Crawl; among the crawlers is Jennifer Keelan, an eight-year-old activist with cerebral palsy, who says, “I’ll take all night if I have to!”

The terrific Netflix documentary “Crip Camp: A Disability Revolution” tells an earlier chapter, with footage from a watershed 1977 sit-in. Disabled activists occupied a federal building in San Francisco to demand enforcement of a law that was supposed to ban anti-disabled discrimination in all federally funded programs.

The film shows solidarity from the Black Panthers, who brought meals to the sit-inners, and the Machinists, who provided accessible transportation when a delegation arrived in D.C. to confront the President. The United Farm Workers and AFGE Local 3159 are mentioned too. These are great examples of how unions should reflexively offer solidarity and material aid to other movements—which are not so “other” at all.

In fact, we've got work to do inside the house of labor. Sign language interpretation was a proud feature at the Los Angeles teachers strike rallies last year, but how many union meetings in this country offer it? How many union halls lack an accessible bathroom? We can celebrate 30 years of the ADA, and build a stronger labor movement, by making our unions accessible to everyone.