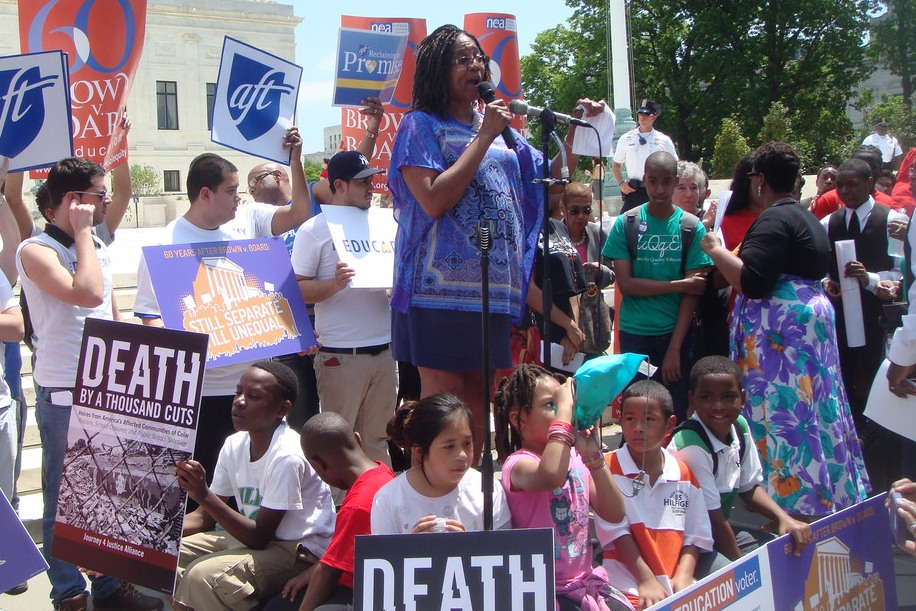 As an antidote to the “grow grow grow” mentality of the elected officials and business leaders pushing charter schools, a recent report by University of Oregon professor and political economist Gordon Lafer outlines what’s wrong with privatization of public schools.

The report, titled Do Poor Kids Deserve Lower-Quality Education than Rich Kids? Evaluating School Privatization Proposals in Milwaukee, focuses on the model of Rocketship, a national charter elementary school organization that hopes to expand its Milwaukee footprint to eight schools by 2018.

City officials have even considered carving out the lowest-performing parts of the city’s schools for charters to operate, similar to the New Orleans “recovery district.” Milwaukee’s Chamber of Commerce and Democratic Mayor Tom Barrett are among the charter chain’s supporters, raising millions to help it grow.

Rocketship’s investors, who are tech industry heavyweights, claim altruistic intentions: they care about the kids! But they’re also profiting from the expansion of charter schools, a market for their own products and services.

Case in point: Netflix CEO Reed Hastings, on the board of Rocketship, is also an investor in a company called Dream Box, which runs software the schools use for math applications. In the public sector this type of self-dealing is often prohibited, because schools should be choosing the service or product with the best track record, not the one that will enrich investors.

So it’s no surprise that businessmen like Hastings find investing in charters much more appealing than paying more taxes to support public schools.

Lafer points out that the charter companies’ self-proclaimed cutting-edge learning models offer anything but advanced instruction.

In Rocketship’s “blended learning,” for instance, students learn basic literacy and math with an emphasis on test preparation, receiving online instruction in the schools’ computer labs. Other academic subjects, arts, and music are left out of this education model.

The teachers at such schools are often inexperienced, with an average 30 percent teacher turnover from year to year—twice the Milwaukee school district average. A non-union workforce is part of the incentive for school districts to switch to charters, though some charter teachers have begun to unionize.

While it claims a 29 to 1 student-teacher ratio, which includes non-certified, lower-paid instructors, Rocketship has actually redesigned its instructional model, shifting the ratio closer to 50 to 1. Company leaders explained bluntly that they were changing the schools’ structure to extract more money for expansion.

Even as they skimp on teachers and dumb down the curriculum, Rocketship and other charters brag of their mission to serve low-income black and Latino students. In reality they are further segregating America’s schools, creating two tiers: one for the affluent, where students get exposure to the arts, languages, sports, and one-on-one instruction, and the other where they are taught the basics, and spend most of their time in front of a computer.

At the 60-year anniversary of Brown vs. Board of Education, separate is still not equal. Lafer proposes that all schools receiving taxpayer money be subject to the same accountability and transparency, and that they be governed democratically, such as by elected school boards where parents and community can have oversight.

Samantha Winslow is co-director of Labor Notes.samantha@labornotes.org
Related
Viewpoint: Support Veterans by Defending, Not Defunding, Public Sector Jobs at the Post Office and the V.A. »
Review: How Labor Can Stop ‘The Privatization of Everything’ »
Puerto Rican Electrical Workers Union Fights Privatization of Island’s Grid »
From Contract Rejection to Union Office: School Therapists Keep Up Push for Fair Deal »
Viewpoint: The AFT Shouldn't Be Negotiating Away Puerto Rican Teachers' Pensions »