Interview: What Do The New Immigration Rules Mean? 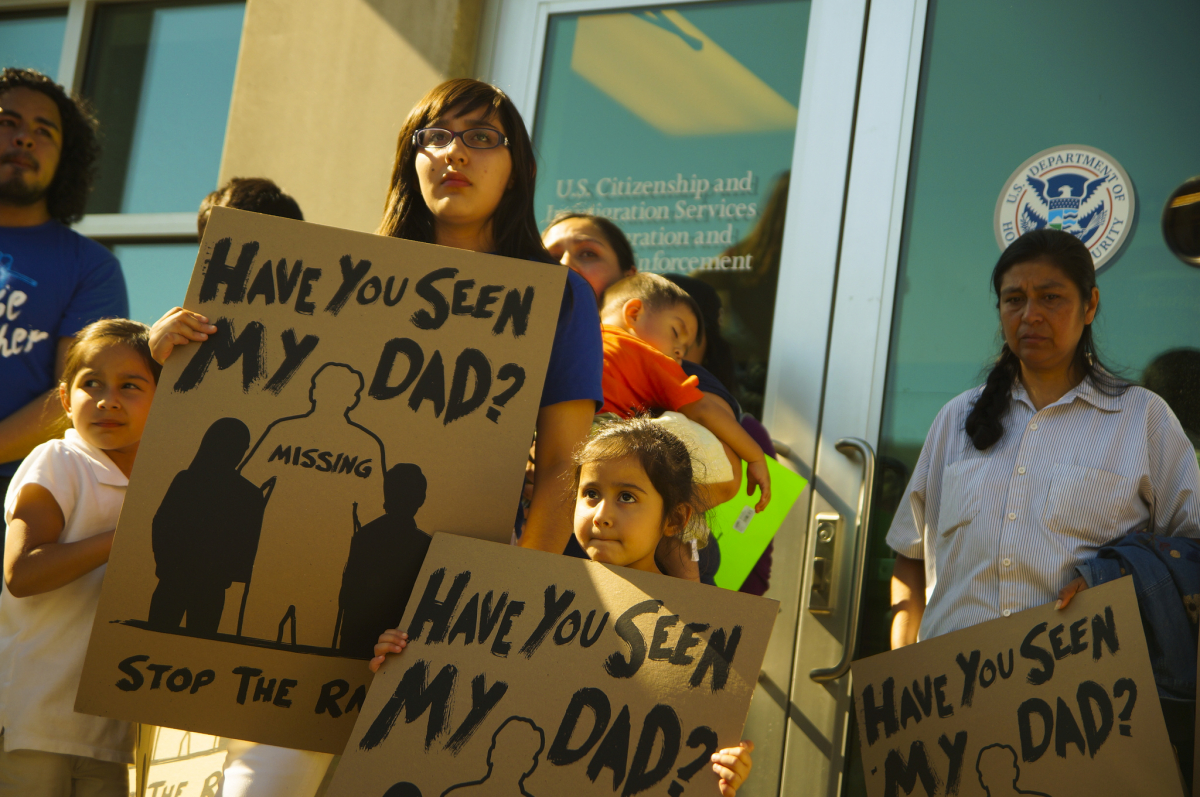 Responding to years of pressure from immigrant activists, President Obama took executive action on November 20 (see box below for details). We interviewed two activists about the executive order and what’s next in the fight for immigrant rights.

Arianna Salgado is a Chicago-based immigrant and education activist and member of the Immigrant Youth Justice League.

Guillermo Perez is the President of the Pittsburgh Labor Council on Latin American Advancement (LCLAA), a member activist in the steelworkers union (USW) local 3657, and a member of the Labor Notes policy committee.

Tell us about your experience in the immigrant rights movement.

Arianna Salgado: I’m undocumented but I have Deferred Action for Childhood Arrival [DACA], which provides me with a work permit and Social Security number and protection against deportation. I’ve been involved in the immigrant rights movement since 2010 or 2011… through the issue of access to education for undocumented students.

Eventually I got involved in the fight against deportations and detentions. We were trying to highlight the reality that people who are in detention or who are facing deportation aren’t these criminals that we’re often times made to believe.

Guillermo Perez: I’ve been involved in the fight to reform the immigration laws for 15 years. My involvement came from representing undocumented workers who were in the union that I was working for. I really see the fight for immigration reform as a labor fight, because I think that the question of immigration is fundamentally a labor question.

The thing that we were fighting for all along was to achieve something in the way of protections for people so that they could become full-fledged participants in our society, without any regard to whether they had papers or not. In LCLAA we say, “las luchas obreras no tienen fronteras,” “workers’ fights don’t have borders.”

Obama’s announcement centered on the creation of a new immigrant status called Deferred Action for Parental Accountability (DAPA). What do you think of this new status for undocumented parents of children who are citizens or permanent residents?

GP: I think it’s an important achievement. It’s the product of tremendous struggle on the part of immigrant rights activists who really put pressure on this president to do something about the situation. As a victory we have to take it, and we have to build on it.

What Does the Executive Order Do?

The White House claims that over 5 million immigrants could be eligible for the new and expanded statuses, out of an estimated 11 million undocumented immigrants in the United States. Immigrants cannot yet apply for DAPA or the expanded DACA. The changes are expected to happen incrementally in the coming months, unless they are somehow blocked by Congress.

There are 5 million people eligible for DAPA and this now expanded DACA program. The challenge is getting those folks to apply, get them legal status, and make sure that they never lose it. If we don’t get enough people into the program, then it’s more likely that it could be taken away.

AS: I think it’s definitely a step towards the right direction. We’re very well aware of the fact that it doesn’t cover even half of the people in our community. But we understand how it may be significant to those that it does cover.

The much-accepted narrative is that if an individual is in detention or deportation proceedings then they must have done something really bad to get there. But what we find is that these are individuals who were just picked up, sometimes on routine traffic checks. Even though President Obama has announced DACA and DAPA, the reality is that the deportations will not decrease. This announcement doesn’t really impact that.

What do you think of Obama’s claim that DAPA will allow millions of undocumented immigrants to “come out of the shadows?”

I can only speak to DACA, because that’s the only one that has a process right now, but that might give us some insight into how people might react to DAPA. Individuals who have applied to DACA understand that it doesn’t provide us a pathway to permanent legalization, but also understand that it does provide us with some new resources. Before, we weren’t able to work legally, we didn’t have the ability to consider different employment options because we didn’t have a Social Security number.

Something that DAPA may bring is the ability to have more employment options other than just what individuals have had access to, which is usually really low-wage jobs. I’m not saying that all of a sudden people are going to have access to great jobs and pay and benefits, but at least it does provide a bit more opportunity than what people had before.

GP: I think that it’s vitally important that we convince people that it’s worth doing. In some ways it’s no different than an organizing campaign that we wage. When we talk to workers and they say, “Can I get fired for joining the union?” Yeah, it’s a possibility, but if you don’t join then nothing’s ever going to change.

Some have criticized DAPA’s eligibility requirements (high fees, criminal background checks, five years’ proof of residency in the U.S., a citizen or permanent resident child). How would you respond?

AS: It does require you to prove your continued presence in the Untied States. For those individuals who don’t have access to all the documents that are required, it will be a challenge.

I can speak to the experience of some of my friends who have had to move since they’ve been in the country. They haven’t had the opportunity to collect documents that prove that they’ve been here since they were six. They’re now 20. That’s a problem.

The announcement doesn’t do anything to address detention or deportation.

We can also see how the U.S. citizen or resident child requirement may be challenging for LGBTQ families who may not be able to adopt children [or may only have one parent considered a legal guardian and therefore eligible for DAPA]. It leaves out people who don’t have U.S. citizen or resident children, even if they qualify under all the other requirements.

What do you make of Obama’s announcement that he will end the much-criticized Secure Communities program?

GP: If there’s a certain amount of cynicism being expressed when it comes to this part of the executive action, I think it’s warranted. It’s a victory in a sense, but it’s like a contract victory. You fight like hell, you win something in a contract, but enforcement is everything. Is ICE [Immigration and Customs Enforcement] really going to comply? The president’s record on this has not been great in the past, so people have every reason to be concerned. But that’s our job as activists: to bring it up and to give him grief if they’re not complying with what was supposed to be done.

Employers are known to collude with ICE to retaliate against workers who are organizing by using I-9 audits—sometimes called “silent raids”—to intimidate and punish workers. Will Obama’s announcement have any effect on this workplace intimidation?

GP: I actually think the executive action could be a huge help. I think it will help us in organizing workplaces where there are substantial numbers of undocumented people who now will have some form of legal status.

AS: That’s one hope that I do have for this. Both of my parents qualify under our current understanding of the announcement. My mother has faced very bad work environments. When she tried to organize she was immediately fired, and struggled for a bit to find employment after that.

Her employer was very well aware of the fact that she is undocumented. She had been there for 10 years. He said, “if I fire you, I know it’s going to be hard for you to find employment because you don’t have a Social [Security number].” So he knew that my mom was at a disadvantage, and that getting rid of her would stop a lot of the organizing that she was trying to create there. I’m hoping that, with access to these new resources, some of the fear will go away.

How have you responded to Obama’s announcement?

AS: I was one of the individuals who interrupted President Obama here in Chicago last week. We decided to take that action because we were with a family in which the father is in deportation proceedings. When we heard President Obama say that his priority was criminals, we felt the need to make sure that everyone understood that this is not true… This father does not match up with Obama’s description of a criminal, and yet he’s in deportation proceedings. Obama’s announcement isn’t going to help him.

How can activists support immigrants in the ongoing struggle?

GP: I’d love to see union halls all over the country opening up and serving as places where people can come to get good information to apply. That would be beautiful. And that’s what we’re working towards in LCLAA.

If you really support the immigrant rights movement and want to do something to address the fight of the undocumented, then find an organization that’s doing this work, give them money, volunteer your time, and also be out there on the street when they mobilize people to put pressure on politicians.

These interviews were edited for clarity, rearranged, and shortened.