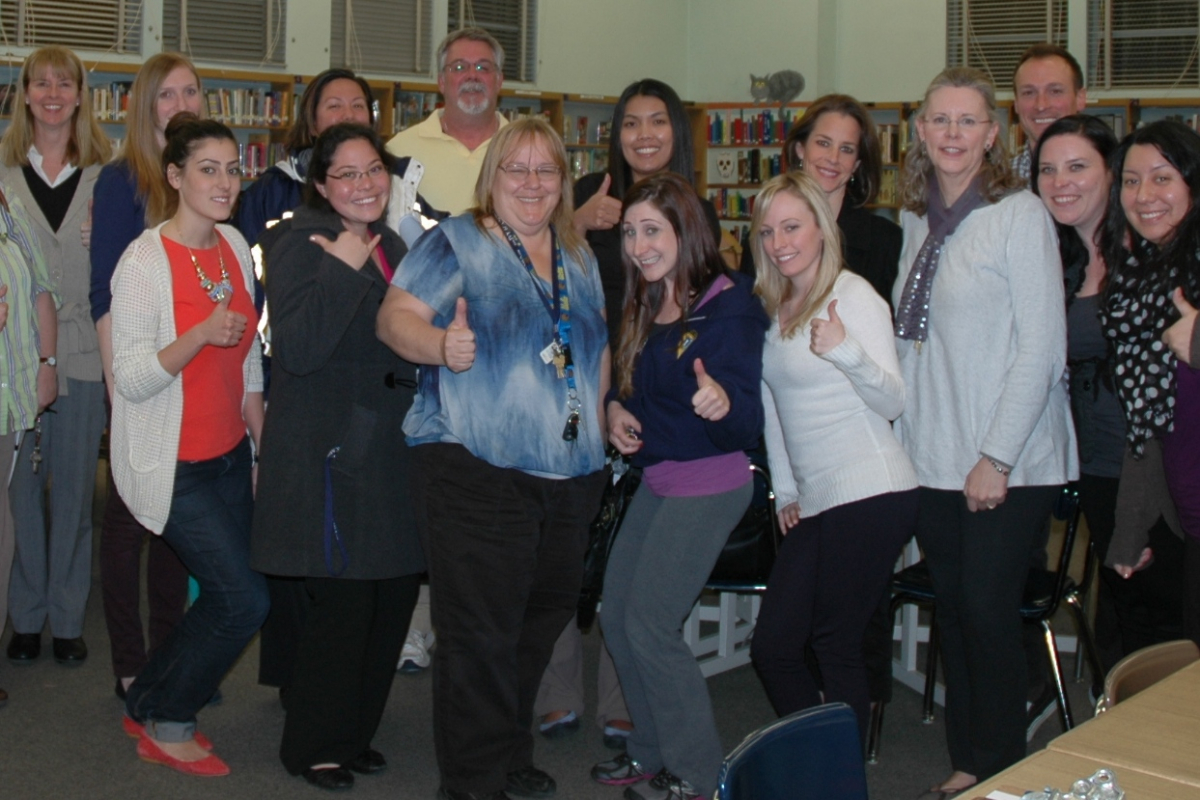 Teachers at Ivy Academia in Los Angeles are the latest to join a wave of union organizing victories at charter schools.

Fifty-six teachers and counselors joined the L.A. teachers’ union in February, following on the heels of schools in Michigan and New York. The American Federation of Teachers says its affiliates now represent 8,000 members at 191 charter schools. The National Education Association co-represents many charters with AFT and calculates there are about 625 unionized charters total.

Ivy teachers make less than public school teachers and are given extra job duties outside the classroom, said Tom Kuhny, a middle school teacher at Ivy for seven years.

“You come in at less salary. You work longer hours because you are at-will,” he said.

Deb Schwartz, an 11th grade English teacher, said that in the 2012 school year, teachers were given 13 furlough days in anticipation of the state budget crisis. “We felt we did not have a voice in some of the decisions and changes,” Schwartz said.

When school funding was restored, teachers got back only five of the 13 unpaid days. “At that point,” she said, “everyone got together and said, ‘This doesn’t seem right.’”

Teachers also wanted stability. Schwartz said, “It is held over our heads on a daily basis that there is a glut of teachers waiting to replace us, because we don’t have a union.”

Schwartz and Kuhny were drawn to Ivy because they liked its mission, including school projects where students start their own businesses and learn financial literacy.

Teachers’ unions have battled school districts as they close public schools and replace them with charters, which the unions see as privatization efforts driven by business interests.

Nonetheless, charters continue to grow—and the AFT and NEA have been compelled to turn to organizing teachers there. The Department of Education says the number of charters tripled between 2000 and 2010, while their share of public schools grew from less than 2 percent to 5 percent.

Nowhere is this proliferation more evident than in Los Angeles, which has 183 charters. They enroll almost double the number of students of any other city, nearly 80,000.

Studies show charters have higher turnover than traditional public schools. “Turnover in general is an issue for teachers,” Brooklyn College professor David Bloomfield said. “The difference is, it’s part of the business model for many charters, because it keeps salaries low. It keeps the demands for benefits low.”

Charters are paid an amount per pupil similar to public schools by the school district or state, but save money because they don’t pay into pension and benefit funds the way unionized districts do. Charters can also be exempt from some of the rules and regulations traditional public schools must follow, depending on state law.

Bloomfield said charter teachers’ joining unions is “part of the maturing of the charter movement, because, as teachers who haven’t left grow older, they want to take control of their labor destiny.”

At Ivy Academia, teachers avoided the drawn-out fight common to organizing drives by showing overwhelming support for the union: 54 of 56 eligible teachers and counselors signed cards that were recognized by the state labor board.

They also worked with UTLA to line up community and political leaders to encourage the school to immediately recognize their union, so they could move into bargaining.

Nationally, organizing methods have varied, depending on employer opposition and tactics.

Some employers have argued that they belong under the jurisdiction of the National Labor Relations Board, which governs the private sector. While some public sector workers can win union recognition simply by showing majority support through signed cards, private sector workers usually have to go through an extra step of winning a worksite election. This gives the employer additional time to campaign against the union.

Charter schools have generally been considered public entities—as they are primarily funded by taxpayer dollars—even though they are managed by private nonprofits or companies.

Chicago’s Math and Science Academy appealed to the NLRB after teachers gained majority support on authorization cards that were recognized through the Illinois body that governs public sector workers.

The NLRB took the boss’s side, ruling in December 2012 that the charter school was a government subcontractor and thus under its jurisdiction. While this ruling is specific to the Chicago school, it has the potential to set precedent elsewhere.

A Philadelphia charter operator is following the Chicago example. Teachers at the New Media charter petitioned the state for recognition two years ago, to join the Alliance of Charter Teachers and Staff, the AFT’s national organization for charter schools (it has chapters in Chicago, New York City, Philadelphia, Michigan, and Massachusetts).

But the charter pushed for an NLRB election. The two sides finally agreed to schedule a vote April 24.

Many charters are still being organized under state labor relations boards, however, including Ivy Academia and others in California.

Even in the private sector, of course, employers can voluntarily recognize a union—so the two sides can negotiate over the method of achieving recognition.

In Chicago, UNO, a charter chain operated by a politically connected community and business leader, recently agreed to organizing ground rules with the AFT charter local. These include card-check recognition and neutrality while teachers decide whether to organize.

A corruption scandal uncovered by a Chicago newspaper may have given UNO an incentive to avoid public conflict.

Ivy Academia has had its own scandals: the school’s founders were recently found guilty of misappropriating $200,000 of public funds. They had stepped down from the school in 2010.

Teachers and counselors at Ivy are looking forward to bargaining their first contract. They have reached out to parents to emphasize that unionizing is in the best interest of both teachers and students.

“We have a really wonderful school,” said sixth-grade teacher Jaime Marks. “This is going to increase the opportunities for students to be successful.”

This article has been corrected to clarify that Los Angeles' six conversion charter schools are independently managed not run by charter school operators. After schools were converted, teachers remained in UTLA but bargain separately from district schools.

A version of this article appeared in Labor Notes #410, May 2013. Don't miss an issue, subscribe today.

Samantha Winslow is co-director of Labor Notes.samantha@labornotes.org
Related
How Educators in Brookline, Massachusetts, Won an Illegal Strike »
Minneapolis Strikers Demand a Living Wage for the Lowest-Paid Educators »
This Year, Let's Coordinate Our Contract Fights to Bargain for the Common Good »
Richmond Educators Are First In Virginia to Win Bargaining Rights »
Twin Cities Teachers and School Employees Gear Up for Strike »