In Health Care Reform, Massachusetts Shows How Not To Do It 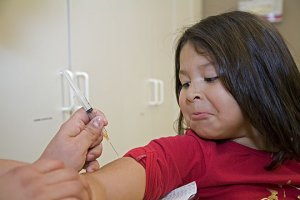 Massachusetts pays the most in the nation for its health care, and yet it’s plagued by an ongoing crisis of access, affordability, and quality. Although our experiment in health care reform already has deep problems, policy wonks influencing the country’s health care debate tout Massachusetts as the model for universal health care nationwide.

If Massachusetts is a model, it’s a model of what not to do.

When the legislature passed “shared responsibility” legislation two years ago, nearly every suit in the state’s health care industry celebrated. The concept grew from an October 2005 assembly convened by the Blue Cross-Blue Shield Foundation of Massachusetts that made a bald assertion: there was no way to achieve universal coverage in Massachusetts without an “individual mandate,” the enforceable legal requirement that everyone have health insurance.

The problem was that the assembly was not allowed to consider Canadian-style single-payer health care—which would eliminate private insurance companies—as an option. It was off the table.

So a new bureaucracy was established, the Commonwealth Health Insurance Connector Board, with broad powers to set rates, approve cut-rate private policies, and define affordability.

Subsidies are offered on a sliding scale for those earning up to 300 percent of the federal poverty line (about $63,000 for a family of four). Those earning below the line are covered free.

The tangle of private insurance companies, with their expensive bureaucracies and profits, remains in place.

The only new source of revenue for these subsidies is the $295 per employee fee paid anually by employers of 11 or more workers who fail to show that they are making a “fair and reasonable” contribution to their employees’ coverage.

The tangle of private insurance companies, with their expensive bureaucracies and profits, remains in place.

Given these constraints, how does the system measure up?

Access. The ability to get care has expanded for some, with an increase in Medicaid enrollment for some of the poorest. But this comes at the expense of many, particularly undocumented workers and their families, who in the past had depended on the uncompensated care pool, or free-care pool, through community health centers and safety-net hospitals.

Kip Sullivan: Unions Back Plan that Could Kill Off Real Health Care Reform

The pressure is now on to deny free care to low-income immigrants who would be eligible for subsidized programs if their papers were in order.

Out of a population of six million, a quarter of a million residents remain uninsured. About 60,000 have been granted waivers as unable to afford even the subsidized plans.

Others fall through the cracks of a complex bureaucracy, and an unknown number simply defy the system and refuse to fill out the additional pages of questions about their insurance status with their state income tax form.

Affordability. For many, paying for health care without the threat of bankruptcy or giving up other necessities of life remains impossible. Governments and many employers are staggering, too.

Rising costs for public employees’ and retirees’ health insurance has led to round after round of service cutbacks, affecting every resident who uses public services. Attempts at cost-shifting have provoked strikes by teachers and turnovers in city halls.

Employers successfully pressure the Connector Board to keep copays and deductibles high in the subsidized health plans. This keeps those covered by commercial plans from switching to the public ones.

But ironically, those high deductibles and copays are not counted when calculating who qualifies for taxpayer subsidies.

A diabetic stay-at-home mom on the subsidized plan, for example, pays $110 a month for insurance. But the array of drugs and procedures she requires and the limits on her coverage leave her with copayments of about $165 a month.

Quality. The new system doesn’t seem to have improved patient outcomes. A recent study showed that 45,000 patients are injured and 2,000 patients die in Massachusetts each year from hospital-acquired infections and accidents. That’s six patients dying each day.

And hospital executives fiercely resist steps to improve quality. In July they blocked a bill—again—to establish minimum nurse-to-patient ratios. Such ratios have made California hospitals much safer.

In July Massachusetts Senator Ted Kennedy announced a bipartisan initiative to achieve “universal health care” quickly, in the first days of a new administration. And then came Health Care for America Now, a new 80-member coalition that includes the AFL-CIO, SEIU, and AFSCME. HCAN champions a system—similar to Massachusetts’s—that would leave the insurance companies at their troughs.

During the Great Depression, FDR was elected with a mandate for change, but the specifics were vague and the direction of the new administration nebulous. Like today, an upsurge of grassroots action was needed to set a progressive agenda.

It took 3,000 locals, for example, ignoring AFL President Bill Green’s aversion to “the dole,” as he called it, to establish unemployment insurance.

This may well prove to be just as fluid a moment in history. Nothing of consequence—like universal, single-payer health insurance—will succeed without solid grassroots organizing that sets the agenda for the next administration.

Related
Massachusetts Nurse Strikers Aren’t Blinking »
Viewpoint: Solidarity for the Tenet Nurses Strike Should Be Labor's Top Priority Right Now »
Steward's Corner: How One Union Uses Kitchen Table Economics to Advance Medicare for All »
Engines Out and Pickets Up to Stop Health Plan Downgrade by Cummins »
Will Urgent Care Doctors Be Forced to Strike in a Pandemic for the Right to Go Home? »

It is sad to read articles like this. Despite the fact that we are living in the modern society, we still can't guarantee the normal health care for sick people. It feels like we are still living in the middle ages. Why other countries have normal health care systems? Do they have more money? No. That is the main question. After reading these lines: "A recent study showed that 45,000 patients are injured and 2,000 patients die in Massachusetts each year from hospital-acquired infections and accidents." I was shocked. How it could be happening? We must to something about that. I hope that Obama's health care reform will help us to make the life for sick people better. By the way, thanks for the great article!

Nurses are not only the helpers of the sick they also help in the early recovery of those in the hospital. It's Nurses' Week. May 6-12 has been declared as Nurses' Week because Nurses' Day (May 6th) wasn't giving enough credit where more was due. The trade that Florence Nightingale helped to propel towards the status it really deserves has been upgraded to getting a whole week, and President Obama is on board. While he's making installment loans to troubled firms, he's also looking out for the people working in the noble trade of nursing, the ones who do the heavy lifting in hospitals.

yeah group coverage should be a must for all. Only problem is..how are employers going to afford it for the employees?

Nice Article Thanks for sharing

I think that we need group health care insurance for everyone in the united states. I think we should view it as a birthright. Why do we have social security, but not health security?

Sandy,
good article. Please explain to me how single-payer would bring costs down for health care. Also, what good is access if quality is low? How do we even begin to address quality? what are some ideas to improve that?
Thank you for your help,
lisa

Attempts at healthcare reform that only work on one of these is doomed to failure. For example, in Massachusetts, the attempt to achieve "near universal" coverage without dealing with costs and quality is tottering on the brink, right now, with budget gaps and a weakening economy. As long as the commercial insurance industry lies at the heart of the plan, with its financial demands uppermost, and with the people lacking the collective strength to counter the exorbitant demands of the pharmaceutical giants and hospital conglomerates, we are all held hostage, with or without insurance coverage. Furthermore, the hospital industry was able to use this precarious reform position to kill vital patient safety legislation. With single payer, the commercial health insurance industry is pushed aside, and the collective strength can be marshaled to deal with the other profiteers. A single-payer system covers everyone at less cost. And with the rise in effective economic democracy in health care, quality measures can be assured without the hospitals and other facilities getting away with cutting corners.

Sandy,
This article is filled with so much inaccurate information, your valid point that single payer is the best solution is lost.

According the the Kaiser Family Foundation, by May 2007 100,000 uninsured people had gotten insurance in MA. My understanding is that the enrollment for MassHealth (Medicaid) increase by tens of thousands. That's all good news, huge news that you brush off as a benefit for "some".

You say that the only new source of revenue is the $295 assessment on employers - Massachusetts just passed a $1 a pack cigarette tax increase which is estimated to raise $174 million to pay for health care reform.

You say that the connector board approved cut rate private policies, but MA now has a definition of insurance that far exceeds the rest of the country. Companies that used to offer "insurance" can no longer do so in MA, because a base line standard was set and it was set much higher.

Then you talk about how services are cut and how health care reform hasn't improved quality. How would a single payer system have reduced infection in a way that the individual mandate didn't? It wouldn't have, it would have expanded access more than the current health reform.

What do nurse staffing ratios have to do with the success of this program? If there was single payer in MA would there be more nurses? It's as likely that single payer would have reduced the number of nurses given that paying for it and keeping the feds matching billions would mean cutting costs somewhere...

What you're looking for is right. Single payer would be better, but any discussion on health care has to deal with the problem of the perfect being the enemy of the good. If you want to expand the number of people who are willing to fight for single payer, we need thoughtful, fact based, compelling articles (and if written by nurses, all the better) that deal with reality.