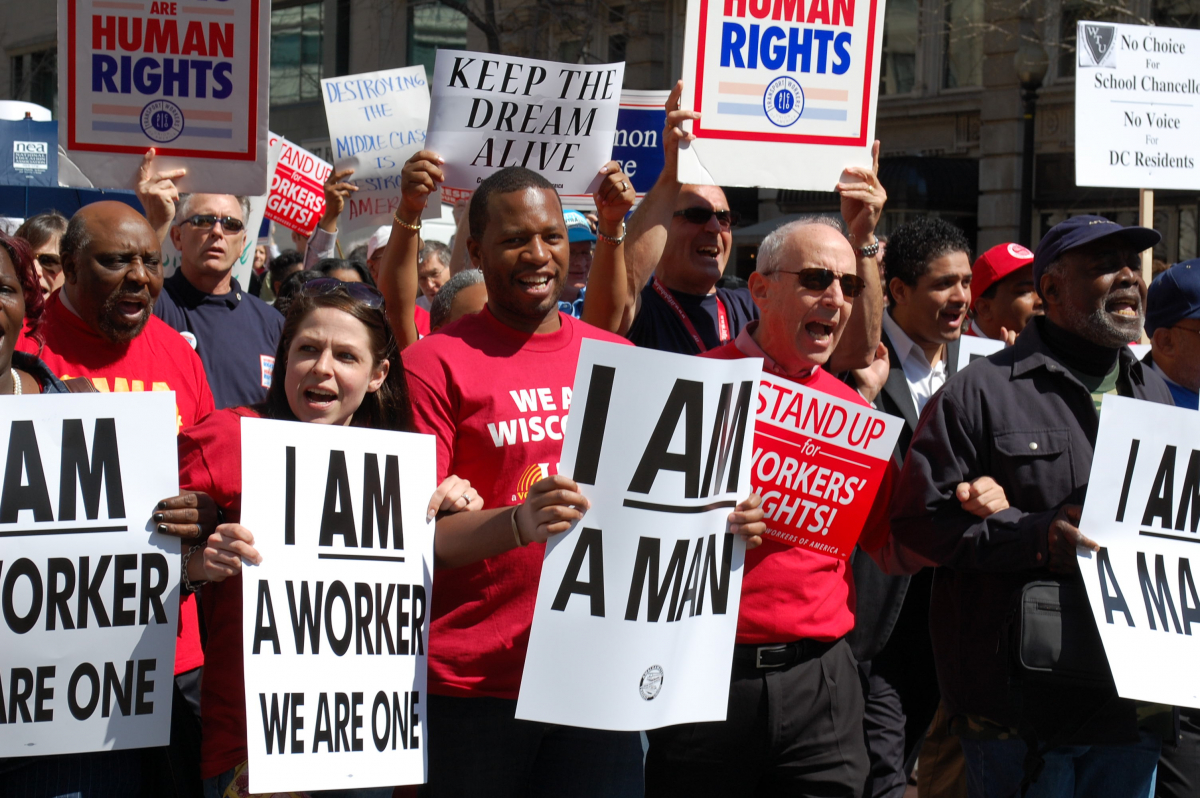 Adapted from remarks by Rand Wilson on January 16 at the Capital District Area Labor Federation's 20th Annual MLK Labor Celebration in Albany, New York. In the nearby town of Waterford, 700 workers are on strike at Momentive Performance Materials, while in Green Island, dozens have been locked out at a Honeywell aerospace plant for more than nine months.

Toward the end of his life, Martin Luther King Jr.'s thinking about poverty evolved from racial equality to more of a class perspective. He proposed a Poor People's Campaign to challenge the government to end poverty and a broad coalition to support it.

But building a coalition to back his program for economic justice proved more difficult than he imagined. It made his funders and even his closest advisors nervous. A proposed national march on Washington had to be postponed, and King was growing frustrated.

Sanitation workers in Memphis, Tennessee, had been trying to get organized and win recognition from the city for years without success. After two workers were crushed to death in one of the garbage trucks, a majority of workers struck on February 12, 1968, for union recognition and a contract.

The strike had been going on for over a month with growing frustration. Incidents of violence were increasing, mostly provoked by the racist and brutal Memphis police.

King recognized that the strike provided an opportunity to demonstrate how the civil rights and economic justice movements could come together at the local level. He proposed bringing the Poor People’s Campaign to Memphis.

King first went to meet with the strikers in Memphis on March 18. He spoke to 1,500 workers and supporters. King was well received, and the crowd's mood was militant and eager for action.

King said, "If America doesn't use her vast resource of wealth to end poverty and make it possible for all of God's children to have the basic necessities of life, she too is going to hell." And he went on to describe how their strike was part of new direction for the civil rights movement:

Now our struggle is for genuine equality, which means economic equality. It isn't enough to integrate lunch counters. What does it profit a man to be able to eat at an integrated lunch counter if he doesn't earn enough to buy a hamburger and a cup of coffee?

As the crowd cheered, King saw an opportunity to grow the movement by expanding the strike. He called for a general strike in the city of Memphis! Plans were made and a strike date was set. The tactical escalation was highly controversial.

Unfortunately, due to a freak snowstorm, the strike was called off. Amid growing threats to his life, King hurriedly left Memphis. However, he was not to be deterred and vowed to return.

King returned to Memphis on April 3, 1968, to support the strike again. At a rally with strikers and area clergy he gave his "I've Been to the Mountaintop" speech—one of his most famous, and fatefully his last. This is the speech where King predicted his own assassination. (Hear it HERE.)

However, the main subject of the speech was winning the sanitation strike. King advised they should use the power of the boycott, urging that the movement should “always anchor our external direct action with the power of economic withdrawal":

We don't have to argue with anybody. We don't have to curse and go around acting bad with our words. We don't need any bricks and bottles, we don't need any Molotov cocktails, we just need to go around to these stores, and to these massive industries in our country, and say, "God sent us by here, to say to you that you're not treating his children right. And we've come by here to ask you to make the first item on your agenda fair treatment, where God's children are concerned. Now, if you are not prepared to do that, we do have an agenda that we must follow. And our agenda calls for withdrawing economic support from you.

Making Our Pain Their Pain

When workers go on strike, it almost immediately involves personal sacrifice. As the weeks and months go by, that sacrifice becomes real pain inflicted on the strikers and their families. King's quote from his last speech is particularly relevant to most every strike situation:

Up to now, only the garbage men have been feeling pain; now we must redistribute the pain. We are choosing these companies because they haven't been fair in their hiring policies; and we are choosing them because they can begin the process of saying they are going to support the needs and the rights of these men who are on strike. And then they can move on downtown and tell Mayor Loeb to do what is right.

King knew the importance of keeping spirits up and sticking together. He said, "We've got to give ourselves to this struggle until the end. Nothing would be more tragic than to stop at this point, in Memphis. We've got to see it through."

To the clergy and other civil rights supporters, King delivered a powerful message of solidarity: "And when we have our march, you need to be there. Be concerned about your brother. You may not be on strike. But either we go up together, or we go down together."

Near the end of the speech, King used the "Good Samaritan" parable from the Bible to implore everyone to make even greater sacrifices to help the workers win. He concluded with words that have an uncanny relevance to our time:

King's strategic advice to the striking Memphis sanitation workers is still useful for workers seeking to improve their lives with direct action today:

Related
Viewpoints: How Academic Workers’ Leverage Can Grow in a Long-Haul Strike »
Every Union Contract Right Now Should Be the Best Ever »
Could We See a Rail Strike? »
Undaunted by Fines, Massachusetts Teachers Defy Strike Ban »
Ahead of Halloween, Sysco Teamsters Give Corporate Ghouls the Heebie-Jeebies »

If MLK was alive today, I'm sure he would be going to Waterford to support the striking workers at Momentive. Learn more at: http://momentiveworkers.com/