Instead of Coal, These Nurses Gave Their Boss 900 Documented Incidents of Unsafe Understaffing

The petition demands returning nurse staffing levels to the pre-pandemic state, before management instituted severe austerity measures that have produced soaring profits this year. In the photo, the petition is taped to the door on the right, and the stack of unsafe staffing forms is about to be placed under the corporate Christmas tree. Photos: UMPNC 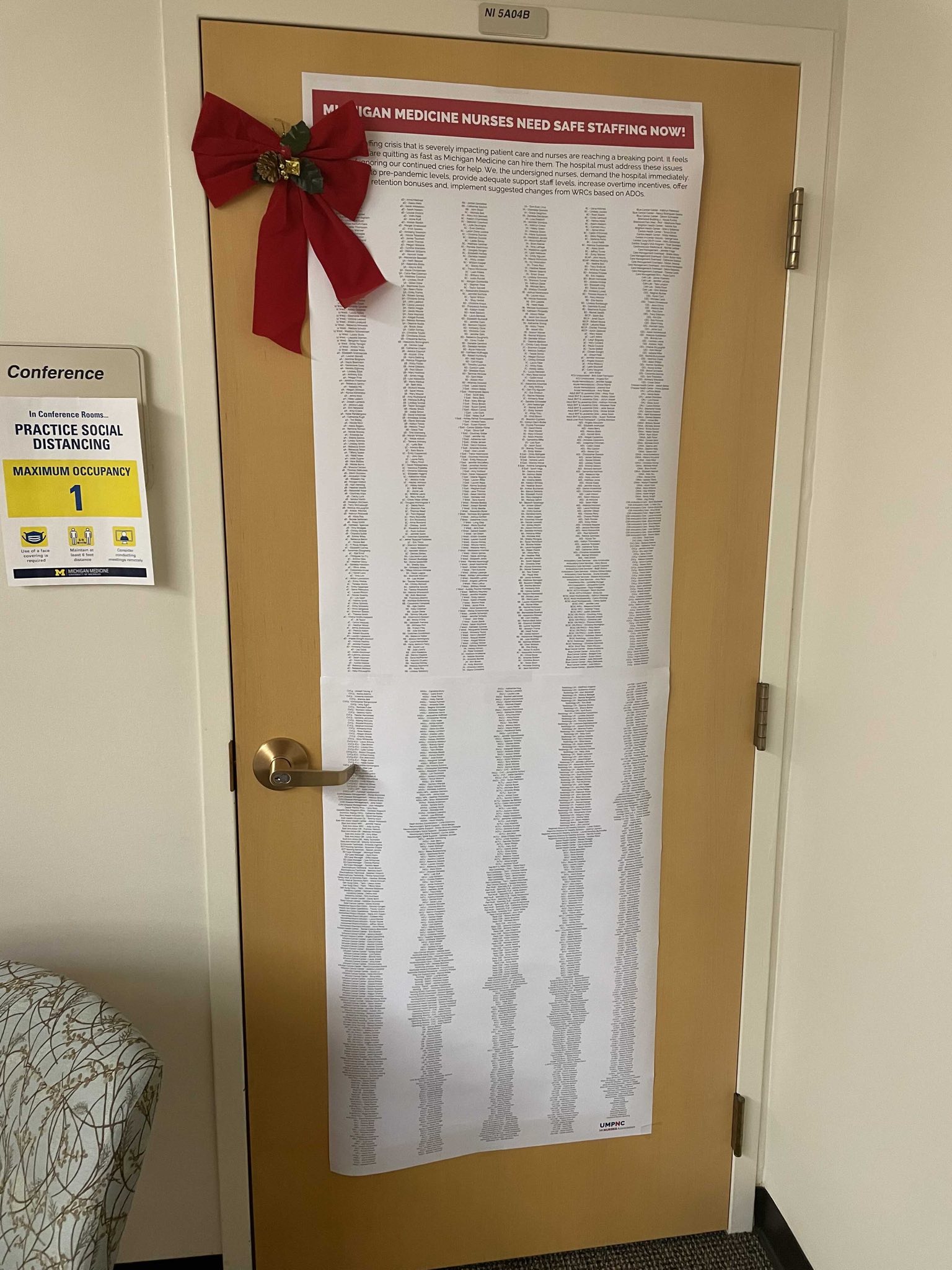 Since the Chief Nurse Executive was “in a meeting,” the nurses taped their petition to a door with a red bow... 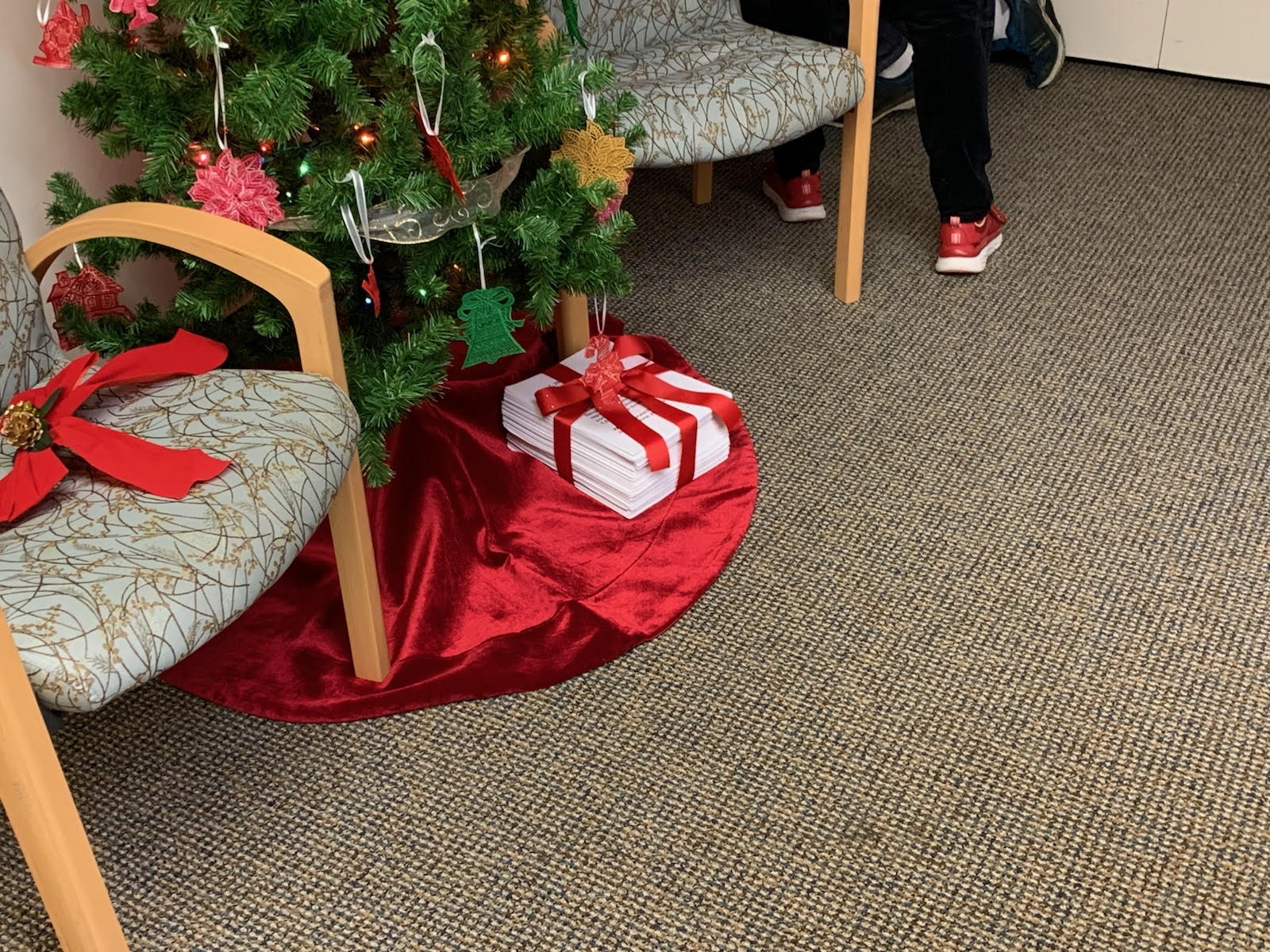 …and they left a stack of 900 “Assignment Despite Objection” forms under the tree. 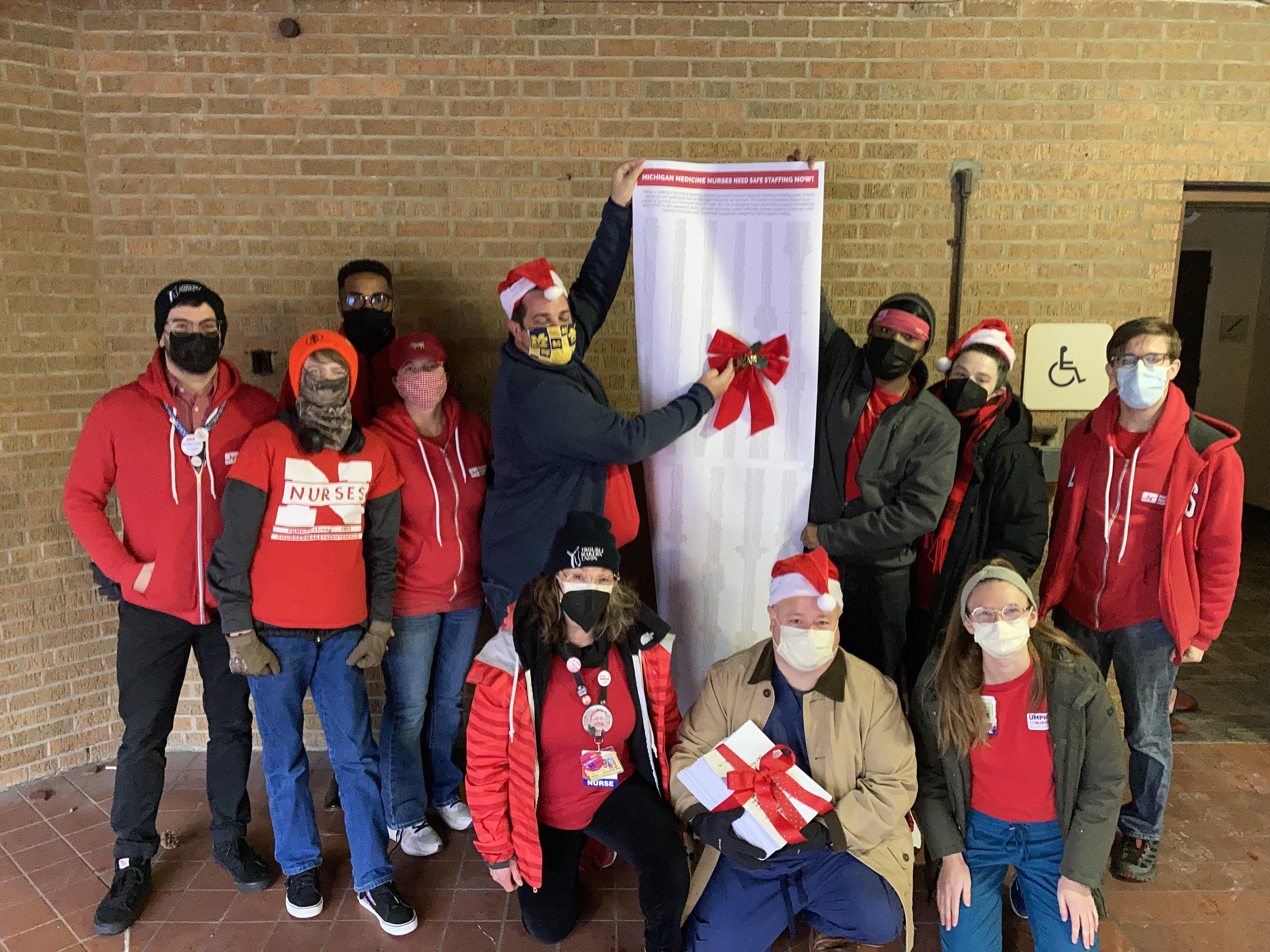 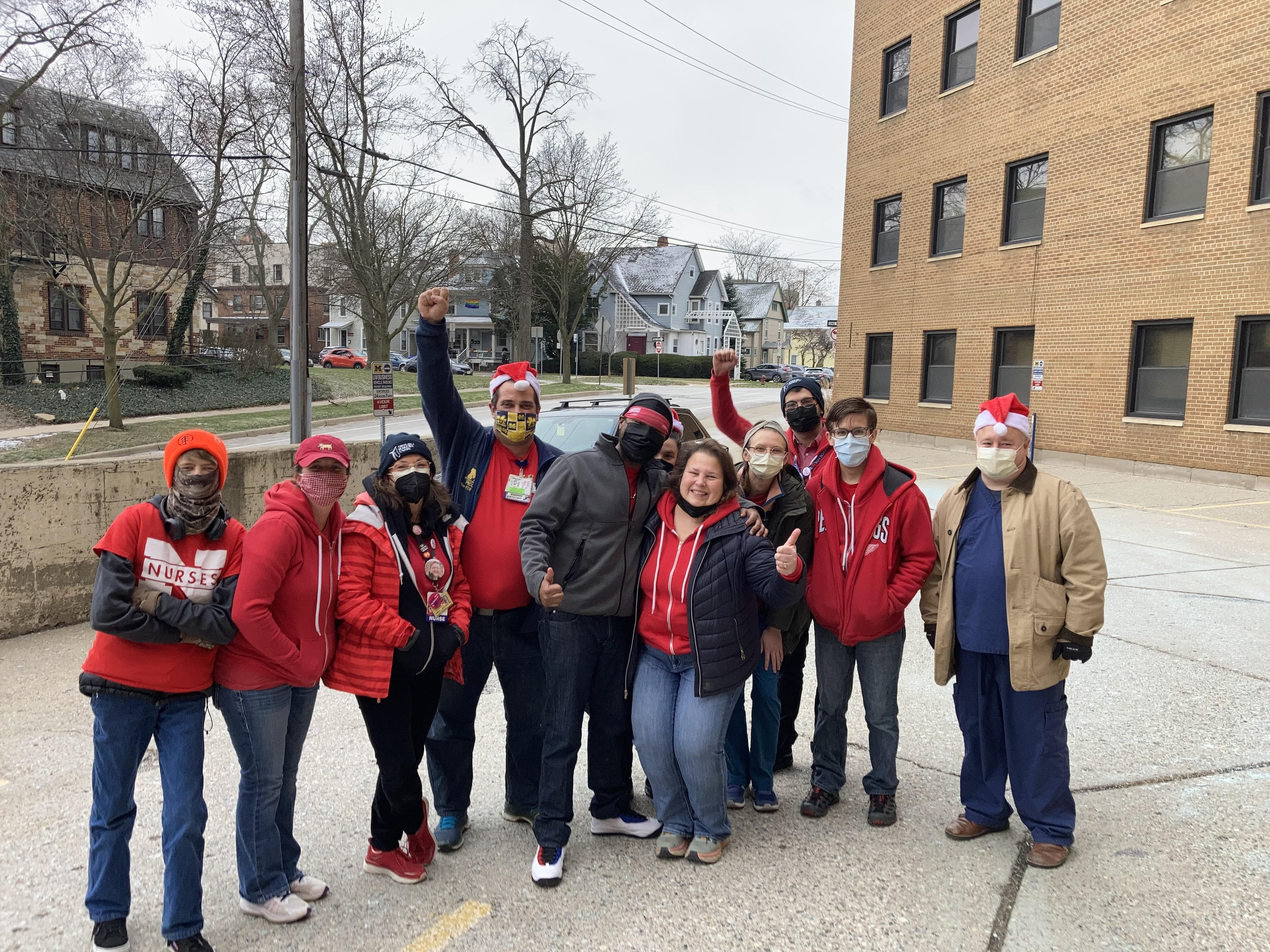 The nurses' contract expires June 30, 2022, and they expect an escalating contract campaign.

Nurses at the University of Michigan hospital yesterday delivered almost 2,000 petition signatures for safe staffing to Chief Nurse Executive Nancy May. Since May was “in a meeting,” the nurses taped the signatures to a door with a red bow and left 900 “Assignment Despite Objection” (ADO) forms under May's Christmas tree.

The U of M hospital is now treating its highest number of Covid patients since the start of the pandemic.

“Every single unit is running short,” said U of M Professional Nurse Council Interim President Anne Jackson. “Our float pool is not available to cover shortages because it's not big enough. We've lost an unbelievable number of nurses to lucrative retention bonuses the nonunion hospitals are offering. Young nurses are leaving to become travel nurses.”

Nurses can file an ADO to document unsafe conditions. Examples are being mandated to work overtime, their workload being affected by lack of other workers, and charge nurses (who are supposed to oversee the work and be available to cover for breaks) having to take full assignments.

“We are short nurses, techs, aides, sitters, phlebotomists, pharmacists, respiratory therapists,” Jackson said. “Much of that work a nurse can do, and because a nurse can do it, they make a nurse do it. I had four ADOs this weekend over lack of sitters—the people who are supposed to sit with a patient to keep them from getting out of bed and falling.”

The petition demands returning nurse staffing levels to the pre-pandemic state before management instituted severe austerity measures. The hospital went from its first deficit in years in 2020 to its largest positive margin in years in 2021, “made on the backs of the staff [who were] left after layoffs in summer 2020,” Jackson said.

Nurses want U of M to staff up in all areas and all job classifications. Offering exhausted nurses retention bonuses might keep them from following the money to other hospitals.

The nurses' contract expires June 30, 2022. In their last contract campaign in 2018, they were energized by management's heavy-handed response to their red union T-shirts and won a good contract without a strike. This year, they had to fight off a raid by a competing union—which they did partly by rounding through the hospital to talk to nurses and encouraging them to file ADO's as needed.