West Virginia and Arizona teachers linked up with each other and with other teacher activists from across the country at this year's Labor Notes Conference. Help build the Troublemakers Union by donating to Labor Notes today! labornotes.org/donate Photo: Jim West, jimwestphoto.com

We made headlines with our spring strike wave... but did you know that Labor Notes played an essential behind-the-scenes role?

Two of us are writing to you together. Jay is a teacher in West Virginia, Rebecca is a teacher in Arizona. Our lives changed this past year when we helped organize statewide strikes and spark a national uprising that’s still unfolding.

We’re proud to say we’ve joined the Troublemakers Union. Can you make a donation today to help Labor Notes keep building the troublemaking wing of the labor movement? 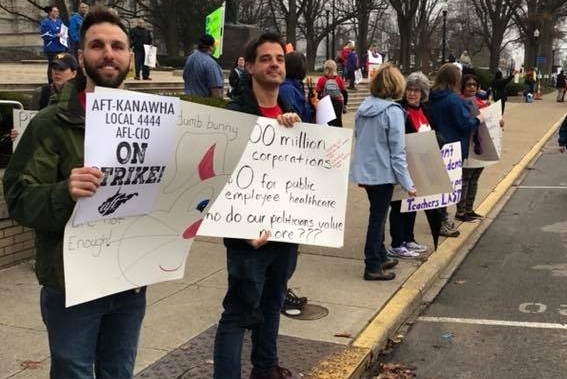 For me it all started when I saw someone wearing a Troublemakers Union T-shirt. I found the Labor Notes website, subscribed to the magazine, ordered the book How to Jump-Start Your Union, and felt a little less alone.

I had no idea we would be organizing a statewide strike in West Virginia shortly before my first Labor Notes Conference!

But without Labor Notes we might not have made the good decisions we did. One lesson in that book is to build up relationships with the community. So we paid special attention to making sure our students would get fed during our strike.

By the conference, we had just had this great strike—but now what? It was refreshing to discover people on my wavelength, all dealing with the same frustrations. I was blown away by the organizing I heard about.

Especially in a state like mine, a lot of times when they say "organizing" they just mean "recruiting more members to your union." At Labor Notes, they mean what I mean. I'll definitely be back in 2020. Will you give to help Labor Notes grow? 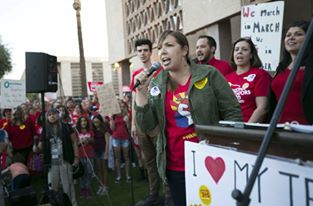 I was a Chicago teacher for 11 years and took part in the famous 2012 strike. Then I moved to Gilbert, Arizona, and found that things were very different.

The Labor Notes book How to Jump-Start Your Union, which told our Chicago story and laid out its lessons, was immensely helpful as we planned our campaign in Arizona—from wearing “red for ed” every Wednesday to a statewide strike. We got ideas from Labor Notes magazine, too.

When we came to the conference, we hadn’t been on strike yet... but everybody there told us we should go for it. I felt like Jay and his co-workers were passing the torch to us, from West Virginia to Arizona.

Now we’re focusing on building power in the workplace and we’re relying on another Labor Notes book, Secrets of a Successful Organizer. Can you donate to get resources like these into more hands? 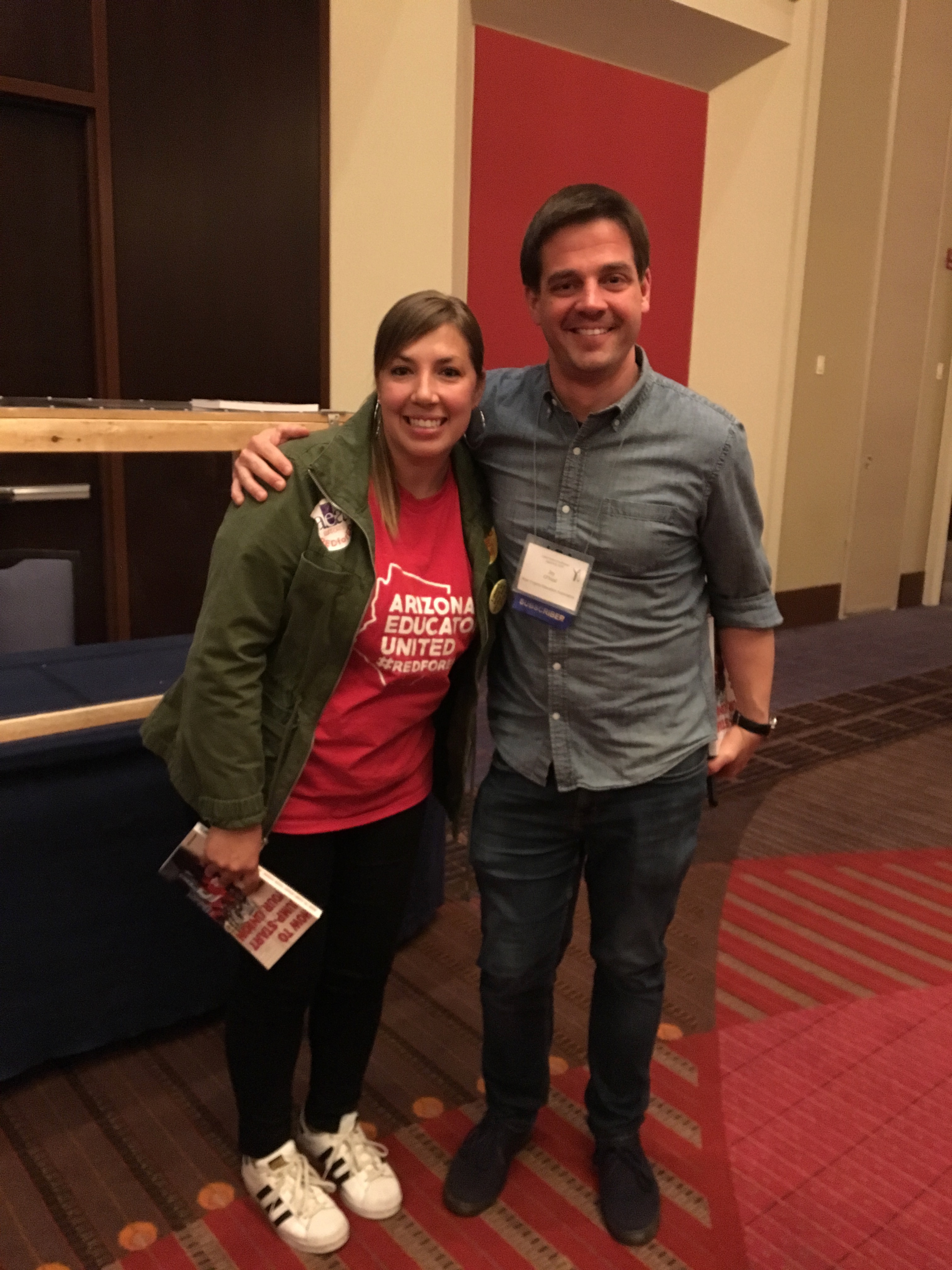 Rebecca and Jay at the 2018 Labor Notes Conference in Chicago.

We felt like rock stars at the Labor Notes Conference in April. It was great to learn that people had been following our struggles (thanks to terrific Labor Notes coverage) and even using our tactics. More than anything, though, we were there to steal ideas and learn from others.

One of the best things Labor Notes has done is put us in touch with an incredible network of rank and filers all over the country. Now we can pick up the phone and bounce ideas off of teachers in Chicago, Los Angeles, Massachusetts, and many more.

Labor Notes is one of a kind. It’s a lifeline when we need inspiration or advice. It’s practical when we need nuts and bolts. Most important, Labor Notes shows us that we’re not alone.

We know there are many more people like us who would love to be a part of a network like this. Can you donate today to help Labor Notes reach them?

*Organizations listed for identification purposes only.