George H.W. Bush: Not So Civil After All 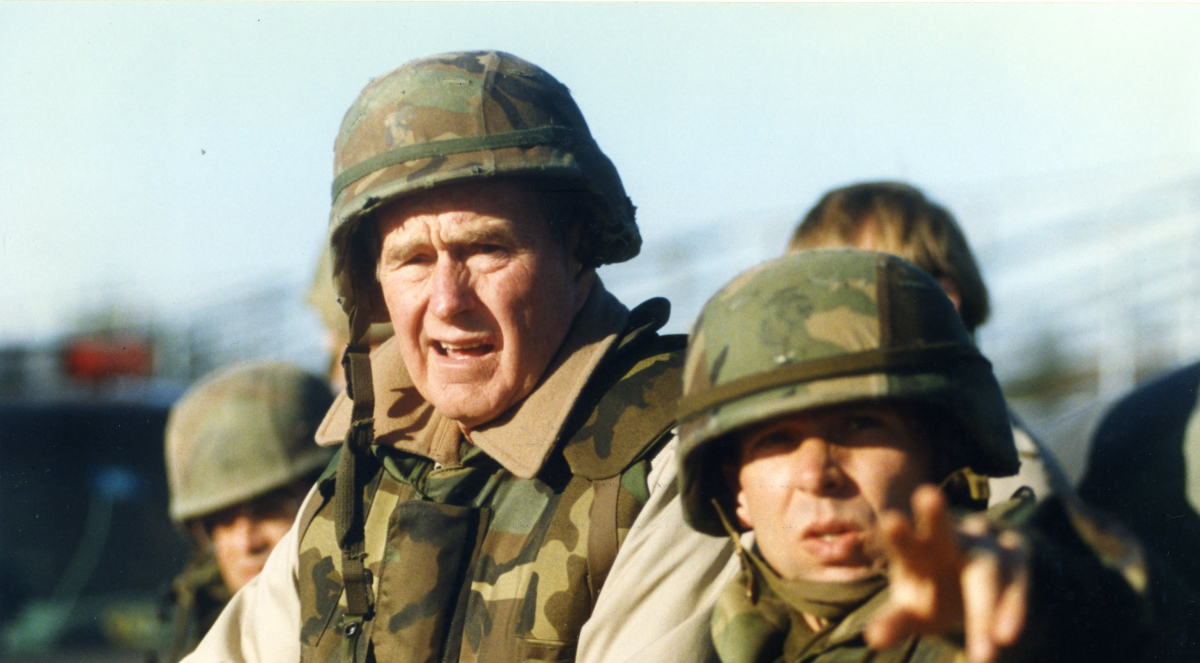 Our current president’s crass behavior—along with an outpouring of sentimental media coverage and a wish to avoid speaking ill of the dead—has some looking back fondly on Bush. But there’s little “civility” in what Bush’s actions actually meant for billions of workers around the world. Photo: USMC Archives (CC BY 2.0, cropped)

In the thousands of words spilled for the late George H.W. Bush, you won’t find the names of Argentine workers Pedro Troiani and Carlos Propato.

The two union activists were among those detained and tortured in 1976 at a Buenos Aires Ford plant and later at a secret detention facility run by a military dictatorship, a government supported by then-CIA Director Bush.

Days after Bush’s funeral, two elderly former plant executives were sentenced to prison for their role in kidnapping 24 union delegates.

Bush’s legacy, though, of harming or killing millions of workers across the globe is still being whitewashed.

Throughout his political career, Bush oversaw or facilitated state violence and other crimes against workers in Brazil, Bolivia, Chile, Paraguay, Uruguay, Nicaragua, Panama, Iraq, and beyond. The thousands of Central American migrants on the recent caravan, like millions before them, are fleeing violence and poverty that spiraled out of control thanks to the regimes that Bush and Reagan backed and armed.

Back in the U.S., Bush’s labor policies caused immense harm too.

According to Georgetown historian Joseph McCartin, Bush was intimately involved in the Reagan administration’s preparation for the 1981 air traffic controllers’ strike and “did nothing to soften Reagan’s stance on the PATCO firings.”

As president, he crafted the North American Free Trade Agreement—with even weaker labor and environmental safeguards than in its final form.

He crafted attacks on public schools through privatization and standardized testing, carried out by his Republican and Democratic successors ever since.

One bright spot: Bush did sign the Americans with Disabilities Act.

But he also twice vetoed the Family and Medical Leave Act because he felt it should be voluntary for employers to provide unpaid leave to workers with newborns, new adoptions of children, or family members with health crises.

Bush was also opportunistically racist. In his first campaign for Senate, he opposed the Civil Rights Act of 1964, which outlawed segregation. As vice president, he helped coordinate the racist War on Drugs; as a result the U.S. now has the world’s largest prison population, at 2.3 million.

His 1988 presidential campaign created the infamous “Willie Horton” television ad, paving the way for racist ads all the way through to Trump’s targeting of undocumented immigrants.

Nor has Bush been held adequately responsible for the silence of his administration, like Reagan’s, as the AIDS crisis devastated the LGBT community. By the end of Bush’s presidency, HIV was the leading cause of death for men in the U.S. aged 25 to 44.

His most notable judicial legacy is Clarence Thomas, whom he cynically appointed to the Supreme Court to replace its first African American justice, civil rights legend Thurgood Marshall.

Thomas has voted to limit employer liability for sexual harassment, to deny back pay to undocumented workers fired for organizing, and to allow public employers to substitute comp time for overtime pay. He reliably backs the Court’s anti-worker majority. And of course Thomas was credibly accused of sexual harassment himself—a crime that Bush was accused of too.

WE CAN DO BETTER

Our current president’s crass behavior—along with an outpouring of sentimental media coverage and a wish to avoid speaking ill of the dead—has some looking back fondly on Bush.

But there’s little “civility” in what Bush’s actions actually meant for billions of workers around the world.

It will take decades to claw back what we lost under Bush. And in many cases, like Troiani’s and Propato’s, the damage can’t be undone.

Let’s not wax nostalgic for the rich and powerful of the past. A better future will be one without their destructive influence.