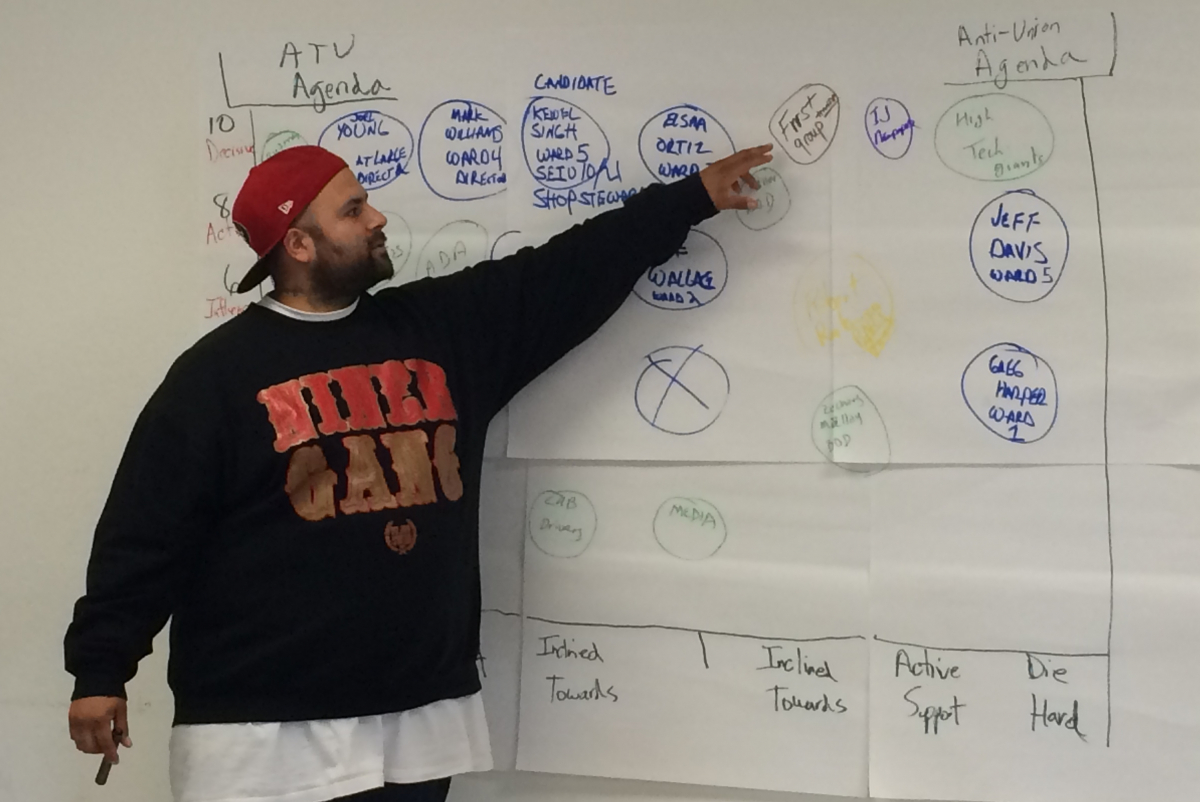 Did you know? Labor Notes organizes schools and can provide trainings, such as this one with an Transit Union (ATU) local. Contact Julia or Samantha at 718-284-4144.

Back-to-school isn’t just for kids. At Labor Notes we’re jumping into Troublemaker School season—which kicked off in Gainesville, Florida, where 50 troublemakers learned how to conduct open bargaining, how to build a community coalition to fight wage theft, and even what makes a good union meeting.

Troublemakers Schools are lined up in San Diego, Halifax, Vermont, and D.C. this fall, with more planned in 2015. But that’s not the only place we’re forging savvier troublemakers.

“A union’s role, and a union officer’s role, is not to move paper and to move grievances,” said Amalgamated Transit Union President Larry Hanley at the 2012 Labor Notes Conference. “It’s to move people.”

That’s why his union has sought out Labor Notes. We’re working with ATU to send trainers from our network to lead local workshops on being a steward, building leadership on the job, and gearing up for bargaining.

Trainer Stefan Ostrach wasn’t sure what to expect when he hit the ground in Boise, Idaho, to lead a session the local president had promised would be packed. Sure enough, Ostrach arrived to find over half the union’s membership present and ready to dig into the workshop on Building Union Power.

On Cape Cod, Joe Fahey led a training on grievance handling and getting more members involved with transit workers from all over Massachusetts—and beyond. Local leaders who’d traveled from Bridgeport, Connecticut, were “engaged and enthused,” Fahey reported. They were strategizing how to use the 10 percent of members who were already active to “build a structure that can reach 100 percent of the membership.”

After helping campus security guards win union representation last year, students have been organizing solidarity actions and convening meetings of students and workers from various unions and shops—dining service workers, librarians, administrative assistants, buildings and grounds workers, and the guards. They quickly saw the need for some union skills training.

In a session on building power by tackling everyday workplace problems, workers brainstormed creative escalations: A solidarity sign for librarians and administrative assistants to display on their desks. A sticker day for security guards trying to get a new chair to replace an uncomfortable one at the campus gate. Students and workers leafleting together about campus worker struggles. 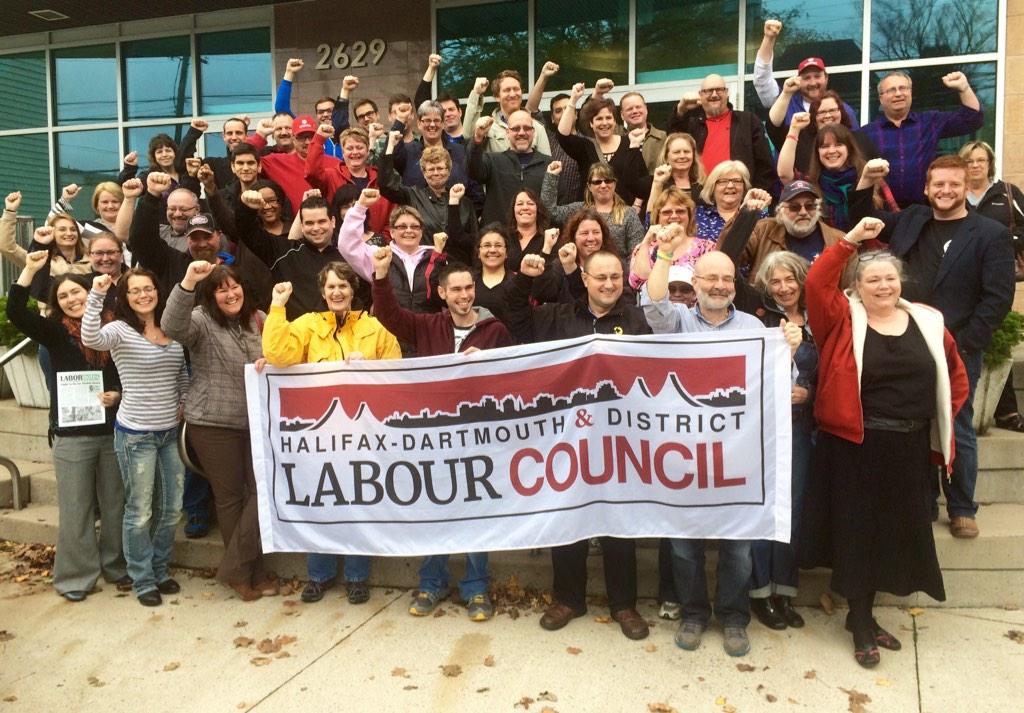 In a session on workplace mapping, workers from Buildings and Grounds strategized about how to bridge divisions in their unit. Administrative assistants and librarians planned outreach to unknown members in other buildings.

A week later, the skills were already being put to use. A Dining Services worker collaborated with students to finish mapping her workplace, and started meeting one-on-one with leaders she had identified.

Labor Notes staffers were also on hand for the New York State Nurses biennial conference, where Mark Brenner led a workshop on the War on Pensions, and the Communications Workers Local 1037 stewards conference, where we taught Beating Apathy, Roots of the Public Sector Budget Crisis, and Running an Effective Worksite Meeting.

If you’re interested in bringing a training to your local, or a Troublemakers School to your area, contact Julia or Samantha at 718-284-4144.