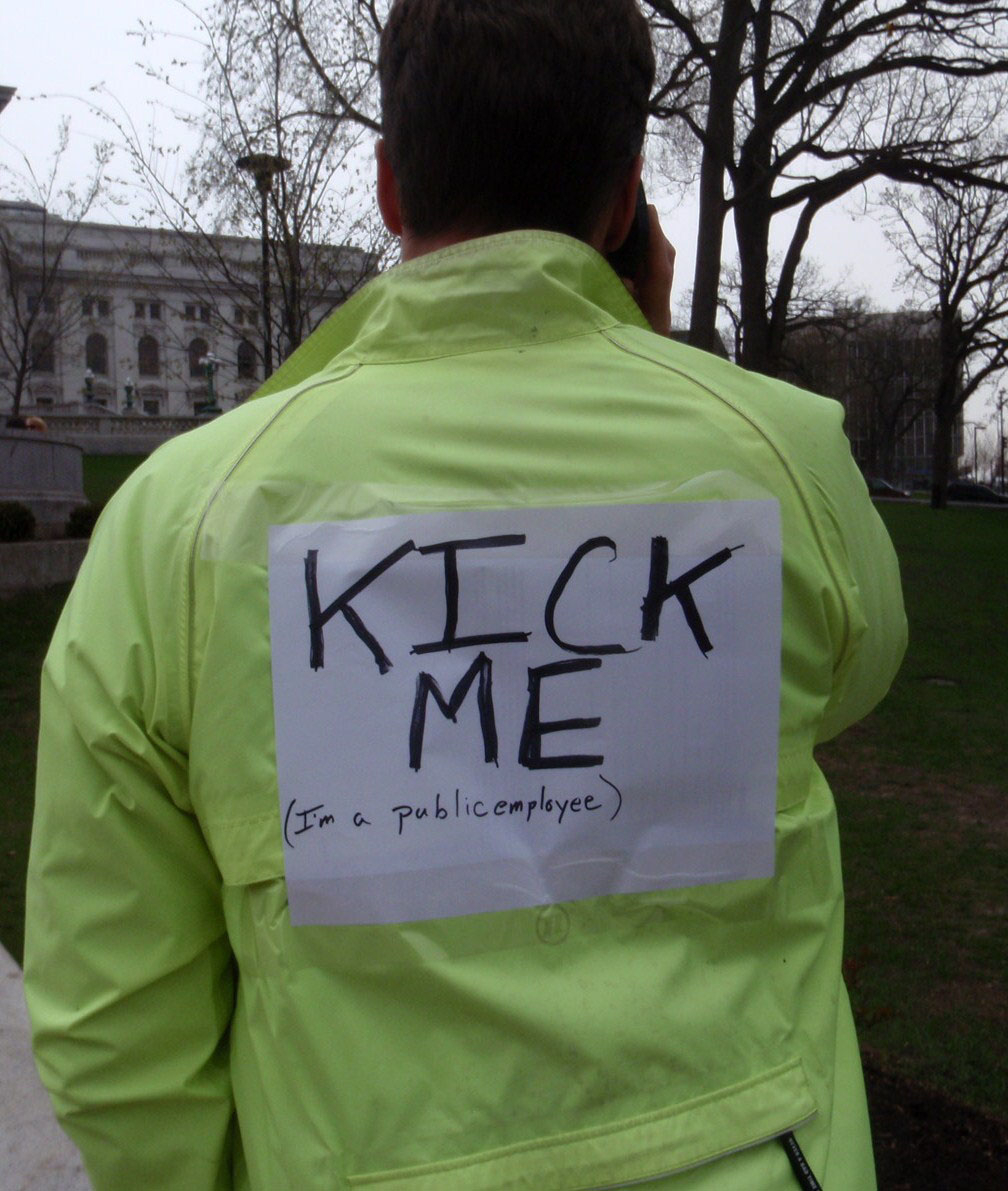 With a straight face, Wisconsin Governor Scott Walker proclaimed Wednesday State Employee Recognition Day, along with a new recognition program that would reward workers for "outstanding conduct in serving the people of Wisconsin."

In response a group of state employees from several unions proclaimed their own State Employee Depreciation Day Thursday, with a ceremony on the steps of the Capitol.

Energy efficiency specialist Barbara Smith reminded the crowd that public workers are about to lose 10 percent of their pay when Walker’s Budget Repair Bill is implemented, while cuts to public services will affect nearly everyone in the state.

Smith read a “Proclamation of Indignation” and handed out awards. Arts Board workers whose jobs are being eliminated received a blank canvas and a music box without music, “to highlight the new no-Arts future.” Wisconsin corporations were awardees too: they received a pair of fangs, “the better to take profits from workers’ hides,” Smith said, and a commemorative pen from Supreme Court Justice David Prosser’s visit to Walker’s office on election night, “the better to allow corporations to keep writing the laws in their favor.”

Amy Kerwin, a Madison city parking worker, played "On Wisconsin" on her trombone.

Jane Slaughter is a former editor of Labor Notes and co-author of Secrets of a Successful Organizer.
Related
Open Bargaining Brings the Power of Members to the Table in Berkeley »
Employers Are Using the Crisis to Push Concessions They Don't Need »
New Jersey Welfare Workers Sound the Alarm on Safety »
New York City Retirees Fight to Defend Their Medicare Benefits »
Virginia Public Sector Workers Are Organizing to Make Their New Bargaining Rights a Reality »