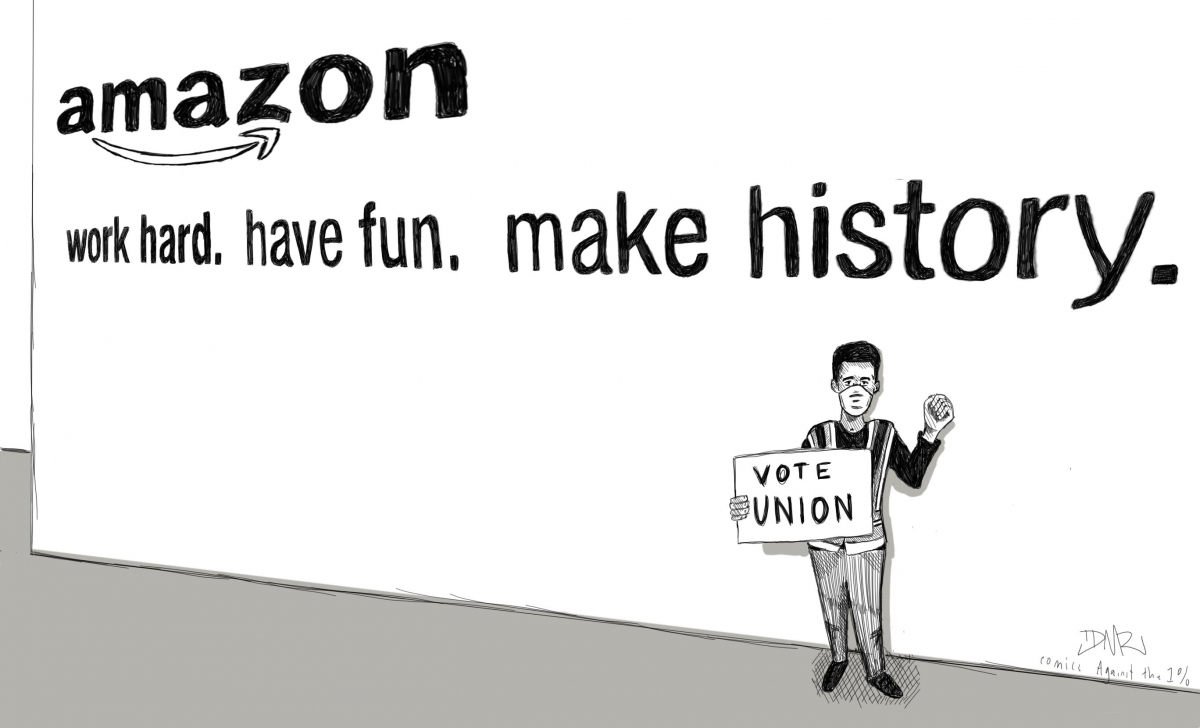 Luis Feliz Leon is a staff writer and organizer with Labor Notes.luis@labornotes.org
Related
How My Co-Workers Got Me Reinstated at Amazon's San Bernardino Air Hub »
Viewpoint: Burgerville Workers’ Lessons for Independent Unions »
Global Actions on Black Friday Unite Workers to ‘Make Amazon Pay’ »
What Would It Take For Rail Workers To Win? »
Southern Service Workers Launch a New Union »