How to Take the Initiative in Health Care Bargaining 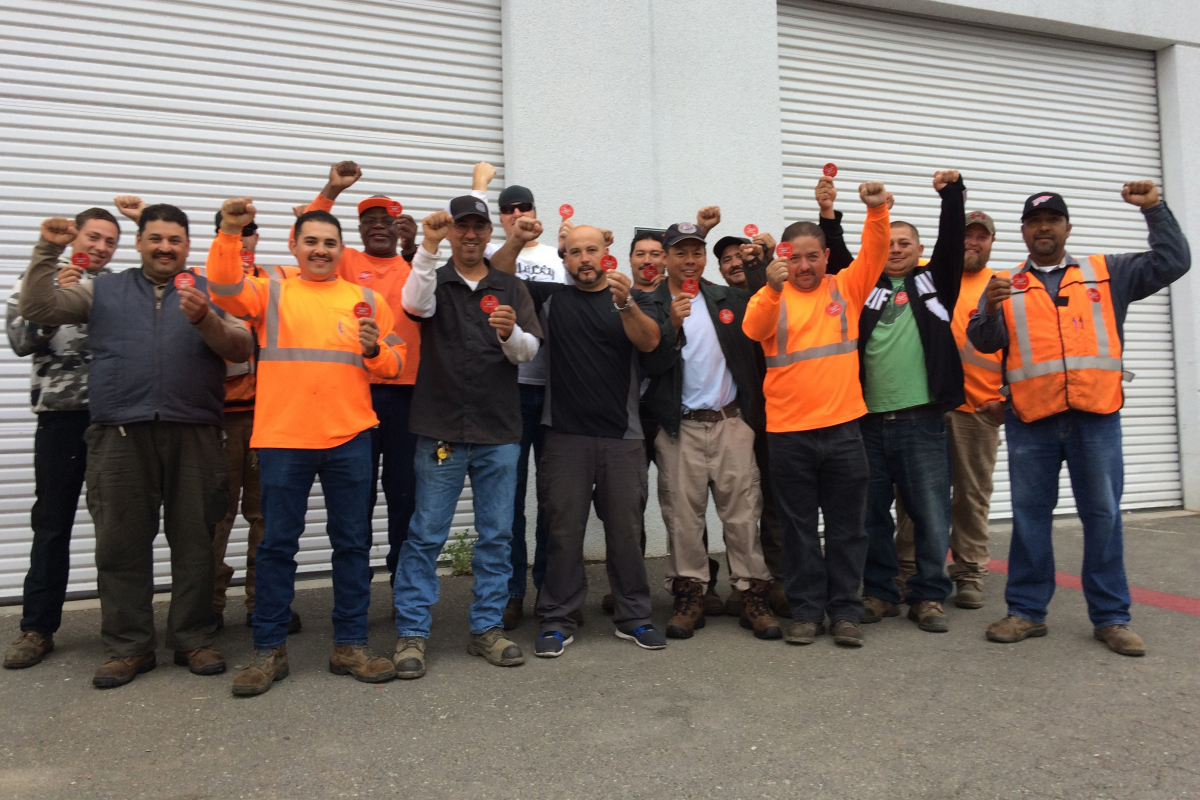 For decades unions have been on the defensive, battling for access to affordable health care.

It’s evident in the excuses we hear from co-workers and even some union leaders, when employers push cuts to our insurance: “It’s better than what non-union workers get.” “At least we still have dental.” “Everybody else is paying more, so we have to, too.”

In a country where only 11 percent of workers belong to unions, and where the leaders of both major parties oppose single-payer health care, it’s not surprising that the bosses and insurance executives get their way.

But in the United Electrical, Radio, and Machine Workers (UE), the union I’m president of, we’re trying to change that dynamic. We are working to develop tools and strategies to go on the offensive.

A big part of that is changing the conversation at contract time about what we propose and what’s fair. By doing this we’re not only getting better immediate results, but also developing in our membership a new common sense about health care and how it’s financed.

We know that the universal health care everyone deserves won’t be won in a single shop—but we’re laying the groundwork to set our sights higher in future fights that can bring workers together across a whole chain or geographic area.

UE's PowerPoint presentation and toolkit for local bargaining over health care is available at laborforsinglepayer.org or ueunion.org. For more information contact the UE, pknowlton[at]ueunion[dot]org or 412-471-8919.

We believe health care is a human right. We make that real with basic principles for what we propose:

We may not get all these principles, but they’re solid goals to shoot for. Attaining them eases workers’ financial and emotional stress. Members don’t have to worry so much about their own and their families’ health needs. Aren’t those pretty basic things to ask?

In the last few years, we’ve begun to add another principle:

Suppose you pay a certain percentage of the premium for health insurance, for instance 5 percent. That means the less you’re making, the more of your income is eaten up by insurance.

It’s the most regressive of taxes—and make no mistake, health care premiums are a tax, whether we’re paying the government or an insurance company. After all, health care isn’t an optional service. It’s a basic right, like public education.

There are some UE shops, mostly in Vermont, where members pay premiums on a sliding scale. The less you make, the lower the percentage of premium you pay. This system helps lower-wage workers, though it still falls short of the fairest system—a percentage of your income, with low or no co-pays or upfront deductibles.

Insurers want lower-wage workers to bear the financial brunt of the system—so that we won’t actually use the insurance, they won’t have to shell out payments to providers, and they can keep raking in the premiums every month. Employers pocket some of these savings too.

Three years ago I was in negotiations with a Massachusetts school district. The employer proposed that our members, who were food-service workers and custodians, pay 50 percent of their premiums. After all, the town employees had been paying 50 percent of the premium for decades.

The union put together an online petition against this proposal, and a presentation showing what percentage of income this represented—for food service workers, custodians, teachers, administrators, and the superintendent.

The difference was astounding. Food service workers who chose the family plan would be spending over 80 percent of their paychecks for health insurance, while administrators would pay only 11 percent. The school committee had never looked at health insurance that way before.

Our campaign introduced this perspective not only to the committee and our own members, but also to union allies and the public. We won the argument, and those members still pay much less than 50 percent of the premium.

One of the best tools we’ve developed is a survey that members fill out before contract time, showing how much they paid for health care the previous year. That includes premiums, deductibles, co-pays, co-insurance, everything. The amounts are added up, then divided by the member’s annual pay, to find out what percentage of their paycheck went to health care.

We use these numbers to start a discussion with members about what they pay and what percentage they think the bosses pay. Invariably the more you make, the sweeter the deal you have. The surveys generate a great discussion about fairness and the 1% versus the 99%.

With these surveys the negotiating committee can know for certain what the employer’s proposals will cost members. The committee has hard data on the impact of raising the upfront deductible, or of increasing co-pays for drugs or emergency room visits.

When you tell an employer that this proposal means certain members will pay an additional $2,500 a year, and you can specifically lay out how, that’s powerful information. It puts a human face on what the boss is proposing to do—and sometimes even how it will affect members’ children. It also raises another issue of fairness. Why should a certain worker pay so much greater a share, just because she’s unlucky in her illnesses?

Telling these stories among members builds strong solidarity. People want to fight for those co-workers who are going to be especially hard hit. Fairness and solidarity with those who are getting treated unfairly are powerful motivators.

Another step in our bargaining strategy is to ask the employer to sign a letter to the legislature, supporting single-payer health care.

We discuss this idea with members first and make it part of our proposals. We do it to strengthen the link between what we’re fighting for in the contract and the political solution we ultimately need. Since employers are the primary obstacle to single-payer, we will have to force them to support it.

The employer always refuses to sign our letter. When workers hear that the company refuses to accept our proposals for relief, refuses to back off of pushing for even more concessions, and refuses to support a single-payer system that’s more fair (and less expensive), it steels members even more to fight back.

The problems associated with paying “percentage of premium” aren’t going away. The inequity is only getting worse. As premiums rise and income inequality deepens, the same percentage increase is taking a bigger and bigger chunk of your pay.

A system where you make workers pay more and more of their incomes for insurance every year isn’t sustainable. The Affordable Care Act was never designed to contain costs or to help workers who have unaffordable insurance. Unions must continue to fight for a political solution—a single-payer system.

But in the meantime, at the bargaining table, we have to go on the offensive—to defend members’ access to affordable health care, prepare them to fight the boss on this issue, and lay the basis for a wider fight to make health care a human right.

Peter Knowlton is general president of the United Electrical, Radio, and Machine Workers of America.

A version of this article appeared in Labor Notes #448, July 2016. Don't miss an issue, subscribe today.
Related
Union from The Start (You Don’t Have to Wait) »
Management Rights: A Pitfall When Negotiating Your First Contract »
Employers' Productivity Standards Are Not Real Science. Here's How to Push Back »
The Sign Says It All: How Unions Can Stop Employers from Crying Poor »
Steward's Corner: Sustaining the Organizing Surge »