How to Phonebank When Members Screen Their Calls 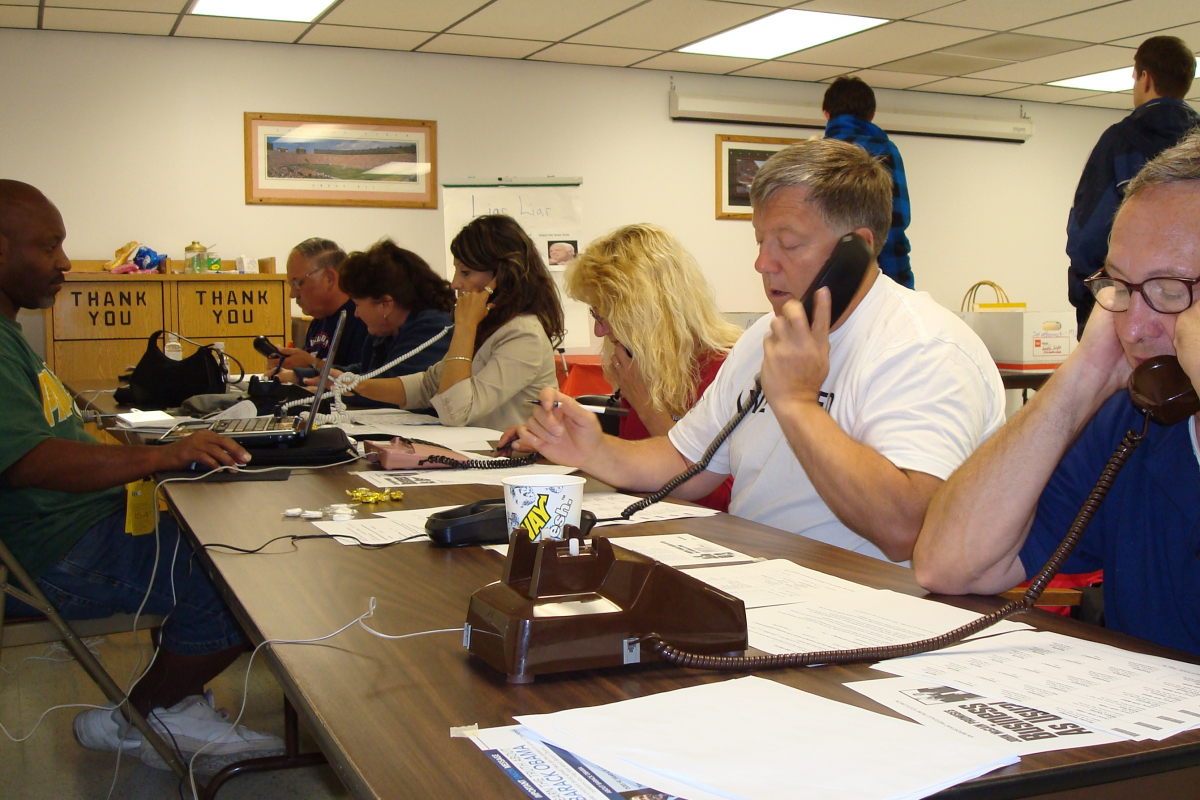 Phonebanks can become nothing more than a manual version of a robo-call, when members don't pick up unless they know the caller. Here's how to keep that from happening. Photo: AFL-CIO.

Teamsters in Rhode Island stunned the union old guard and took back their statewide local from entrenched incumbents last fall.

Two weeks into their new term, Local 251’s reform leaders had cut officer salaries by $300,000 a year, members were choosing their stewards and bargaining committees, and more than 110 stewards turned out to the local’s first steward seminar.

The reform slate affiliated with Teamsters for a Democratic Union (TDU) won by 112 votes out of 2,522, in a local of 5,500. Their get-out-the-vote campaign made the difference between victory and defeat.

GOTV is, of course, no substitute for building a base. GOTV can’t get you votes that you didn’t organize otherwise through member-to-member contact, but it can boost turnout. Since union elections are often low-turnout affairs, GOTV can be the deciding factor.

“Phonebanking wins elections,” says Richie Johnson, secretary-treasurer of Teamsters Local 814 in New York. “You can come out with the best flyers and the best T-shirts, but when the ballot comes to your house it’s in a regular envelope. Most people think it’s a bill. You’ve got to remind people to vote and you’ve got to be relentless.”

Members don’t like to be phonebanked. Wrong. Most members like to hear from grassroots union campaigns they support. They feel like their side has a chance.

Everyone has already voted. Wrong. When turnout is low, GOTV is critical.

“I’ll make calls from home.” No, they won’t. In TDU, we’ve learned the hard way that centralized phonebanks are critical for keeping callers focused and for tracking the data to make sure every supporter is called until they vote.

PICK UP THE PHONE!

TDU started phonebanking in the age of land lines and answering machines. Smart phones have created new opportunities for networking, but they’ve changed the rules of the game.

Many people don’t answer their phones anymore if they don’t recognize the incoming number. The rank-and-file phonebank, once an opportunity for member-to-member outreach right before a vote, has been reduced in many cases to a manual version of the robocall—since no one answers, all the caller has a chance to do is leave a scripted message on voicemail.

Enter Clare Shropshire, a rank-and-file pipefitter from Oregon. A featured speaker in the “Running for Union Office” workshop at the 2012 Labor Notes Conference, Shropshire explained that she matched all contacts in her campaign database with the person who knew them and had collected their phone numbers.

Her phonebanking rule: no one gets a call unless they are called by someone they know.

As luck would have it, I was chair of the Labor Notes workshop that day. Shropshire’s idea struck me as genius but also too tough for most groups to pull off. I filed it away.

USING ALL YOUR DATA

Meanwhile, Rhode Island TDUers were spending two years building the rank-and-file database that became the centerpiece of their GOTV strategy.

They petitioned to change their local union bylaws to win the right to elect their stewards and bargaining committees. They held raffles, picnics, educational conferences, spaghetti dinners, and organizing meetings.

Whenever they did a petition, the name of the person who'd gathered the names was included on each sheet. And every name and number from every ticket, sign-in sheet, or petition got entered into their database.

Before their local union ballots were mailed, I told campaign manager Nick Williams about Shropshire’s tip for getting people to answer their cell phones.

“I printed up copies of our database and sat down with our leaders and core volunteers,” Williams said. “Wherever we could, we matched up voters with a campaign activist. We called everyone, but where we could, members got a call from someone they knew.”

The numbers tell the story.

In my experience, the number of phone numbers collected is the number one predictor of how many votes reformers will receive in Teamster local elections. Rhode Island TDUers had 1,314 phone numbers in their database. They received 1,234 slate votes.

“Pretty compelling data,” Williams said. “Taking the time to attach the names to a familiar contact made the difference in our close election.”

David Levin is an organizer with TDU. For more tips, order Running for Local Union Office: A Complete Guide ($20) at www.tdu.org—and come to the Labor Notes Conference.