Should a 15,000-Ton Train Be Operated Single-Handed? 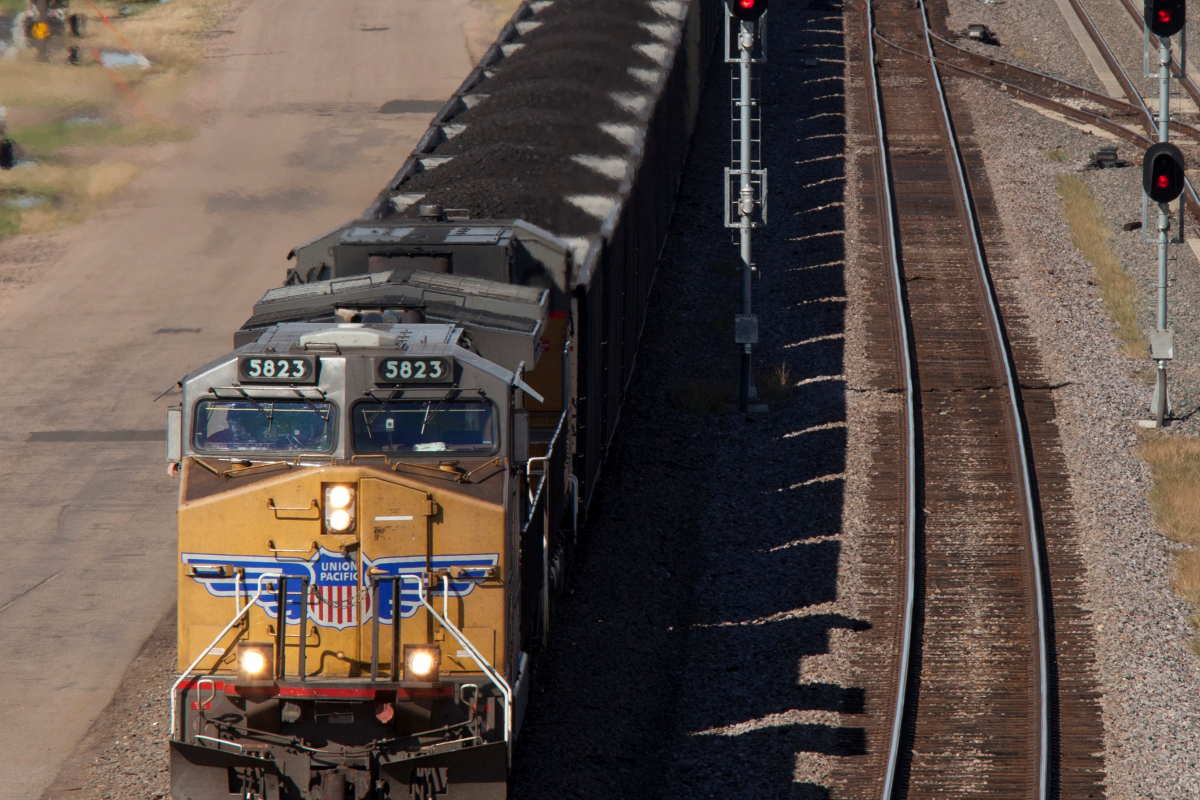 Railroad employers are pushing for single-employee trains, but a cross-union coalition of rank-and-file railroaders is taking up the challenge to stop this dangerous trend. Photo: Jim West, jimwestphoto.com.

Back in the old days, in order to operate safely, a freight train used a five-person crew—an engineer, a fireman, two brakemen, and a conductor.

After two-way radios and electronic air brake monitoring allowed the railroads to eliminate the caboose in the 1980s, crew size went down to three.

Tough contract negotiations eliminated another crew member, so now almost every freight train rolling across the U.S. is operated by just an engineer and a conductor.

Railroaders fear the conductor will be next to go. The railroads say they want single-employee trains, and leaders have allowed language to seep into contracts that says if crew size is reduced to one, that last remaining crew member will be an engineer or a conductor—depending which union is negotiating the language.

With union officials asleep at the wheel on this dangerous prospect, Railroad Workers United, a cross-union coalition of rank-and-file railroaders, is taking up the challenge to stop the runaway train.

Some trains are over 10,000 feet long and weigh more than 15,000 tons. Engineers drive the train and take care of the engines, but the freight conductor does the rest. If anything goes wrong with the equipment, the conductor walks the train to find blown air hoses, broken couplers, or trespasser accidents. If the train stops in a busy town, the conductor can quickly separate the train to allow emergency equipment to reach blocked rail crossings.

Both engineer and conductor are licensed by the Federal Railroad Administration (FRA), with constant retraining and on-the-job testing to ensure compliance with the many operating rules and regulations that govern trains.

We are drilled in the railroad’s Homeland Security awareness plan and told that the security of the nation’s railways depends on our two sets of eyes observing every inch of our unsecured railroad infrastructure.

The rail industry in the U.S. is highly unionized and divided along craft lines into 13 unions. The Brotherhood of Locomotive Engineers and Trainmen (BLET), now part of the Teamsters, mostly represents engineers, and the United Transportation Workers (UTU), which merged into the Sheet Metal Workers to form SMART, represents the conductors.

For years the railroads have divided train crews by pitting the leaders of these two unions against each other.

Several years ago, the railroads introduced a technology called Remote Control Operation (RCO). Inbound train cars come to the “yard” to be received, separated, and regrouped into tracks so that outbound trains are built with cars all going to the same destination. Yard crews used to consist of engineer, brakeman, and conductor.

Now many yard crews have been reduced to a lone conductor with a remote control device strapped to his/her body. He remotely operates the engine’s throttle and brakes to move cars from track to track, while also uncoupling cars, throwing switches, and talking on the radio to the yardmaster and to incoming engineers.

At first BLET and UTU leaders stood united against remote control, but because an attempt to merge the two unions failed, UTU leaders broke ranks and agreed to remote operations—eliminating many engineers’ jobs.

Several remote control operators have been killed or severely injured, crushed or run over by their own equipment. Of course, the companies’ accident investigations blame operator error, but they never address the underlying cause of these errors: forcing one person to take over the duties of three while operating dangerous equipment.

The railroads want road freight crews to face similar downsizing. After a freight train and a commuter train collided in Chatsworth, California in 2008, killing 25 and injuring 135, Congress mandated another new technology, Positive Train Control, by 2015.

The unions have been advocating PTC, as a safety measure, for years, while the railroads have claimed it was too expensive. PTC monitors trains by computer and satellite GPS. The computer can stop the train if the crew does not brake or slow down correctly.

Plans are to phase in PTC first on passenger train routes and where there is a heavy volume of hazardous material. Some railroads are already experimenting with a form of PTC for “cruise control” to conserve fuel.

But the railroads believe PTC will position them to reduce crew size to one—a safety problem not only for train crews but also for the public, since train crews in over-the-road freight service are subjected to grueling fatigue.

Crews are on duty 24/7/365 and receive only a two- or three-hour notice to report for work at any time of the day or night. They normally take a train from their home terminal to an assigned away-from-home terminal and lay over there until a train is available to return home. They can be called again, and often are, after only 10 hours off. Then they may remain on duty for up to 12 hours.

All this makes it hard for crew members to adjust the demands of their personal lives and their rest time so that they are properly rested for work when called.

The railroads supply a “train line-up” for workers to estimate when they may go to work—but the line-ups are often incorrect by 12 to 24 hours, and a crew must work when called, whether rested or not.

The unions have been trying to negotiate fatigue mitigation for years, without much success. The railroads deem it too costly. So conductors and engineers rely on each other’s help to fight fatigue and maintain awareness of all the conditions of their train and surroundings.

Single-employee crews would leave a fatigued solitary railroader alone to deal with the duties and problems of both engineer and conductor. Railroaders know that mistakes on their part can endanger not only themselves but also the communities they pass through.

RANK AND FILERS STEP UP

No rank-and-file worker thinks single-employee operation is a safe idea. But despite RWU’s requests, officials of the two unions aren’t saying where they stand. Many workers are afraid their leaders might agree to one-person crews in order to gain some advantage over the other union.

RWU has kicked off a national campaign to stop single-employee operations. We are distributing educational flyers and bumper stickers to spread the word, and we are reaching out to community organizations.

We are asking rail union locals to petition our union leaders to get on board. To protect rail workers and the public, we have to keep safety from going off the rails.