Gifts in honor of Tim Schermerhorn 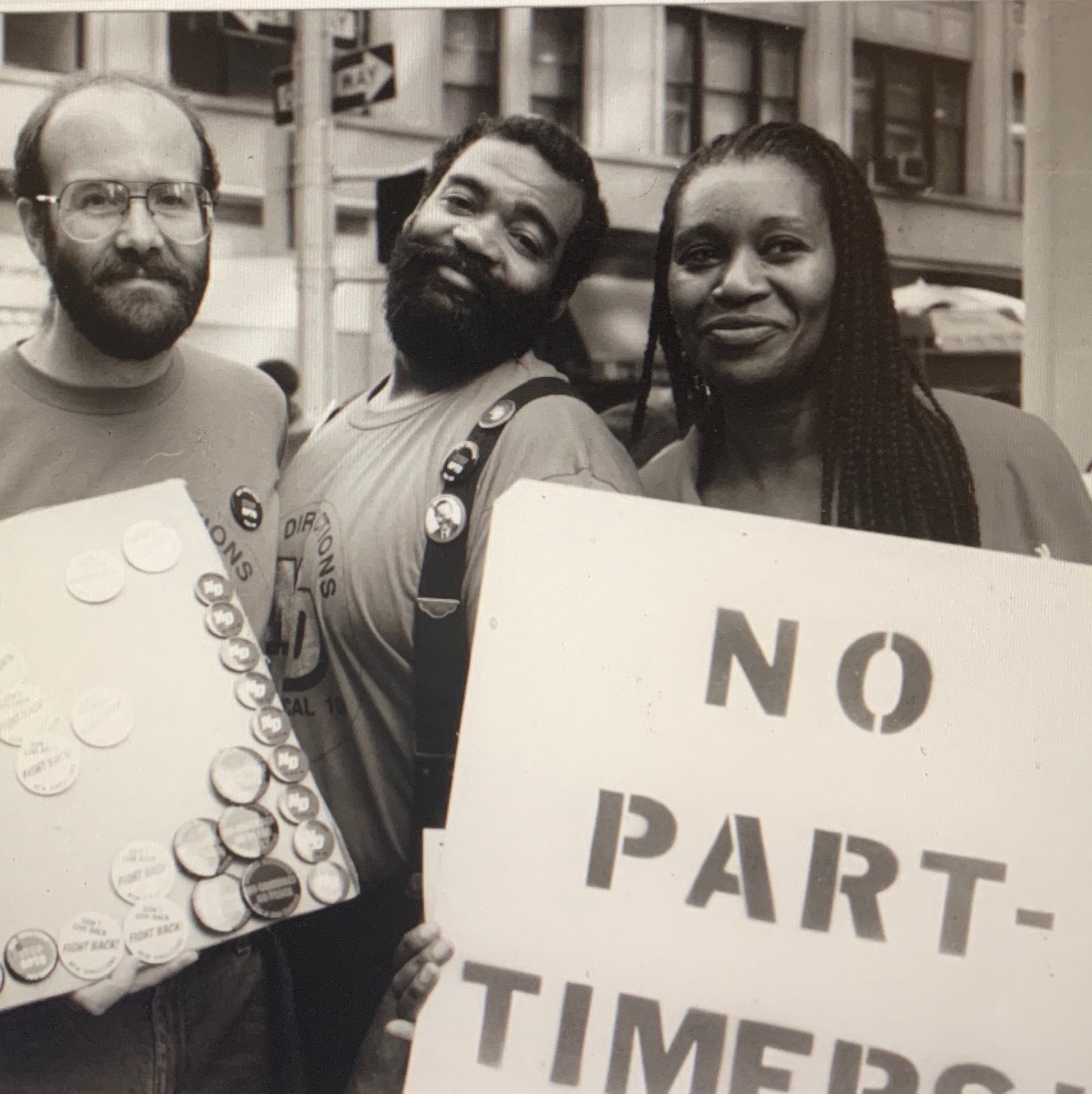 Tim Schermerhorn, center, was a leader in the New Directions caucus in TWU Local 100, dedicated to building union power.

Tim Schermerhorn was a subway train operator, rank-and-file activist, union militant and officer, socialist, troublemaker, and Labor Notes board member. As a founder of the Hell on Wheels newsletter in 1984, and later the New Directions caucus, he was central to building the confidence and organization of the generation of transit workers hired after the 1980 transit strike.

Although Tim served as a union officer for many years, his preferred role was as a rank-and-file activist. On the road, in addition to confrontations with abusive supervisors, he led many slowdowns and helped teach others how to work to rule.

After retirement, he still worked with young activists in different unions to help them deepen their commitment to rank-and-file power. Tim also regularly organized classes on W.E.B. DuBois’s Black Reconstruction in America; the intimate connection between class struggle and Black liberation remained the core of his politics throughout his life.

Tim will be remembered and honored by the thousands of workers he inspired or led in fights for decent working conditions, better treatment, and justice and dignity on the job and in society. We miss him dearly.