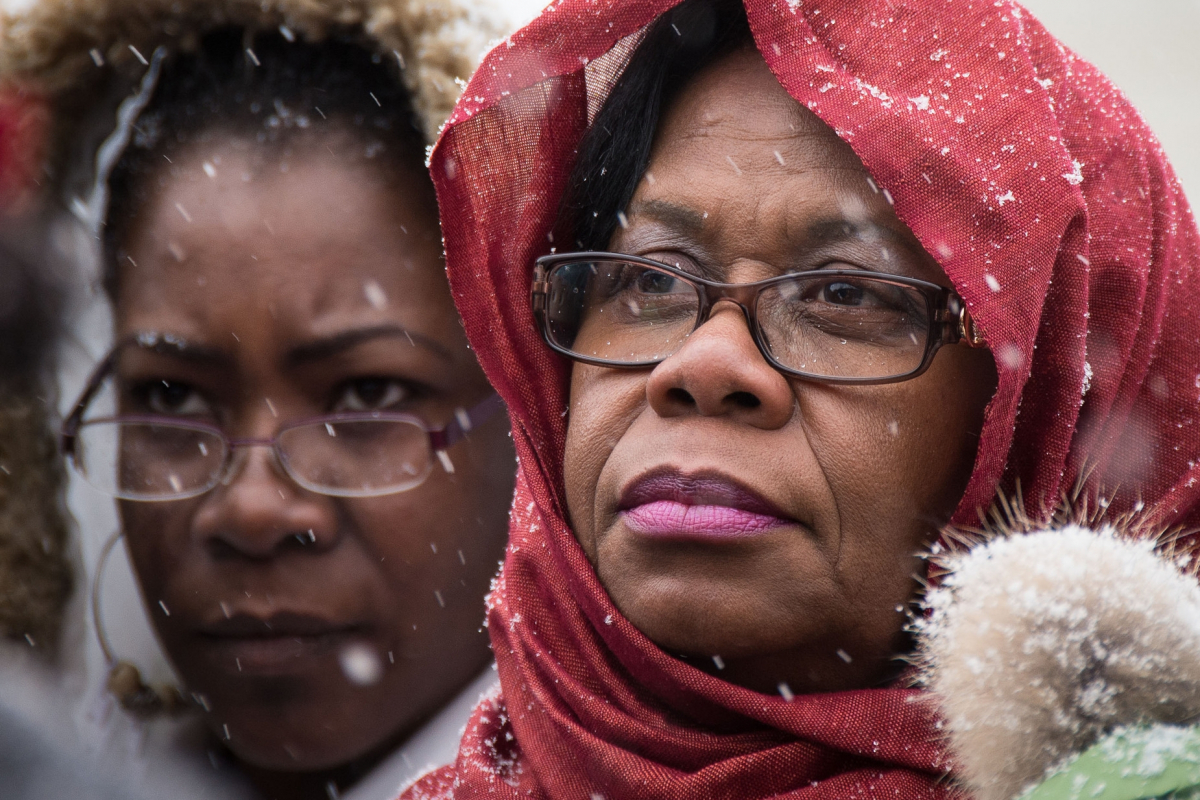 Homecare workers rallied at the Supreme Court in January while the court heard Harris v. Quinn. The court decided that unions could not collect fees for representation from such workers, but voluntary union dues are OK. Photo: David Sachs, SEIU (CC BY-NC-SA 2.0)

When the Supreme Court struck down agency fees for Illinois home care workers, declaring them “quasi-public employees,” it dealt a blow to union budgets and strength—but the Harris v. Quinn ruling didn’t say anything about home care workers’ rights to organize.

And sure enough, another batch of home care workers has just voted 3,543 to 2,306 to join SEIU Healthcare Minnesota.

The Minnesota union that will represent the 27,000 home care workers already represents 15,000 hospital and nursing home workers in the state

The same organization that brought the Illinois case to the Supreme Court, the National Right to Work Legal Defense Foundation, had tried to block the election, but a judge allowed it to move forward.

Meanwhile, rather than wait for legal challenges in states beyond Illinois, unions in Oregon and Washington have announced they will stop deducting fees from their existing home care fee-payers, who pay for bargaining services but aren’t members. Those workers can either pay nothing, or become union members and pay dues, which is what the union hopes they will do.

The high court’s June ruling was a bad sign for all unionized public sector workers, who were put on notice that their rights could also be chipped away by future lawsuits. Public sector unions began bracing themselves for the ruling months in advance, Samantha Winslow reported:

As Harris v. Quinn moved through the courts, public sector locals, particularly those with home care units, worked to bolster their membership numbers.

In anticipation of the ruling, this year AFSCME passed a resolution called “50,000 Stronger,” urging each local to contribute to signing up 50,000 new members. Locals pledged to sign up 30 percent of fee-payers at each worksite by July 2014. They also vowed to recruit and train 800 new member activists to help sign people up.

Similarly, SEIU Healthcare Illinois Indiana has been working on reducing the numbers of fee-payers by signing people up as members. [Executive board member Flora] Johnson was among those who went out visiting Illinois home care workers. Reached before the decision came down, she said, “I know it will have some effect on us, but not to the effect where it’s going to stop us.

“We have had organizing campaigns going on. Most of all, people are coming and telling us they want to join the union because they see the progress the union has made.”

Winslow discussed the ruling’s implications in a radio interview on KPFA’s Letters and Politics and also on Equal Time Radio, where she joined Vermont home care worker Amanda Shepard.