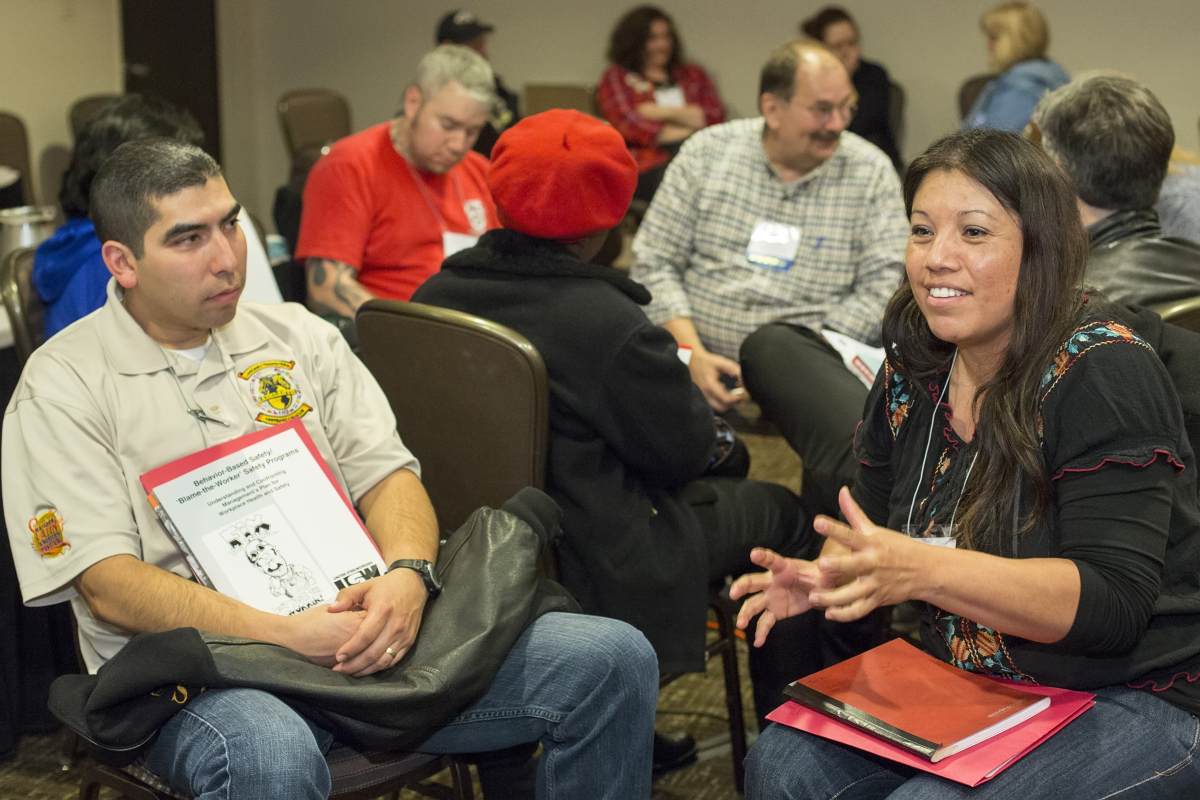 Organizers came together during the 2014 Labor Notes conference to share strategies on developing stronger unions in their workplaces and industries. Stewards councils are one way to expand the union’s presence. Photo: Jim West/jimwestphoto.com.

With only five stewards for 1,700 workers, demoralization was high at the Harbor-UCLA Medical Center in Los Angeles.

The union, the old Service Employees (SEIU) Local 660, was very weak there. Many members complained that the union did nothing, and they wanted out.

The only solution was to build the union at the facility. The most active stewards met and we came up with an assessment and a plan. We knew we couldn’t handle every problem at the facility at once, so we decided to concentrate on one manageable work area of about 20-30 workers at a time. We used three key criteria to decide where to focus our efforts:


Once we found such a group, we had three goals: (1) organize an issue campaign that would involve a significant majority, (2) try to win a victory, and (3) recruit at least one leader to become a steward. Our long-term goal was to have at least one steward in every work area, on every shift, in a ratio of at least one steward for every 20 workers.

The council would function as a democratic body—we would elect officers and write and approve a simple constitution, bylaws, and mission statement that mandated member input and democratic practices. All the while, we would need to keep recruiting.

At a Los Angeles medical center, the Service Employees Local 660 stewards council decided they wanted member feedback before deciding what training to offer.

Each steward talked to co-workers and listed what kinds of information they thought would be most useful. Stewards brought the council’s ideas back to members, too. “It doesn’t make sense to hold classes if they aren’t the things the members think are important,” said one steward.

The feedback clearly said members wanted tools to deal with daily problems: how to investigate a grievance, how to write one, how to interview witnesses, how to prepare your case, and how to present it.

A number of workers also asked how to solve problems without filing a formal grievance, allowing us to introduce ideas of collective action into the classes, by discussing the big gains made at key times in labor history through mass marches, strikes, and other collective action.

Since we gave examples of how individual grievances with great merit were routinely denied by management, this led naturally to a class on organizing.

We used a workshop-type approach, with small group discussions, role plays, and skits. We also used real on-the-job problems in the classes. We made sure to get feedback at the end of a class with a quick evaluation form.

The classes accomplished our most important goal—to empower the stewards and raise their level of union consciousness. More stewards left with the skills and tools they needed to better handle problems the job.

Two workers on the hospital’s 4 West ward called the union, complaining that management had issued a memo stating that workers had to bring in a doctor’s note if they took a sick day in December. The usual policy had required a doctor’s note after three days off.

When stewards met with the callers, they said everyone was strongly opposed to this change. But we chose to circulate a petition to gauge the level of support. Doing so could teach leadership skills to signature gatherers.

Within three days, 23 of 25 workers signed. We decided to file a group grievance and have as many people come into the grievance meeting as possible.

The lead workers mapped their work area by making a list of all the workers there. They got 12 workers to agree to come and speak at the grievance meeting. They came in on their breaks, two at a time, every 15 minutes. It took an hour and a half, and work slowed down considerably.

Management was worried, and backed off on enforcing the new rule. Workers were happy and one leader became a steward.

We repeated this process in other work areas and within four months we formed the interim stewards council. Within eight months, we had built a permanent stewards council that had elected its own officers.

The council put out letters and leaflets in its name, conducted larger campaigns at the facility, and was soon seen by workers and management as the union at the worksite.

Internal education is essential for a strong, well-functioning stewards council. We decided to hold steward training classes early in the recruitment process. We held them after work at the hospital, once a week, to make it easy for stewards to attend. Regular classes covered the nuts and bolts of daily union action—grievances, communications, problem-solving. Others covered specific issues the union was building campaigns around.

Most of the classes emphasized looking for group issues, because fighting for a group would strengthen the union much more than fighting for just one person.

We also set up a mentoring program. New stewards would accompany more experienced ones to meetings with management to see firsthand how issues were handled. As they gained knowledge, skills, and confidence, they began to participate more and more.

Our goal was to get as many stewards as possible to run meetings with co-workers and management by themselves. This gave the union a big boost.

Soon, word was out that the union was alive and growing. Workers in other areas came to us, asking to become stewards. We asked them to help on a project and then brought them aboard.

Within a year and a half, we had 35 stewards and the union was winning some victories. Things were far from perfect, but management knew that the union was there.

Stewards councils make a big difference. When workers have one, they feel that they are the union—and that they have power.

Related
Management Rights: A Pitfall When Negotiating Your First Contract »
Employers' Productivity Standards Are Not Real Science. Here's How to Push Back »
The Sign Says It All: How Unions Can Stop Employers from Crying Poor »
Steward's Corner: Sustaining the Organizing Surge »
Steward's Corner: Using Pressure to Settle Grievances »