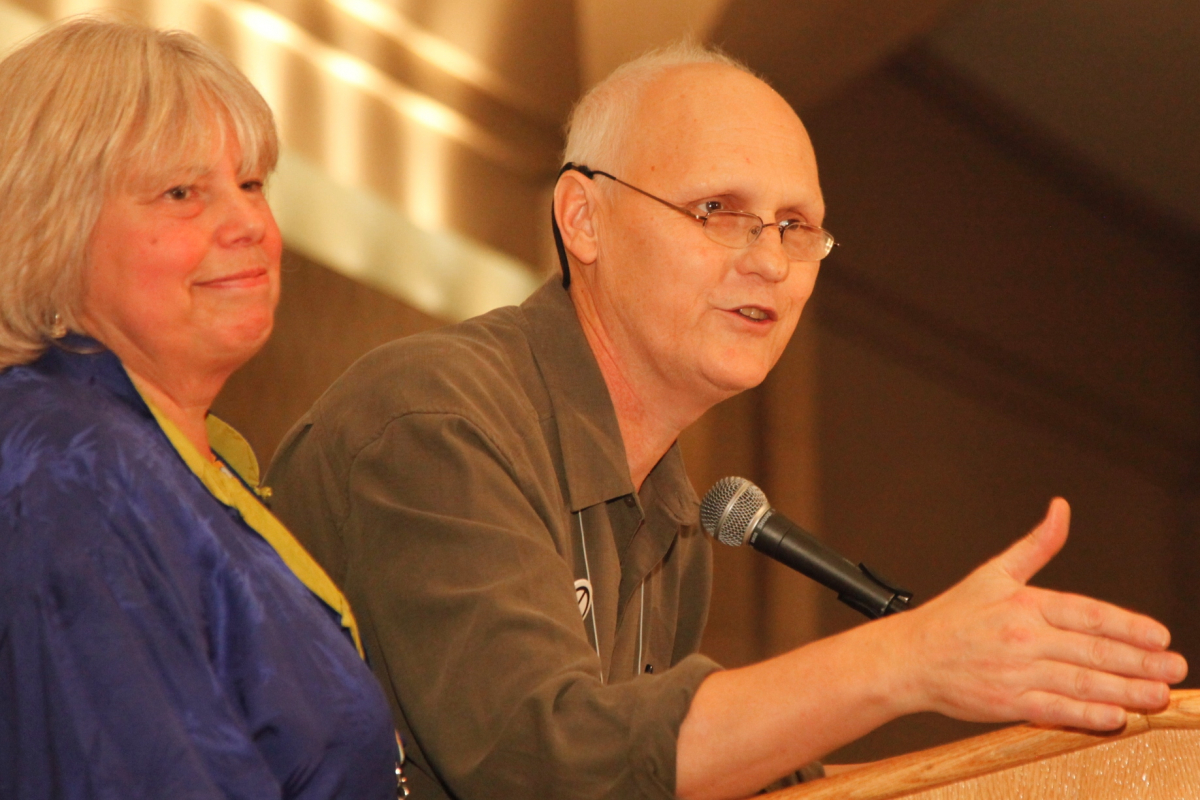 Charley Richardson passed away on Saturday, six years after his diagnosis with cancer. The well-deserved tributes to his work and memory are many, but I want to focus on what made him stand out among labor educators—and among union leaders.

That was his devotion to the workplace, to life on the job: to helping workers figure out how to wrest control from management’s clutches in the place where we spend most of our waking hours.

Charley was relentless in his belief that the seat of workers’ power was their ability to control their conditions of work and to act together where it counted. “Surrendering the shop floor means surrendering the future,” he warned.

I first knew Charley and his close colleague and wife Nancy Lessin (herself a formidable labor educator) in the 1980s, when labor-management cooperation programs were the management fad. It may be hard to remember, in these times when management feels no need to pretend to be nice, that in those days a major goal was to lure union leaders and members into programs that taught “we’re all on the same side.”

Charley was just about the only labor educator (outside of Labor Notes) who made a specialty of helping workers fight these programs. His “Tricks and Traps” opened the eyes of countless union members who knew something smelled fishy about the nice phraseology of cooperation.

He would take participants in his trainings through the seemingly apple-pie aspects of a cooperation program and take apart why each was a trick and a trap: brainstorming as a problem-solving method, consensus as a decision-making method, first-name basis, “win-win” solutions, trust-building exercises (like falling backward and having the other guy catch you), no discussion of the contract, using a “parking lot” for hard issues.

And Charley always gave practical advice for how to operate when management was trying to impose its own ground rules. Working for the University of Massachusetts-Lowell and the Steelworkers, he must have trained thousands of workers.

Out of this came Charley’s concept of “continuous bargaining,” which he taught, with Nancy, at many a Labor Notes Conference. (See a slideshow here.) Continuous bargaining meant that any session of any program when union members were in a room with management was not a gathering of individuals; it implied a table with sides. Unions should bring the attitudes and tactics they used in bargaining to every confrontation with management.

Of course, Charley led these eye-opening sessions with humor, sarcasm, and the utmost respect for members’ experiences—and often compared today's conditions to the solidarity he knew when he worked in a shipyard near Philadelphia.

Who Controls the Workplace?

As management’s interest in participation programs waned, Charley took up other aspects of the workplace, specifically how technology is used to

Charley always made the point that monitoring is not about catching a few slackers—which is where most people’s minds go when they hear they’re to be under scrutiny. It’s about gathering data on just how the work is done in order to analyze it, break it down into components, and then speed it up and eliminate jobs.

“He understood how technology could liberate people and make jobs easier, but more often was used for control,” said Mike Parker, Labor Notes’ own expert on cooperation programs.

Charley also wrote movingly about how the trend to work alone was undermining solidarity. “Solidarity is at the core of union power and depends on personal connections among workers, created in the course of interaction in the workplace,” he said.

It seems obvious, on one level—but Charley continually chafed at the fact that most unions were letting management have its way, through inaction. They were ignoring how the restructuring of the workplace leads to isolation. Speedup itself (no downtime), combining jobs so you’re doing it all yourself, Big Brother-type monitoring, weird schedules, use of temps and contractors from different employers, even the elimination of networking jobs like mail room clerks—all reduce the chances for human contact.

Charley wrote, “If I call someone from a different office to ask for information, I am very likely to chat with that person as well. If I have to walk over to another office, I’m likely to run into others and have a talk. If I go on the computer to get information, I chat with no one (especially if it is monitored). As one medical worker put it: ‘There is a lot more communication, and a lot less interaction.’”

In 2010 Labor Notes gave Charley the Troublemakers Award. At our conference banquet he told the audience he might not be around for the next conference—but he hung in there and taught “Continuous Bargaining” again in 2012. We’re sure the knowledge that so many people benefited from his work was one thing that kept him strong.

I want to add a final personal note. That is about Charley’s attitude toward his own death. He wasn’t in favor of it, but he was able to discuss it openly and frankly, without euphemisms. At the 2010 Teamsters for a Democratic Union convention, we sat for a while in an empty dining room, and I learned a lot about how to be in the world when your time grows short.

Goodbye, Charley. You—more than most—were truly one of a kind.

To make a donation in Charley’s memory, he has asked that you go to:

Iraq Veterans Against the War

U.S. Labor Against the War