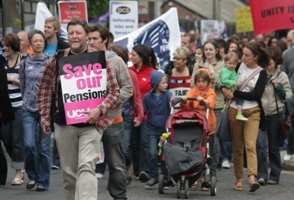 A version of this article appeared in Labor Notes #393, December 2011. Don't miss an issue, subscribe today.
Related
Chicago Teachers Are Voting on Whether to Defy Monday's Reopening Order »
Cleveland Heights Teachers Strike in the Snow, Beating Austerity with Solidarity »
Why Did California's Tax the Rich Measure Lose? »
Viewpoint: Don’t Count on New York Unions to Stop the Cuts »
With City's Economic Future in Doubt, Can New York Unions Stop the Cuts? »