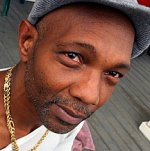 "Our union is not in a hurry, we’re not rushing it,” says Eduardo Peña, lead organizer for the United Food and Commercial Workers’ (UFCW) campaign at the Smithfield Foods hog-processing plant in Tar Heel, North Carolina.

After suffering two election defeats at the 5,500-worker operation, the largest hog-processing plant in the world, the UFCW has adopted a more long-term, multi-pronged approach. The union will rely on a combination of Tar Heel workers’ own activity, support from UFCW members in other facilities, and actions by supporters around the country who see the union drive as a civil rights and workers’ rights crusade.

Gene Bruskin, who began working on the campaign in January 2006, says it’s the largest organizing drive in Southern manufacturing in years. “If the labor movement can’t organize the South we can’t succeed,” he says, pointing to the dozens of auto plants built there in recent decades and the 25,000 packinghouse workers in North Carolina alone. The largest turkey processing plant in the world is a Smithfield plant in North Carolina.

“The Tar Heel plant is big enough and important enough and close enough to other places that it has the possibility of moving other people,” Bruskin says. “The possibilities of organizing packinghouse workers would be transformative for the labor movement, for immigrants, for African American workers, for the South.”

To establish a presence in the Tar Heel community and build a base of trust for the union, the UFCW founded the Eastern North Carolina Workers Center over three years ago. Peña describes the workers center as a place “where workers could come in and ask questions about their rights without it being the union office. The idea was to create a safe space.”

The union faces huge obstacles, though, including a ruthless, notoriously anti-union management and a workforce divided by race.

Smithfield worker Edward Morrison was fired after he tore cartilage in his knee pushing 200-400-pound hog carcasses, one of the hardest jobs in the plant. He is one of the approximately 30 percent of plant workers who are African American, and he’s now a representative-in-training for the union.

He describes a segregated workforce, with some lines made up of Latino immigrants (60 percent of the plant) and others of Blacks. “They [management] want to pit you against each other,” he says. “They want us to think they [Latinos] want our jobs, and they want them to think we’re lazy.”

“I know so many who have carpal tunnel syndrome, who’ve been stabbed by knives, and the story ends the same way — they’re fired in the end,” says Edward Morrison, who himself was fired after an injury. Photo: David Bacon.

North Carolina’s immigrant population increased 274 percent between 1990 and 2000, the largest increase of any state. Many of them came to work in the state’s many meat and poultry plants.

Mostly, says Peña, Black and Latino workers are not talking to each other. They’re scattered over a wide area, tend to live in different communities, and don’t know each other’s languages.

Says Bruskin, “The union knows there’s a basis for unity. Given the opportunity and a good translator, people are open. Their world is segregated…but get them in a room and facilitate a conversation and it doesn’t take long to move past that stuff.”

Organizers are slowly building Black/Latino unity, with a mixed 15-person organizing team made up of former plant workers and people from the area.

What workers share are horrifying conditions—blood, cold, heat, gore—and a line speed that causes repetitive strain injuries and a yearly turnover of 38 percent (Smithfield’s figure) or 50 to 100 (the union’s estimate).

“I know so many who have carpal tunnel syndrome, who’ve been stabbed by knives,” says Morrison, “and the story ends the same way—they’re fired in the end.”

Some of those injured workers have found help through the Workers Center. The center provides a workers’ compensation lawyer, help with immigration matters, English classes, and a monthly potluck, for any workers in the community, not just those at Smithfield.

The workers center came about partly because of the plant’s organizing history. The union narrowly lost an election in 1994 and filed unfair labor practice charges.

The company agreed to another election in 1997, promising fair play—and proceeded to fire union activists, threaten to close the plant if a majority of workers voted for the union, and intimidate and assault union supporters.

The union filed charges again—but then left town, waiting for the legal process to take its slow course.

“There was a lot of skepticism because of what happened in ’97,” says Peña. “We feel guilty about it. Unions come in and attempt to organize, especially in the rural South. If you lose, you pack your things and leave, and when you get a decision from the Labor Board three or four years later, you come back and people say, ‘Where’ve you been?’

“This time, we said we are here and we’re going to remain here no matter what. We’ve been here three years and we haven’t gotten a penny out of the community. It’s transformed the expectations of the workers.”

It was this long-term commitment, Peña believes, that enabled the union to help immigrant workers organize a march for their rights on May 1.

Earlier, by handbilling Latino trailer parks, the union had helped bring 300 people to an April 10 march in Wilmington, North Carolina, nearly 200 miles away. Local activists then began talking to local officials and religious leaders about a May 1 march in Lumberton, not far from the Smithfield plant. They got permission to use a fairgrounds four miles outside of town, with a march route through a Black neighborhood.

Five thousand people showed up. All the packinghouses in the area called off work for the day—except Smithfield, where production was severely curtailed.

All the Smithfield workers who worked on organizing the march became leaders in their departments, Peña said. But the action—a source of great pride for Latino workers—also caused resentment among African Americans at Smithfield, who came to work that day.

Says Bruskin, “African Americans who are poor and never saw the economic benefits of the civil rights revolution are seeing Latinos doing their jobs and standing up for themselves—some of them are saying, ‘Whoa, what about me?’”

The union wants management to agree to a union recognition procedure that would allow workers to make their wishes known without intimidation, such as card check.

After losing at the NLRB and, in May 2006, at the United States Court of Appeals, Smithfield management has now declared that it will abide by the law—in fact, the company wants an election. It also announced a raise, from $8.10 to $9.20 an hour.

The union’s not buying the clean-hands promise. Says Bruskin, “This does not pass the smell test. After 10 years of repeatedly abusing people on a regular basis, spying on employees, firing them when they get injured, not letting them have rights to organize, both the courts and Human Rights Watch find them guilty—the company comes to the end of the road where it can’t appeal any further, and suddenly they find Jesus?

“One week after our campaign is launched, they want a vote.”

Bruskin is referring to the external, community-support aspect of the campaign, which began the week of June 19 with rallies in seven cities. The union sent teams of workers to speak in New York, Richmond, Washington, D.C., Chicago, Boston, Raleigh, and Atlanta.

In Richmond, for example, three different Black ministers’ groups took up the cause. In Boston, community-based Latino organizations sponsored an event, along with Jobs with Justice. In Chicago, a coalition of immigrant rights groups, Jobs with Justice, and Ministers for Racial, Social, and Economic Justice organized a solidarity event.

Another action is planned at the Smithfield shareholders meeting in Richmond in late August.

Equally important will be the support the UFCW intends to muster from within its own ranks. The UFCW represents 13,000 workers at other Smithfield plants around the country, and it plans to tap them for the Tar Heel campaign (see sidebar).

Also crucial, of course, will be the workers’ own actions inside and outside the plant (see sidebar).

Peña tells of a meeting held just before the Week of Action. Twenty Latino and African American workers wanted to show their support from inside, and decided to wear their yellow Justice at Smithfield/Justicia en Smithfield t-shirts on the same day.

Organizers began phonebanking workers to find out who would participate, and delivering the shirts to their homes. “They felt, ‘by wearing our shirts, we might not sit at the same table, but people will see it and know something is going on,’” Peña said.

Peña sees such actions as “win-win” for the union. “If the company allows workers to do this type of thing, it creates a lot of buzz. Then if the company starts repression, they already allowed workers to take a step forward.

“Even if a decision was made at a higher level to respect the law somewhat, supervisors on the lower level are not going to take it. It’s not fun for the supervisor for 15 workers to show up wearing the same shirt. The supervisor is used to complete control.”

Will backing from thousands of supporters, including their sisters and brothers at other Smithfield plants, embolden Tar Heel workers to join hands across the language barrier and confront management?

If they do, it will be their first step toward decent working conditions in an industry that’s thrived on exploitation. Says Morrison, “It doesn’t end just because they win a vote.”