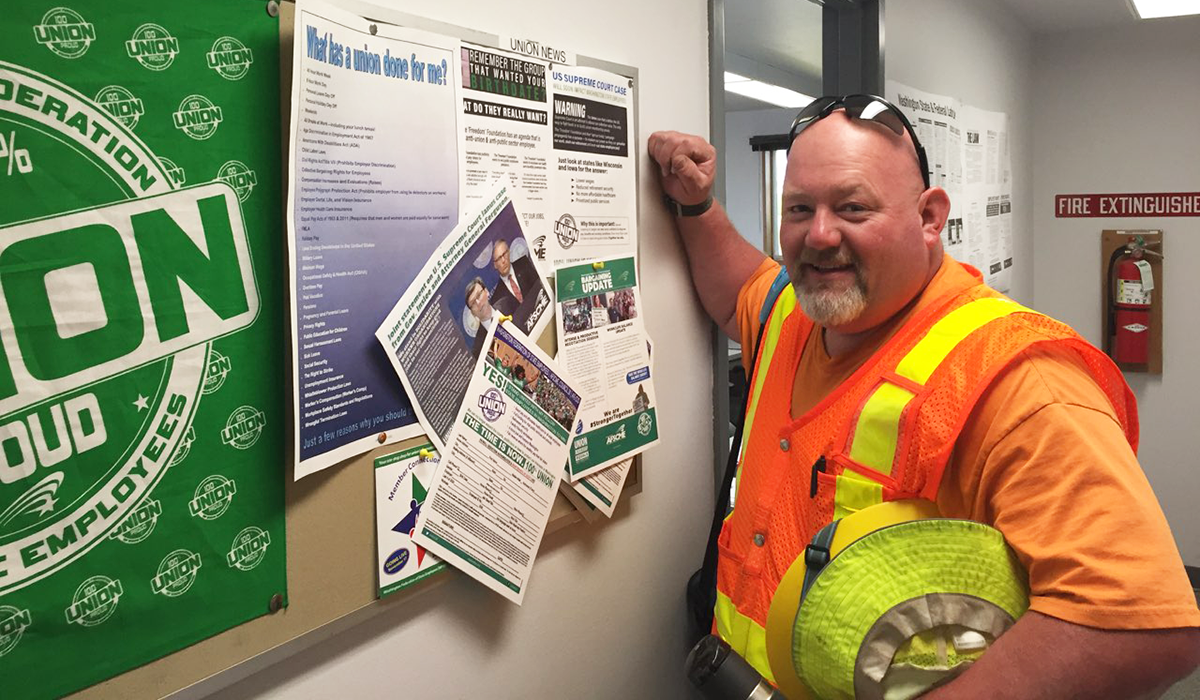 Being a steward is a hard, often thankless job. That simple fact makes the turnover in some unions terribly high—a sure recipe for a weakened union and a corps of seriously overworked veteran stewards.

It doesn’t have to be this way. Experienced stewards can use what they’ve learned to bring newer stewards along—to mentor them with opportunities, resources, encouragement, and support. Just the way a seasoned mechanic can show a new apprentice a few tricks, so too can the veteran steward lend a hand to the newcomer. Here are some ideas on how to do that.

First, put yourself in the new steward’s shoes. Remember what it was like when you had to handle your first grievance. You were probably nervous, self-conscious, unsure of yourself, and afraid of blowing the case for the member who’d come to you for help.

Support the new steward with encouragement, positive comments about their commitment to the union and their efforts to help others. Acknowledge the skills they’ve already developed and assure them they’ll continue to learn and grow.

Here’s a skill you’ve developed over the years that you’ve served as steward. You can put it to good use as a mentor. Ask new stewards how things are going and let them talk about what’s been happening, without commenting.

Paraphrase what you hear first; don’t jump right in with explanations or answers. Sometimes just having the chance to talk will allow new stewards to “think out loud” and work their own way through a problem. Plus, it will help you develop some trust, so that new stewards will feel comfortable coming to you when they’re stuck or have made a mistake.

INTERVENE AS GENTLY AS POSSIBLE

At some points, you will want to step in with advice or direction. Try to remember that adults learn best if they figure things out for themselves, not when someone simply tells them the answer. The more you tell new stewards what to do, the more dependent they become on you.

When tempted to intervene with advice, stop and think: What is the lowest level of intervention that might work in the situation?:

1. Don’t do anything, especially if the result of the steward’s making a mistake will not be serious.

The steward will learn from mistakes.

Ask questions for your own clarification and to help the steward learn to think through a problem. “This is an interesting argument you’re making on this grievance form. Why did you choose the discrimination clause as the basis for the grievance? Is that the only language you think applies in this situation?”

This is useful when the steward is facing a new situation and having trouble deciding what to do next: “You have several ways to go with this safety issue. You could confront the supervisor now, you could do some more investigating on your own, or you could get with the workers in that department and see if they have ideas about correcting th problem and would be willing to approach the supervisor with you. What do you think would work best?”

Don’t do this unless the steward is at a complete loss about what to do next or is extremely discouraged or low-energy.

For example, “When I’ve had to deal with a suspension like this, I’ve always made it a point to check out how other workers have been treated who’ve committed the same offense. The personnel office has good records on absenteeism disciplines.” This is a strong intervention that denies the new steward the chance to think through the situation and encourages dependence. Your goal is the opposite: to get the steward functioning independently from you.

5. Give an explicit direction.

This is the most forceful form of intervention and should not be used unless all else has been tried and failed, and when time is short. “Word the grievance like this and file it NOW. The time limit is up at 5:00 p.m. today!!” Some people will be relieved when you do this, but they won’t necessarily do it right the next time, either. Others may be angry. Still others may resign.

Your mentoring efforts will pay off when you see new stewards handling their own grievances with confidence and competence. You’ll have helped them reach the potential that was inside them all along, and you’ll have a more manageable workload yourself!